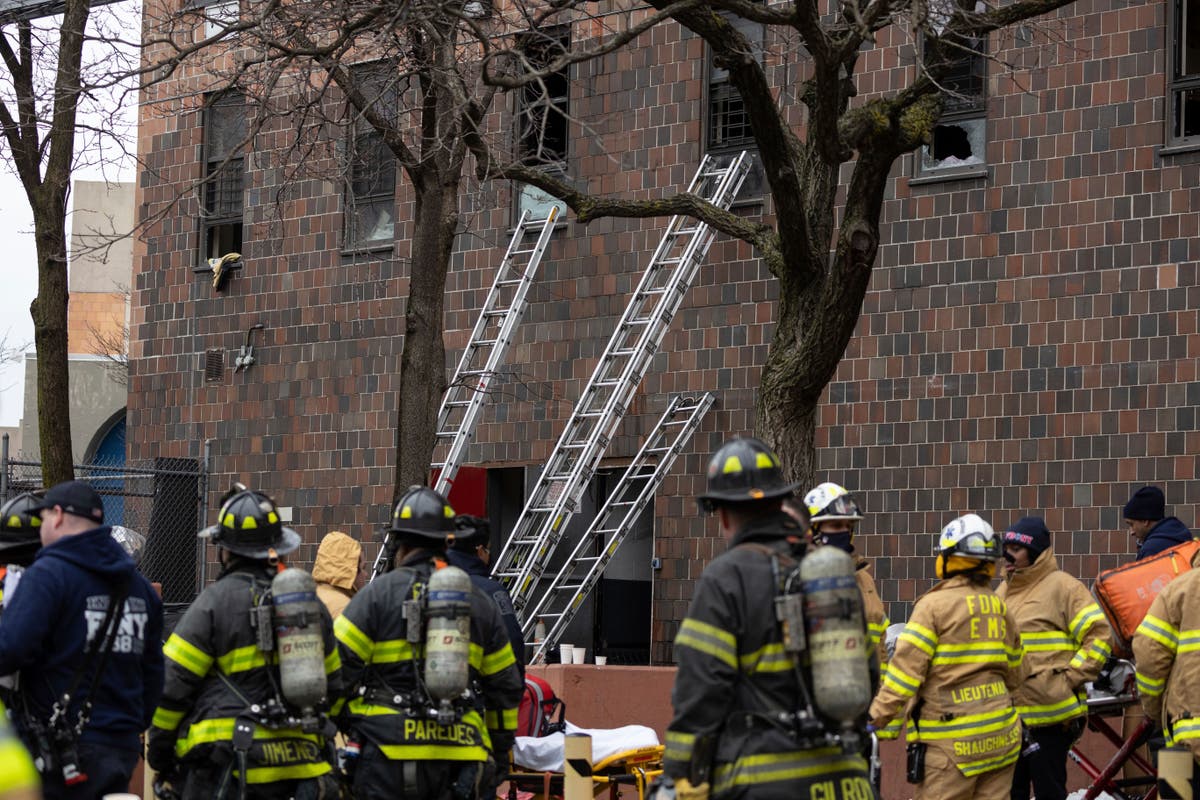 At least 19 people are dead after a catastrophic fire broke out at an apartment building in the Bronx, New York City, officials say.

“This is going to be one of the worst fires we have witnessed here in modern times in the city of New York,” the city’s new mayor, Eric Adams, said at a press conference.

According to the New York City Fire Department (FDNY), the 5-alarm fire broke out just before 11am on Sunday morning, beginning in the second and third floors of a building on East 181st Street. The FDNY said approximately 200 firefighters were working to put out the flames.

City officials say the blaze has left 63 people injured, including 32 who were sent to hospitals with life-threatening injuries. At least 19 victims have died, including nine children.

Video of the fire from Citizen App shows flames roaring out of a window in the brick building, along with a huge column of smoke. Screaming and crashing sounds can be heard in the background.

At Sunday’s press conference, FDNY Commissioner Daniel Nigro said firefighters arrived at the scene within three minutes of the 911 call.

“They were met in the hallway with this fire – very heavy smoke, very heavy fire,” the commissioner said. “This smoke extended the entire height of the building – completely unusual. Members found victims on every floor, in stairways.”

Mr Nigro said the fire began in a duplex apartment spanning two floors of the building, and spread quickly because its door was open. The cause of the fire, he said, is still unknown.

“How the fire started we don’t know yet,” he said. “It will be investigated, and I’m certain that the marshals will determine it.”

Survivors of the fire described the horror of finding their apartments suddenly filled with smoke.

“We were just trying to breathe,” Wesley Patterson, a 20-year resident of the building, told The New York Times.

Mr Patterson said he tried to open his window, but it burned his hands. When he finally got it open, more smoke from outside rushed in.

“I was yelling, ‘Please help me! Please come get us!’” he recalled shouting to the firefighters below, but they couldn’t get to him yet. After about 20 minutes, FDNY members pulled him and his family out through their window.

“I’m glad we made it out safe, but I still can’t believe it happened,” Mr Patterson said.

This is a breaking news story. More to follow