Come August, and we will be greeted by many exciting dramas that will fill our hearts with joy for the next three months! One such drama is KBS’ upcoming drama ‘Police University’. Scheduled to air its first episode on August 9, the drama will be on a Monday-Tuesday run on KBS2. The drama stars Jinyoung and Krystal in lead roles alongside Cha Tae Hyun. On July 21, KBS unveiled a cute poster for the drama wherein Jinyoung and Cha Tae Hyun can be seen sharing some awkward bromance!

‘Police University’ follows the story of three characters: Cha Tae Hyun as Yoo Dongman, a professor and investigator with 20 years of experience in solving criminal cases. Jinyoung will play Kang Sun Ho, a famous computer hacker who has joined the university and finally, Krystal will play the role of Oh Kang Hee, who is a top student in the class and has her own set of righteous principles. The three characters team up for a chaotic investigation on the campus.

The new poster has an adorable feel to it with a pink background and cute expressions by Cha Tae Hyun and Jin Young! Veteran detective Yoo Dong Man and genius hacker Kang Sun Ho will clash fiercely with one another but still share an affectionate working relationship, showcasing an awkward bromance that crosses the barrier between generations.

You can check out the poster below:

According to screenwriter Min Jung, the drama aims to portray a strong synergy between young adults who dream of becoming police officers and teachers who must guide them on the right path and ensure that they stay focused on their path. The ‘mystery-suspense angle also promises to keep the viewers hooked till the very end. ‘Police University’s first episode will premiere on 9 August at 9:30 pm KST (6 pm IST) on KBS.

Join the biggest community of K-Drama fans live on Pinkvilla Rooms to get one step closer to your favourite K-Celebs! Click here to join.

Are you excited to watch the drama? Share your thoughts with Pinkvilla in the comments below.

Steven Spielberg‘s daughter is weighing in on a debate about nepotism that was spurred by her short film.

On Tuesday, July 27, Deadline reported that actor Hooper Penn, son of Sean Penn, had joined the cast of upcoming short film The Rightway. The project, which soon starts production in New York, is directed by Destry Spielberg, the 24-year-old daughter of the legendary Oscar-winning filmmaker, and written by Owen King, son of Stephen King.

Film producer and The Black List founder Franklin Leonard responded to a tweet announcing the film by quipping, “Hollywood’s a meritocracy, right?” Franklin was making a point about the numerous individuals involved in the film having familial connections in the industry, and he has previously been vocal about the ways in which the Hollywood system tends to keep underrepresented groups from getting work, particularly behind the camera.

His tweet led Ben Stiller, whose late parents Jerry Stiller and Anne Meara were both prominent performers, to chime in with, “Too easy @franklinleonard. People, working, creating. Everyone has their path. Wish them all the best.” 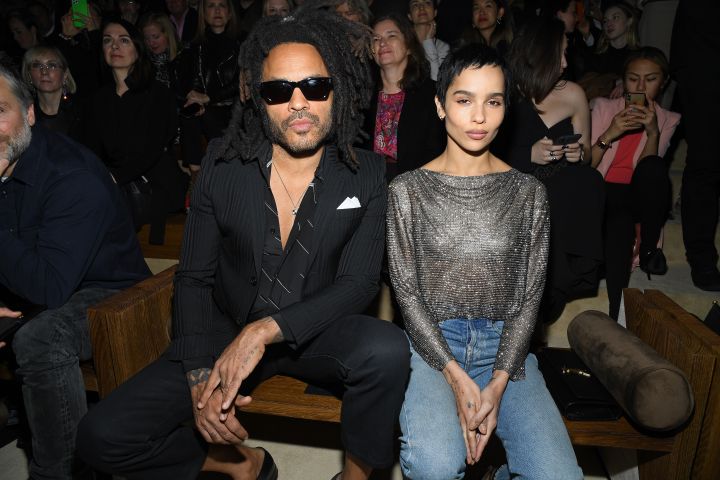 Lenny Kravitz is ready for his “Magic Mike” debut.

The rock star posted a photo of himself showing off his six pack while building a deck outside. The photo caught the attention of many fans, but also of his daughter, Zoe Kravitz, who couldn’t help but poke fun at her dad.

Lenny was all game as he replied, “I’ve been ready!”

It only got better when Channing also left a comment on Lenny’s post, commenting that the rocker is more than welcome to join the cast.

“Oh sh*t!! Doing the lords work i see!! Will be calling you shortly to get into your schedule my friend. Hehehe,” Channing wrote, to which Lenny replied, “Peace my man.”

Channing starred in 2012’s “Magic Mike” and its 2015 sequel, “Magic Mike XXL”. The actor is next set to star in romantic comedy “Lost City of D” alongside Sandra Bullock.

In the film, Bullock plays a reclusive romance novelist who was sure nothing could be worse than getting stuck on a book tour with her cover model (Tatum), until a kidnapping attempt sweeps them both into a cutthroat jungle adventure, proving life can be so much stranger, and more romantic, than any of her paperback fictions.

As for Lenny, he’s co-starring alongside Jennifer Lopez and Josh Duhamel in “Shotgun Wedding”. In April, J.Lo celebrated the end of filming the rom-com, in which she stars in and produces.

“That’s 👏 A 👏 Wrap! 👏 #ShotgunWedding,” Lopez captioned a series of photos from the set in the Dominican Republic. In the pics, she’s posing with her co-stars. “Shotgun Wedding” follows a couple’s destination wedding that gets hijacked by criminals and features Lopez as bride Darcy.

For more on Lenny, see below. 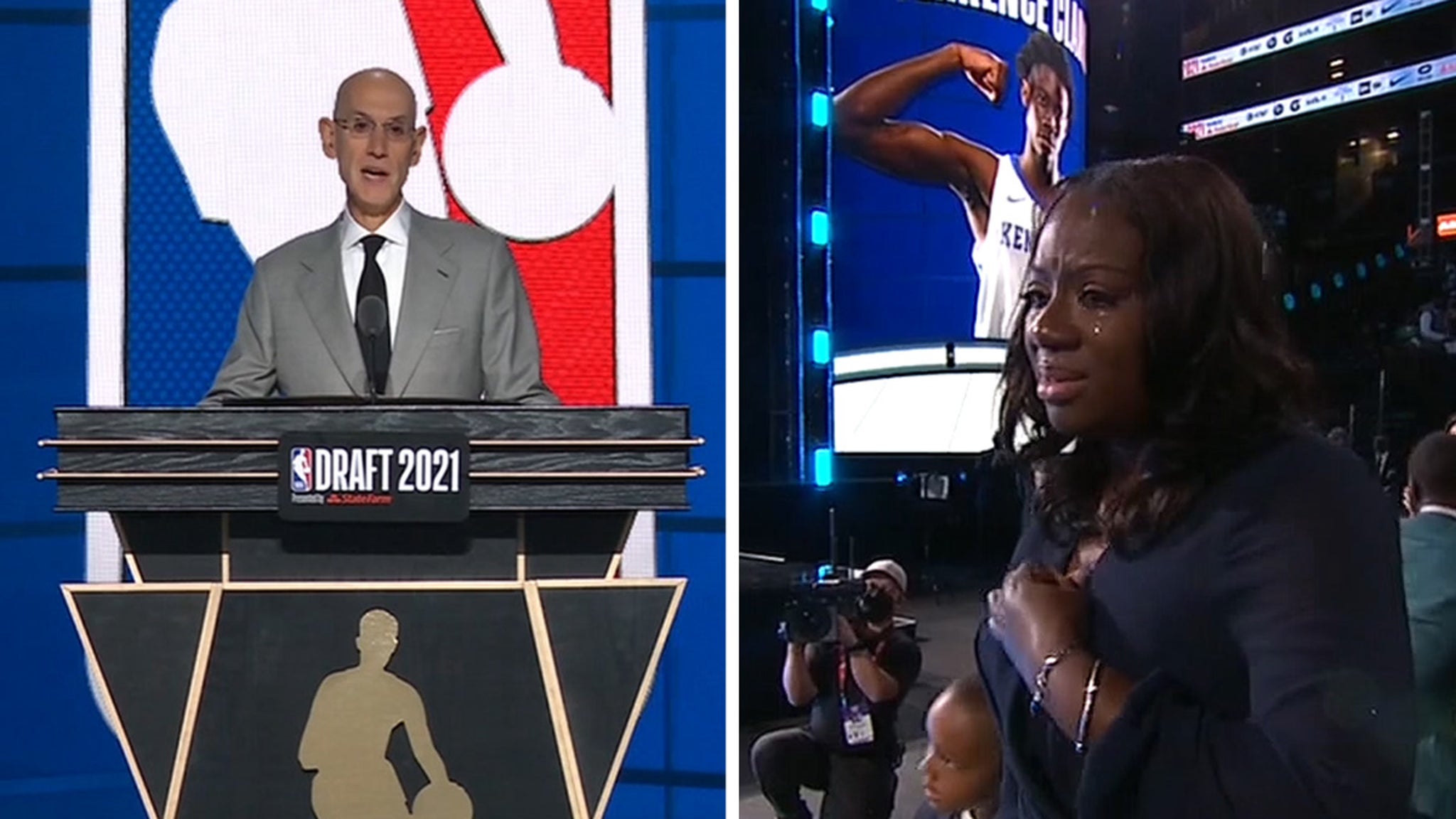 Incredibly emotional moment at the 2021 NBA Draft … when commissioner Adam Silver selected the late Terrence Clarke with an honorary pick on behalf of the league.

19-year-old Clarke — a star for the University of Kentucky — was killed in a tragic car accident back in April … just months before he was set to become a rising star in the Association.

Clarke’s name was still called Thursday night … with Silver paying tribute before the 15th pick was made.

On what would’ve been his draft night, the NBA pays tribute to Kentucky’s Terrence Clarke by making him an honorary draftee 🙏 pic.twitter.com/i3BOvzIlTi

“His extraordinary talent, commitment and dedication to the game deserved to be recognized on this stage,” Silver said.

Terrence’s family was in attendance at Barclays Center for the honor … with his mother, brother and sister receiving NBA-themed draft hats and walking on stage.

Silver continued … “To the 3 of you, and to all those who knew and admired Terrence, please know that he will forever be part of the NBA family.”

Clarke’s mother was deeply emotional as she reached the stage … hugging Silver as the entire room gave a standing ovation and chanted Terrence’s name.

Clarke — a projected to be a first round pick — was beloved by the basketball community … and had a bright future ahead on and off the court.