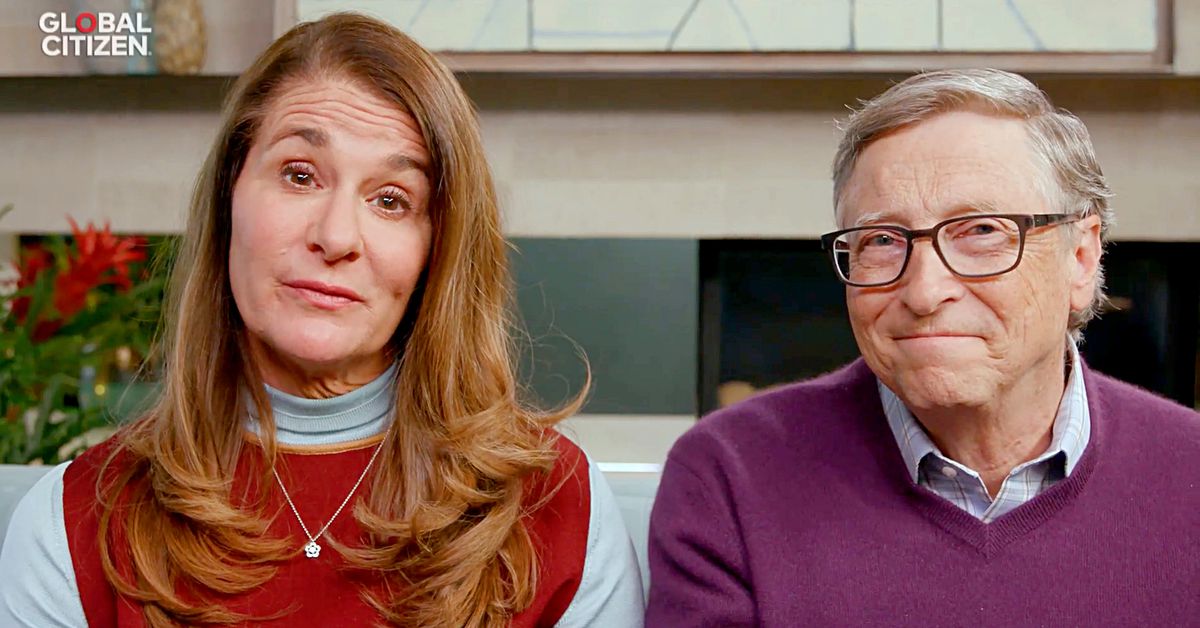 Bill and Melinda Gates, the leaders of the world’s most venerated and powerful philanthropy, said on Monday that they were getting a divorce — an earthquake moment in the nonprofit sector.

The billionaire couple sets the strategic vision for the $50 billion Bill and Melinda Gates Foundation, which they co-founded and which spends more than $5 billion a year on causes like US education and worldwide disease eradication. Their divorce potentially has enormous implications for their work.

The Gateses are America’s most famous billionaire philanthropists, with the power and profile to corral foreign governments, lobby for policy change, and inspire other billionaires to donate their money to charity. During the coronavirus pandemic, Bill Gates in particular has been one of the nation’s leading public health experts, appearing seemingly everywhere in the media and encouraging people to take the virus seriously.

The couple made the surprise announcement in concurrent posts on their personal Twitter pages. Upon posting the announcement, Melinda Gates added her maiden name, French, to her Twitter profile, suggesting that she may use the full name “Melinda French Gates” going forward.

In their statement, the Gateses said they would “continue our work together at the foundation.”

“But we no longer believe we can grow together as a couple in this next phase of our lives.”

A Gates Foundation spokesperson said that the philanthropy did not anticipate changes to its work. Both Bill Gates and Melinda Gates will remain co-chairs and trustees of the foundation in their name, a spokesman said.

“They will continue to work together to shape and approve foundation strategies, advocate for the foundation’s issues, and set the organization’s overall direction,” a Foundation spokesman said.

Bill Gates founded Microsoft decades ago but has increasingly turned more and more to his charitable work, resigning from Microsoft’s board last year. Melinda Gates was an early employee at Microsoft herself and has been a hands-on presence for years at their foundation; she also has her own interest in women’s issues that she coordinates through a separate outfit called Pivotal Ventures.

Disentangling a fortune of this size — the Gates family, for instance, is the country’s largest private owner of farmland — is sure to be complicated. The Gates family has a net worth over $100 billion, and their separation could set records for the largest divorce settlement to date. The largest settlement ever was recorded a few years ago when Jeff Bezos, the world’s wealthiest man, finalized a divorce from MacKenzie Scott for about $36 billion.

While a divorce proceeding is typically a private affair, given how important Bill and Melinda Gates are to the world, this separation could have massive consequences for public life.

Court docs: Epic's total gross revenue was $5.6B in 2018 and $4.2B in 2019, with the vast majority of revenue coming from Fortnite (Mitchell Clark/The Verge)

Google is about to start automatically enrolling users in 2FA 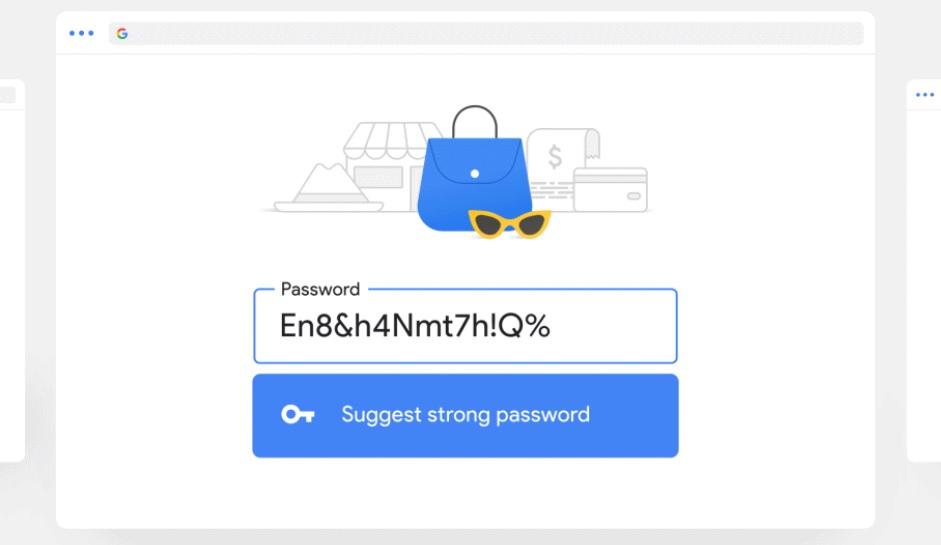 In recent months, vulnerable apps, hacked websites, and zero-day exploits have accounted for an increasing amount of the reporting that we do here at BGR. There is risk in everything we do online, but there are many ways to mitigate that risk, such as turning on two-factor authentication (2FA) for any apps, services, or accounts that offer it. Speaking of 2FA, Google decided to take matters into its own hands on that front, as the company announced Thursday that it will soon enable 2FA by default for anyone with an “appropriately configured” Google account.

“Today we ask people who have enrolled in two-step verification (2SV) to confirm it’s really them with a simple tap via a Google prompt on their phone whenever they sign in,” Google’s Director of Product Management, Identity and User Security, Mark Risher, said in a blog post. “Soon we’ll start automatically enrolling users in 2SV if their accounts are appropriately configured. (You can check the status of your account in our Security Checkup). Using their mobile device to sign in gives people a safer and more secure authentication experience than passwords alone.”

Basically, your account is “appropriately configured” if you have provided Google with recovery information, which could be a secondary email address, a phone number, or an authenticator app. You should already be using Google’s two-step verification, but if you’re not, at least make sure to visit the Security Checkup site.

As Google notes earlier in the blog post, searches for the phrase “how strong is my password” increased by 300% in 2020. Meanwhile, millions of you are still using passwords like “123456” or “password” or “qwerty,” so the resounding answer to that search query is an unequivocal “NO.” Make your passwords strong and difficult to guess, use different passwords for all of your accounts, and take advantage of Google’s Password Manager, which not only stores all of your passwords, but also lets you know when and if they have been compromised.

Google’s dream of killing passwords once and for all is still just that — a dream — but as we slowly work our way toward that glorious day, do what you can to keep your accounts and your personal data safe.

Jacob started covering video games and technology in college as a hobby, but it quickly became clear to him that this was what he wanted to do for a living. He currently resides in New York writing for BGR. His previously published work can be found on TechHive, VentureBeat and Game Rant. 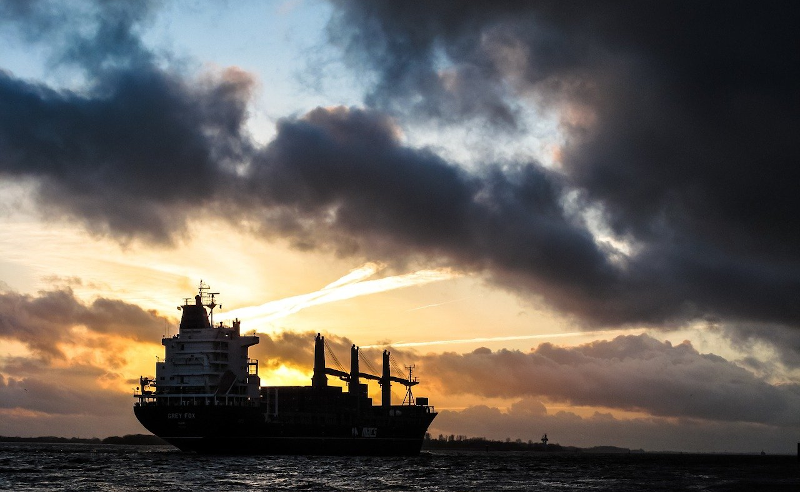 It would seem that for as long as there have been ships on the ocean, there’s been smuggling. The International Maritime Organisation requires ships to have AIS, the automatic identification system which is akin to a transponder on an airplane. However, if you don’t want to be found, you often turn off your AIS. So how do governments and insurance companies track so-called dark ships? Using satellite technology. A recent post in Global Investigative Journal tells the story of how lower-cost satellites are helping track these dark ships.

Optical tracking is the obvious method, but satellites that can image ships can be expensive and have problems with things like clouds. Radar is another option, but — again — an expensive option if you aren’t a big military agency with money to spend. A company called HawkEye 360 uses smallsats to monitor ship’s RF emissions, which is much less expensive and resource-intensive than traditional methods. Although the data may still require correlation with other methods like optical sensing, it is still cost-effective compared to simply scanning the ocean for ships.

The post tells the tale of an Iranian crude oil tanker. Noting a long gap in the AIS signal from the ship, HawkEye 360 attempted to locate the ship the next time it went dark. Of course, AIS can be off for other reasons, such as equipment failure or fear of piracy. Simply not squawking AIS isn’t a definite sign of malfeasance.

Using the satellite, radio transmissions on VHF channel 16 (156.8 MHz) — the standard calling frequency — were found from the ship and it appeared they were offloading crude oil to a refinery in Syria. With a specific target in mind, commercial satellite imaging picked up 3-meter resolution images of the ships and — apparently there is a database of ships at that resolution — identified four Iranian flag tankers at the site, three of which had arrived in stealth mode.

The HawkEye 360 satellites can pick up radar, emergency beacons, satellite phones, and VHF radio signals. A map shows the difference between the number of AIS signals in the South China Sea and the number of X-band radar signals. The AIS map looks sparse, whereas the radar map shows 3-4 times the number of vessels.

In another example, uses ESA’s Sentinel 1 satellite and synthetic aperture radar to locate ships going from China to North Korea. ICEYE, another smallsat company, is tracing illegal fishing activity around Argentina and smuggling near the UAE.

It is amazing to see how much satellite tech that would have been deep secret a few years ago is now commercially available. It isn’t just useful for law enforcement, either. The resolution is a far cry from the old weather satellites people tend to eavesdrop on. 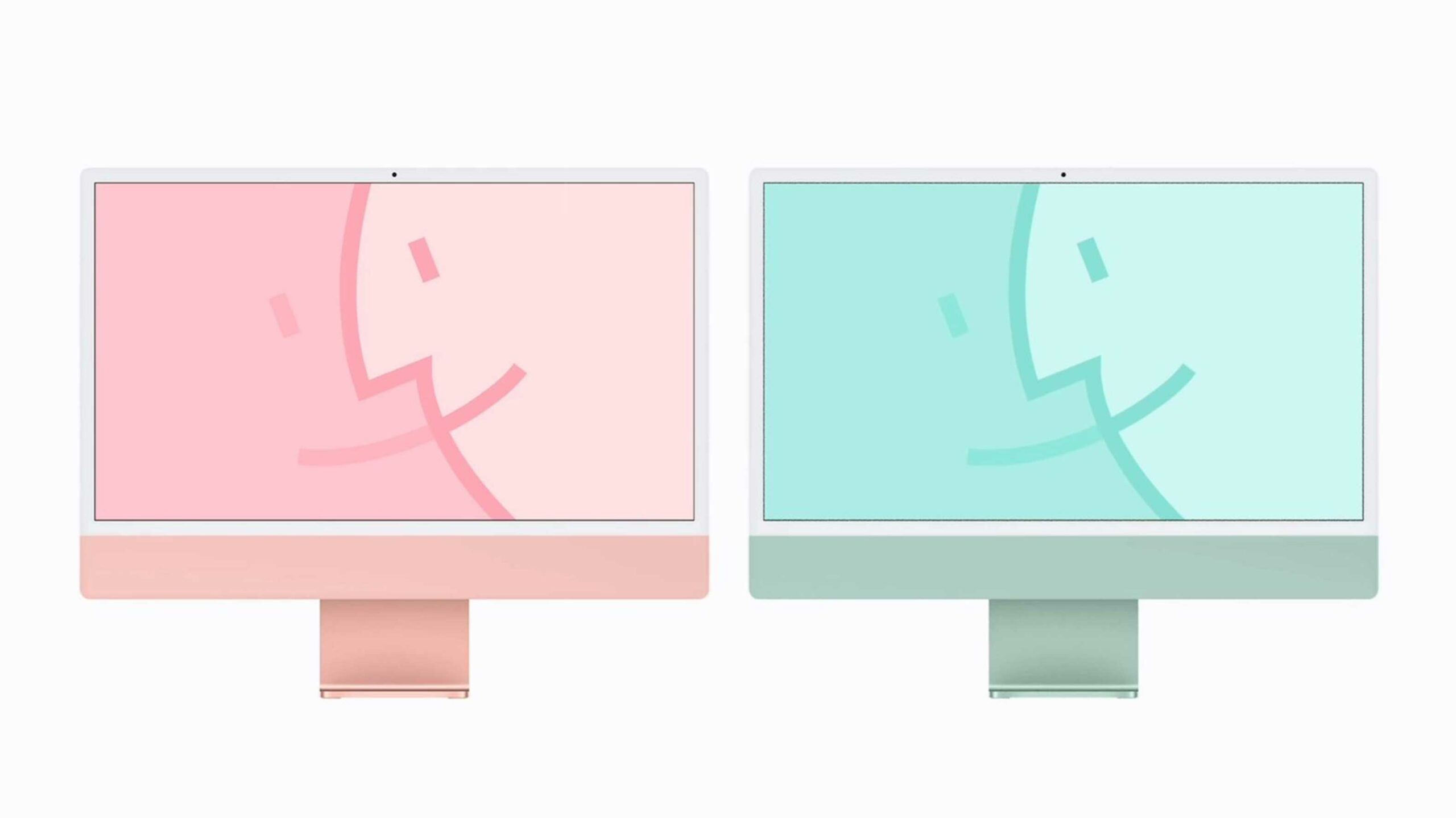 If you’ve ordered one of Apple’s colourful iMacs or you’re just an overall fan of Apple’s product design, these wallpapers are likely to pique your interest.

The wallpapers are based on the original iMac G3 backgrounds, but most people will likely recognize them as the face of the ‘Finder’ app on macOS. Their designer, Arun Venkatesan, wrote a really great blog post about the history of the wallpapers that I’d recommend reading if you’re into niche Apple history.

You can download all the wallpapers — which also feature light and dark modes — from his website for free.