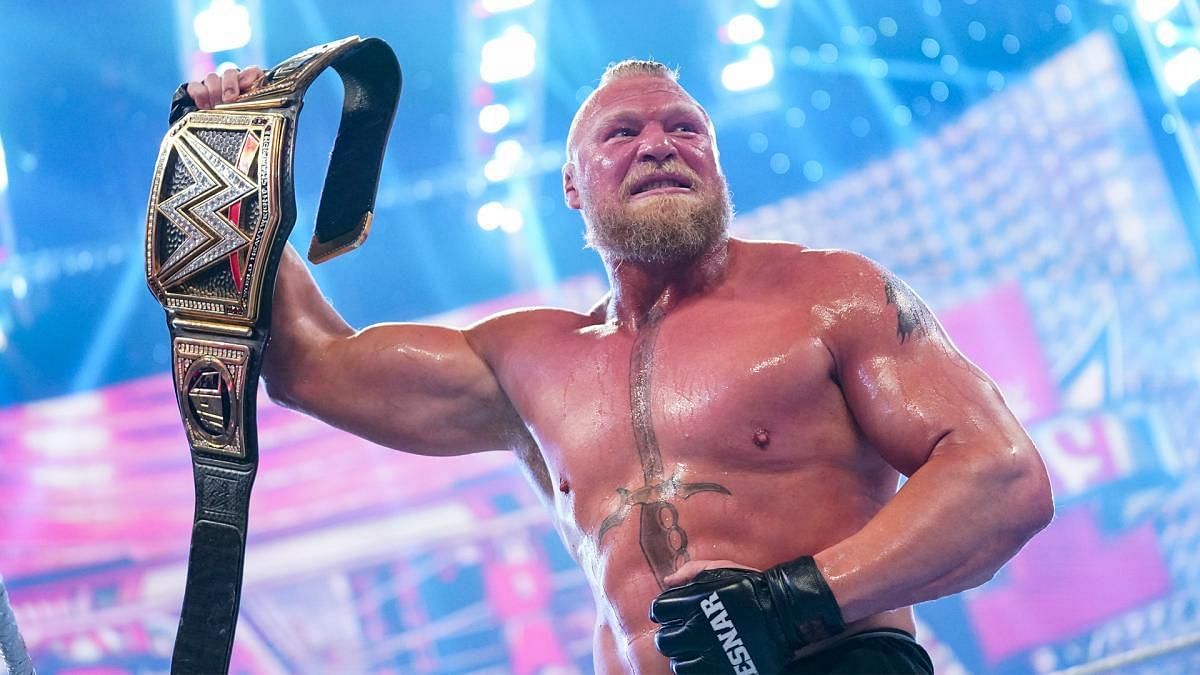 Brock Lesnar’s opponent for the upcoming Royal Rumble event has been revealed. The Beast Incarnate will defend his WWE Championship against none other than Bobby Lashley.

This is a match that many fans, including Lashley himself, have been clamoring for a long time. The two Titans met inside the squared circle at WWE Day 1 in a fatal five-way match featuring Seth Rollins, Kevin Owens, and Big E.

Bobby Lashley defeated the three aforementioned stars in a fatal four-way match in the latest edition of Monday Night RAW. As a result, he became the number one contender for the WWE Championship. He will face Brock Lesnar one-on-one for the first time at Royal Rumble 2022.

In the aftermath of this week’s show, Bobby Lashley sent a message to his Royal Rumble opponent, Brock Lesnar. It’s been a dream come true for The Almighty, as he’s been vocal about wanting to face The Beast Incarnate for a few years.

During a backstage interview, Bobby Lashley and MVP commented on the win and the match at the Rumble. The Almighty told Lesnar to be ready as he looked to dethrone him for the WWE Championship.

Brock Lesnar made his announcement following the fatal four-way match. He revealed he would show up on WWE SmackDown this Friday to confront the Universal Champion, Roman Reigns.

The two stars were supposed to clash at WWE Day 1, but the match was scrapped due to The Tribal Chief not being medically cleared to compete.

Did you know that a female star slapped Vince Russo so hard it dislocated his jaw? More details here