For different reasons, the pressure is on Tony Yoka, Sergey Kovalev and Gilberto Ramirez to show their worth, writes Matt Christie

SHOULD Tyson Fury do the unexpected and keep his promise of retirement, he will leave an almighty hole at the top of the heavyweight division. The winner of the projected July 23 rematch between Oleksandr Usyk and Anthony Joshua will step up and become the obvious choice for number one but, below them, the competition for places heats up. Joe Joyce’s scheduled clash with Joseph Parker should be very interesting and this weekend may see another contender earn a spot in the chasing pack when Frenchman Tony Yoka, 11-0 (9), takes on adopted Scot, Martin Bakole, 17-1 (13), in a hometown 10-rounder at Paris XIII.

Yoka contentiously beat Joyce in the 2016 super-heavyweight Olympic final but despite cruising to 11-0 (9) in the professional ranks he’s yet to convince like gold medallists often do.

Yoka turned over in June 2017 and within a year he was 5-0 (4). But after stopping Dave Allen in 10 rounds he was given a one-year suspension due to a doping violation. Though he did not fail a test, he did fail (not once or twice but three times) to take a test when he was scheduled to do so.

He returned in July 2019, stopping the ring-worn Alexander Dimtrenko in three rounds and has fought against gatekeeper-types subsequently; Michael Wallisch, Johann Duhaupas, Christian Hammer, Joel Djeko and Petar Milas were all handily defeated, with only Hammer lasting the course.

Yoka, now 30, has unquestionable talent. A tidy boxer with serious force in both hands, it’s natural to wonder how he’d fare against the best in the division. Bakole – from the Democratic Republic of Congo and the brother of cruiserweight Ilunga Makabu – is another for whom the jury is still out.

Like Yoka, he’s proved himself at a certain level. His best wins are stoppages of Mariusz Wach and the always durable Kevin Johnson, both in 2019. But unlike Yoka, he has a loss on his record. It was a revealing one, too. He quickly ran out of steam, ideas and confidence against Michael Hunter in October 2018, the slick American forcing a stoppage in 10 rounds. Credit Bakole with bouncing back but he wasn’t convincing when edging Sergey Kuzmin over 10 rounds in December 2020.

Bakole has fast hands and he’s powerful. He can get in Yoka’s face and make life uncomfortable. But he’s yet to show he can find another gear when in the midst of a difficult fight. This looks certain to be exactly that for the 28-year-old on Saturday night (May 14). One shouldn’t write off Bakole completely; he’s a diligent trainer and he’s been educated while sparring some of the best heavyweights in the world. But Yoka, one suspects, is capable of operating at a level above.

This is very good matchmaking between two fighters in and around the top 15 in the world. That might be as good as it gets for Bakole. The feeling here is that the sharp-shooting Yoka will force a late stoppage victory.

WE can still remember when Sergey Kovalev was the most fearsome fighter in the whole of the sport. A slugger with considerable in-ring intelligence, he thrashed Nathan Cleverly, all but ended the career of Bernard Hopkins, and twice beat up Jean Pascal.

It’s all different now. He’s 39 years old and after failing a drug test at the start of 2021, he returns at cruiserweight trying to salvage what’s left of a reputation that nosedived after a controversial loss to Andre Ward in 2016. He lost the rematch to Ward, split two fights with Eleider Álvarez and, after acquitting himself well, was stopped by Canelo Álvarez in November 2019. That remains his most recent outing.

Frankly, we have no idea what he has left. Whatever remains, it might not be enough to beat Bulgaria’s Tervel Pulev (brother of heavyweight, Kubrat Pulev). Though unbeaten in 16 bouts, Tervel is also 39 years old. They clash over 10 rounds at the Inglewood Forum on Saturday.

Pulev started boxing at the age of 11 and went on to win a bronze medal at London 2012 at heavyweight, losing in the semi-finals to eventual winner, Oleksandr Usyk. Like his brother, Pulev is well-schooled and has a solid command of the fundamentals. He showed promise at professional level, beating fighters like Valery Brudov and Leonardo Bruzzese but he struggled for any real momentum. He’s only fought once since 2019, halting Vikapita Meroro in nine rounds in January 2021.

This does not have the makings of a classic but is sure to intrigue. After 10 untidy rounds, Kovalev might have done enough to get the decision.
Kubrat may come up just short, too. Now 41 and boxing for the first time since being stopped in nine rounds by Anthony Joshua at the end of 2020 (though he did beat Frank Mir in a Triad Combat Rules fight last year), Pulev hopes to secure one last run at a belt when he takes on gatekeeper-cum-fringe contender, Jerry Forrest. If the 34-year-old Newport News, Virginia, southpaw is in the mood, he can be difficult to beat.
He can count himself unlucky not to have got the decision in either of his last two bouts. In February last year he recovered from three early knockdowns to appear to get the better of Zhilei Zhang only for a draw to be called after 10 rounds. The same result was tallied when Forrest fought then-leading contender Michael Hunter in December following a nip-and-tuck affair.

Forrest is due some luck and may get it here after a 10-rounder to forget.

GILBERTO RAMÍREZ is 30 years old, he’s 43-0 (29) and the cumulative record of his last eight opponents reads 199-16-2. Despite the impressive stats, Mexico’s Ramírez is not exactly a household name nor showing any signs of becoming one. Undoubtedly one of the best light-heavyweights in the world, he appears no closer to securing a meaningful contest than when he left the 168lbs division three years ago.

The southpaw waits and hopes and stays busy. Now with Golden Boy after splitting from Top Rank in 2020, Ramírez takes on the solid but unspectacular Dominic Boesel over 12 rounds at the Toyota Arena in Ontario on Saturday night. The German revived his career last October when he won a split decision over perennial fringe contender, Robin Krasniqi, who had stopped Boesel in three rounds one year previously.

Boesel is exactly what seasoned fight fans might expect from 32-year-old German light-heavyweights with records of 32-2 (12) who are just inside the top 10. Perhaps flattered by his current No. 7 placing at 175lbs, he is nonetheless a good, solid and reliable fighter, capable of going rounds with the very best. But a split decision win over 35-year-old Krasniqi might just be Boesel’s ceiling.

Presuming he’s not bored out of his skull with the way his career has plateaued, Ramírez should win this one handily. But it probably won’t be enough to tempt any of the leaders to risk their belts, reputations or records against him in the near future. 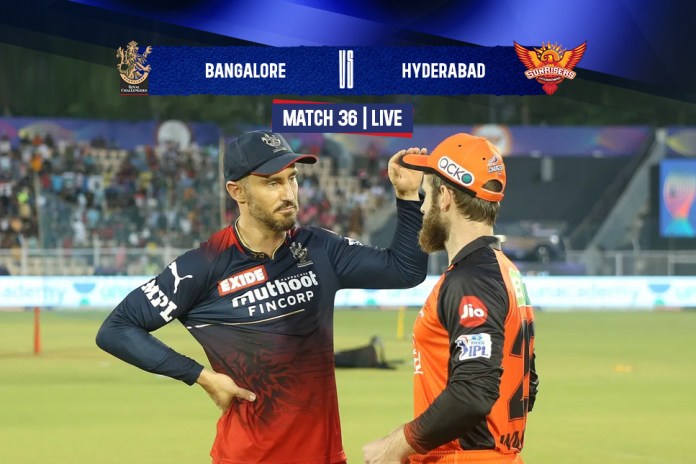 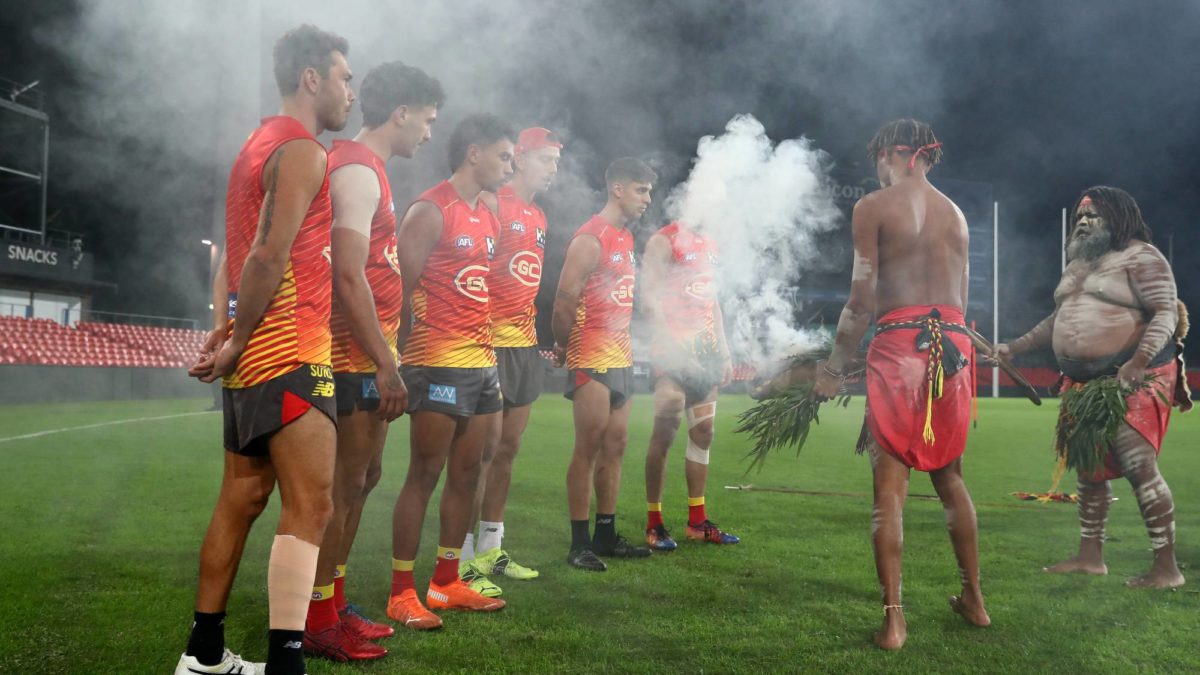 ‘Day of sorrow for many’, ‘Future we’re building together’: How every AFL club marked Australia Day

January 26, 2022
Check Also
Close
Social
Taliban enforces burqa for female journalists: ‘We are the last ones resisting’
1 hour ago