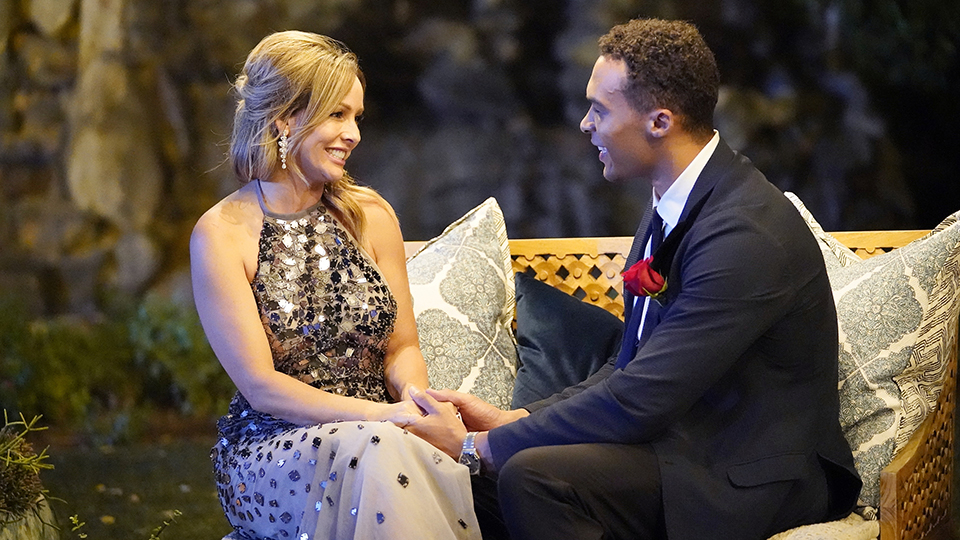 His side of the story. Dale Moss responded to Clare Crawley cheating rumors and that his alleged affair led to their Bachelorette breakup. For those who don’t remember, here’s an explainer on Clare and Dale’s cheating drama.

In January 2021, Dale—who won and got engaged to Clare on season 16 of The Bachelorette in 2020—announced that he and Clare had split three months after their engagement aired on TV. Less than a month later, E! News reported that Dale had an affair with a real estate agent named Eleanora Srugo, whom he met before Clare’s season. In an interview on the Hollywood Raw Podcast in April 2021, Dale broke his silence on the rumors, denying that he was ever unfaithful to Clare.

“That was never a conversation, even when we went through our split. It wasn’t even a thing. It was never even a topic of conversation,” he said.  “You really have to look past that and focus on one another. I mean, that sucked. When things are going at your character, and something you’re completely against, those are the hardest things to handle.”

Dale’s interview came after Clare shut down a troll who told Dale to “leave” her. “Sucks to suck I hope [Dale] leaves your old ass,” they said. “You are a fucking idiot. I can’t wait until Dale [breaks up with you] again. And who you gonna cry to?”

“Do you think she wakes up and is like, ‘I feel so good today. The sun’s out. I feel amazing. I just feel like talking s—t to someone I don’t know today?’” Clare responded in an Instagram Story. She added in a note, “I take breaks from looking at my DMs if you’re wondering why I don’t get back to some people … this is why.”

In his interview on the Hollywood Raw Podcast, Dale went on to confirm that he and Clare are back together and have come out on the other side of the scandal. “We’ve never hid throughout this entire time we’ve been around each other. We are definitely taking time, and spending time together,” he said. “Clare and I, we’re in a good place. When the time is right, we will definitely talk about all those things. For right now, we’re just focused on one another. We’re keeping things private and that’s working for us. In time we’ll speak about that together.”

As for if they’re still engaged, Dale had this to say: “I’ll say this, Clare and I are in a good place. Focused on one another and leave it at that.”

At the time of his and Clare’s breakup, E! News’ source claimed that Clare had been skeptical of Dale’s relationship with Srugo from the start. “Clare has always been skeptical,” the insider said. “She never trusted the friendship and thought it was shady.” In a statement to Reality Steve at the time, Srugo denied that she and Dale ever had a romantic relationship. “Dale and I are, and have been platonic friends for a few years. We have never been romantically involved in any way,” she said. “I was excited for his engagement and only wish him all the best. We have never been involved dating, or romantically in any way whatsoever. Any claims we have dated or were romantically involved are blatant lies.”

The Bachelorette is available to stream on Hulu.

To get more of an inside scoop, check out Los Angeles Times writer Amy Kaufman’s book, Bachelor Nation: Inside the World of America’s Favorite Guilty Pleasure, for a deep dive into the Bachelor franchise. The book uncovers the secrets of Bachelor Nation, from how much the Bachelor and the Bachelorette are paid to the rules contestants have to follow, that producers don’t want fans to know. It’s a must-read for any Bachelor Nation member.

Our mission at STYLECASTER is to bring style to the people, and we only feature products we think you’ll love as much as we do. Please note that if you purchase something by clicking on a link within this story, we may receive a small commission of the sale.

Madison LeCroy Talks A-Rod and JLo’s Split as Jlo ‘Likes’ Shady Post About Being Manipulated, Plus Why They Prolonged Breakup

Princess Beatrice is enjoying a day out with a friend!

The 32-year-old royal shared a laugh with a friend as they ate lunch outside of Scott’s Restaurant on Tuesday afternoon (May 4) in the Mayfair neighborhood of London, England.

PHOTOS: Check out the latest pics of Princess Beatrice

After lunch, Princess Beatrice was spotted chatting on the phone as she continued on with her day.

Princess Beatrice‘s latest outing marks the first time she has been spotted out since attending her grandfather Prince Philip‘s funeral last month.

She attended the funeral with husband Edoardo Mapelli Mozzi, whom she married in July 2020.

In a rare interview, Princess Beatrice spoke candidly about being a stepmom to Edoardo‘s 5-year-old son. Here’s what she said. SPOILERS: Do not read this article if you have not watched the May 6 episode of Grey’s Anatomy.

Jesse Williams, who has played surgeon Jackson Avery on Grey’s Anatomy since the show’s sixth season, will be leaving the ABC medical drama at the end of this season, its 17th. Williams’ final episode, titled ‘Tradition,’ will air on May 20.

ABC confirmed Williams’ departure to Variety and provided statements from the actor and from Grey’s Anatomy showrunner, Krista Vernoff.

“Jesse Williams is an extraordinary artist and activist,” Vernoff said. “Watching his evolution these past 11 years both on screen and off has been a true gift. Jesse brings so much heart, such depth of care, and so much intelligence to his work. We will miss Jesse terribly and we will miss Jackson Avery — played to perfection for so many years.”

Over the years, the character of Jackson has evolved from being a privileged plastic surgeon to a caring doctor focusing on inequities in health care, especially during the COVID-19 pandemic.

This season, Jackson has found closure with other Grey’s Anatomy characters, including his mother, Catherine Avery (Debbie Allen) — and in Thursday’s episode, with his ex-wife April, played by Sarah Drew, who left the show in 2018.

In a statement, Williams said: “I will forever be grateful for the boundless opportunities provided me by Shonda, the network, studio, fellow castmates, our incredible crew, Krista, Ellen, and Debbie. As an actor, director and person, I have been obscenely lucky to learn so much from so many and I thank our beautiful fans, who breathe so much energy and appreciation into our shared worlds.

“The experience and endurance born of creating nearly 300 hours of leading global television is a gift I’ll carry always. I am immensely proud of our work, our impact and to be moving forward with so many tools, opportunities, allies and dear friends.”

The news that Williams is leaving Grey’s Anatomy was first reported by Deadline.

Grey’s Anatomy: Then and now