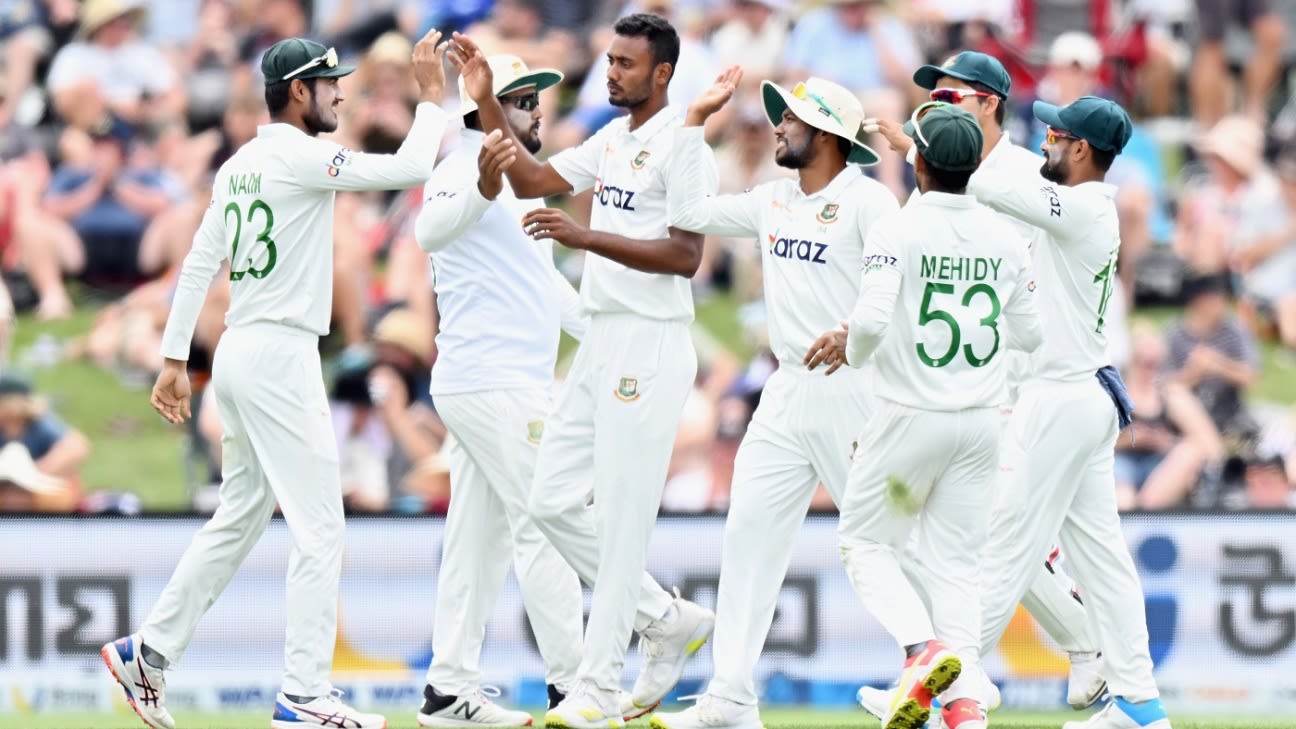 Bangladesh head coach Ottis Gibson wants his bowlers to bowl better lengths to control New Zealand’s scoring in the ongoing second Test, at Christchurch. New Zealand bounced back from defeat in the first Test, with Tom Latham, Will Young and Devon Conway guiding them to 349 for 1 at stumps on the opening day.

Though Bangladesh bowled out New Zealand twice in the previous game, and eventually beat the home side for the first time in New Zealand, their bowlers produced an average bowling performance on Sunday.

“We have to learn from today,” Gibson said. “We bowled too many four-balls today. Too many balls wide outside the offstump. When we missed our lengths, we got cut or got too full to be driven. You can’t allow the batters to score down the ground and both sides of the wicket. One of my mantras is you can’t control the scoring if you don’t control the length. We didn’t control the length today to build pressure on them.”

Gibson, however, conceded that such performances are bound to happen at the highest level. “We saw the highs and lows of international sport today. Last week, we were on a high. We are, perhaps, still feeling the effects of last week’s emotional and physical investment. We didn’t hit our straps.

“New Zealand would have been hurting from last week. They showed why they are one of the best teams in the world. They applied themselves. They left a lot better. They showed us why they are holding the [WTC] mace at the moment,” he said.

Gibson said that Latham’s approach of leaving as many balls as possible in the first session paid off as Bangladesh were then forced to bowl at him. But, he also said the green pitch at the Hagley Oval didn’t quite play up to its high reputation of helping the fast bowlers.

“I thought Latham played really well. He left a lot of good balls early this morning. He made us bowl to him. Unfortunately, we didn’t bowl enough good balls to create the sort of pressure we created last week. Conway is in unbelievable form.

“The pitch didn’t do as much as we expected. But we didn’t bowl as well as we could have done either. When we bowled full, there wasn’t a lot of seam movement.”

Gibson felt that winning the first Test on the back of a good bowling performance and conceding a lot of runs on Sunday were both part of the learning curve for his still-green bowling attack.

“The guys have been going forward. Ebadot [Hossain] is our most experienced seamer with 12 games. Taskin [Ahmed] is playing his ninth, Shoriful [Islam] is playing his third. Look at the inexperience of the bowling attack and see where they got to last week in terms of growth and learning, but again, today is a lesson for them,” he said.