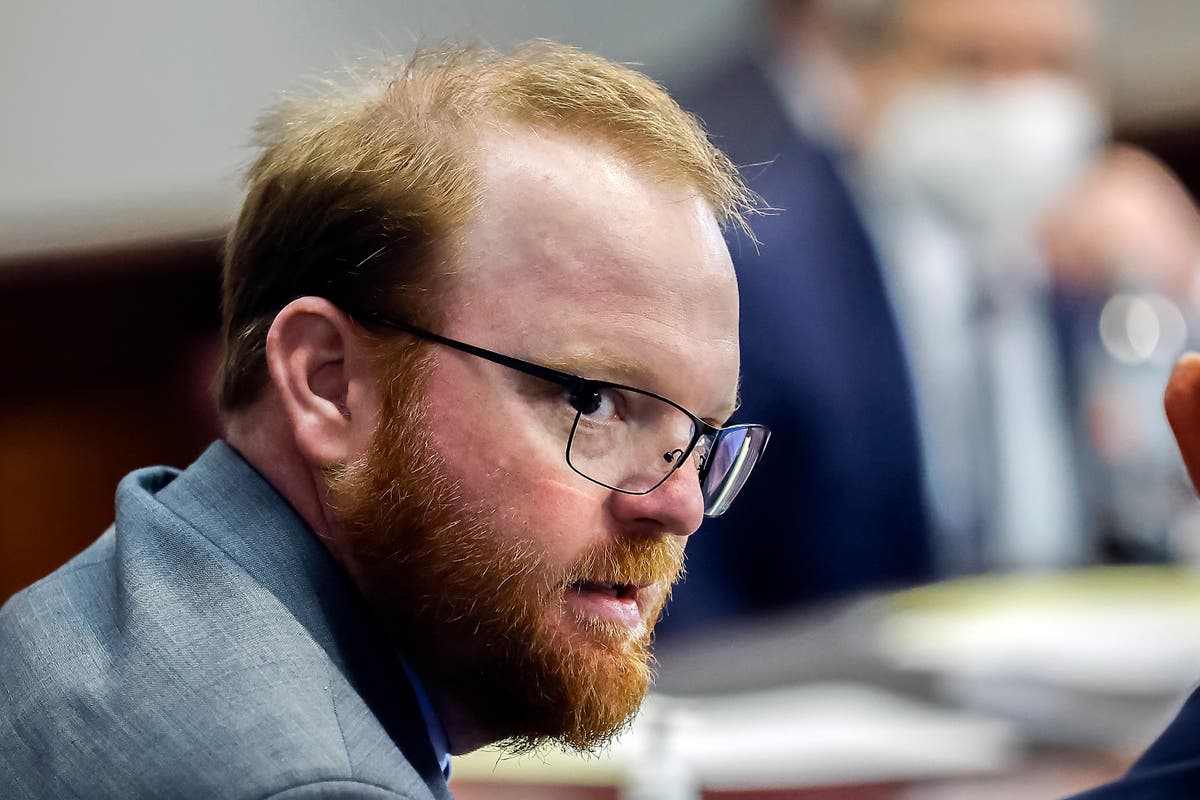 The white father and son who chased Black 25-year-old Ahmaud Arbery in their pickup trucks and shot him dead in a neighbourhood in Georgia have been sentenced to life in prison without the possibility of parole for his murder.

Travis McMichael, 35, was sentenced to life without the possibility of parole plus 20 years on nine charges including malice murder after he shot Mr Arbery twice at close range with a shotgun.

Gregory McMichael was handed life without the possibility of parole plus 20 years on eight charges including felony murder. The 66-year-old armed himself with a firearm and jumped in his truck with his son that day, chasing him “like a rat” and threatening “stop or I’ll blow your f***ing head off!”

Bryan, 52, was sentenced to life with the possibility of parole after being found guilty on six charges including felony murder after jurors heard how he spotted his neighbours chasing Mr Arbery and jumped in his own truck to join in. He then used his vehicle as a “5,000-pound lethal weapon” to corner and attempt to strike the unarmed Black man.

All three were effectively handed life sentences as, under state law, life with the possibility of parole means parole can only be considered after 30 years in prison.

Bryan will be 82 years old at his earliest opportunity of freedom while the McMichaels will spend the remainder of their lives in prison.

Before delivering his sentencing decision, Judge Timothy Walmsley asked the court to sit in silence for one minute, saying it was a “fraction of the time that Ahmaud Arbery was running in Satilla Shores”.

“The chase in Satilla Shores went on over around a five minute period,” he said, saying he has been thinking of “the terror that must have been in the mind” of Mr Arbery during that time.

“As we all now know based upon the verdict in November, Ahmaud Arbery was murdered,” he said

“It’s a tragedy, a tragedy on many, many levels.”

He added: “As we understand it, he left his home going for a run and ended up running for his life.”

The judge said he reached his decision to grant a lower sentence for Bryan because he believes he “stands in very different shoes” to the McMichaels.

He said he believes Bryan has shown remorse following the murder in his actions in the aftermath.

“He took steps early on in this process that demonstrated he had grave concerns that what occurred should not have occurred,” he said.

However, he said that the verdict reached by the jury could not be disputed based on the evidence and that the outcome of the day could have ended differently if he hadn’t joined in the chase in his pickup truck.

On 23 February 2020, the three men chased Mr Arbery, who was unarmed, through the predominantly-white Satilla Shores neighbourhood in Brunswick in their pickup trucks.

They cornered him with their vehicles before Travis McMichael shot him dead with a shotgun.

At their trial, the defence claimed that the men suspected Mr Arbery of being a burglar and were trying to carry out a citizen’s arrest after he was spotted on surveillance footage multiple times at a home under construction in the months before his death.

Mr Arbery’s family said the former high school football star and keen runner was out for a jog that day.

There is no evidence Mr Arbery ever stole anything or committed a crime in the neighbourhood and the killers made no mention of carrying out a citizen’s arrest during interviews in the immediate aftermath of the shooting.

The three men evaded justice for months after Mr Arbery’s killing – only being arrested when footage, filmed by Bryan from his pickup during the chase, was leaked online.

They were all found guilty of Mr Arbery’s murder at their high-profile trial in November, which reignited calls for racial justice in America and cast a spotlight on the state’s outdated citizen’s arrest law and vigilantism.

Under Georgia law, all three men faced mandatory life sentences for their murder charges with the judge determining whether they would be granted life with or without the possibility of parole and whether additional charges would be served concurrently.

During the sentencing hearing, prosecutor Linda Dunikoski asked the judge to sentence Travis McMichael and Gregory McMichael to life without the possibility of parole, describing a “pattern of vigilantism” from the father and son team even before Mr Arbery’s murder.

The prosecutor asked the judge to sentence Bryan to life with the possibility of parole.

Mr Arbery’s family members asked the judge for all three killers to spend the rest of their lives behind bars.

Mr Arbery’s mother Wanda Cooper-Jones choked back tears as she began her victim impact statement speaking “directly to my son”.

“I made a promise to you the day I laid you to rest. I told you I loved you and that some day somehow I would get you justice,” said Ms Cooper-Jones, who was wearing a badge with a photo of her son.

“Son, I love you as much today as the day you were born. Raising you was the honour of my life and I am very proud of you.”

Ms Cooper-Jones sat in the courthouse throughout the trial and was seen breaking down in tears as the court was shown her son’s white T-shirt stained red with blood and graphic photos of his dead body.

Mr Arbery’s father Marcus Arbery described how he had watched the father and son duo Travis and Gregory McMichael sitting together in the courtroom throughout the trial, while he will never sit with his son again.

“The man who killed my son has sat in this courtroom every single day next to his father,” he said.

“I’ll never get that chance of sitting next to my son ever again, not at the dinner table, not at the holidays and not anywhere.”

Mr Arbery’s sister Jasmine Arbery described how the “qualities” she loved about her brother which showed he was “full of life and energy” were the same things that led the three men to “assume that Ahmaud was a dangerous criminal and chase him with guns drawn”.

Attorneys for the three men all asked the judge to award the lowest possible sentences.

Bryan’s attorney Kevin Gough asked the judge to grant life with the possibility of parole but with early parole consideration.

The prosecutor instantly responded that such relief cannot apply to a felony murder conviction.

Mr Gough also claimed that Mr Arbery may still be alive if Bryan had been successful in striking him with his car during the case.

“If his vehicle had collided with Mr Arbery then Mr Arbery would maybe still be alive,” he said.

The three convicted killers will now face charges at a separate federal hate crimes trial which is scheduled to begin in February.

The hate crime charges accuse the three men of using force to intimidate and interfere with Mr Arbery’s rights because of his race. These federal charges also carry a maximum sentence of life in prison.

Earlier this week, Mr Arbery’s family rejected an 11th-hour plea deal for the three men which would have sentenced them to 30 years in federal prison on those charges.

Attorney Lee Merritt said on Friday morning the family was contacted by the Justice Department with the plea deal but turned it down because they want the killers to also face federal trial.

“We believe that today the state will move forward with life sentences without the possibility of parole, and we think that’s the appropriate sentence,” Mr Merritt said.