Chelsea goalkeeper Willy Caballero has outlined the differences between former manager Frank Lampard and current boss Thomas Tuchel, having spent parts of both seasons under the two coaches.

Tuchel took over from Lampard in January, with the former Blues midfielder being dismissed from his role after a season-and-a-half.

Caballero says Tuchel has a much different approach than his predecessor, one that is more typical in the modern game.

What did Caballero have to say?

“Obviously talking about the coach, what one does well and what the other does well, is uncomfortable,” Caballero told 90min, “because they are there for something. If we have to have them as coaches, it is because they are good. They convince you of the football they want to carry out and we are the workers, the ones who carry out that plan.

“Undoubtedly, with Frank, we had a more direct idea of ​​the game, basically English football. To attack fast, attack on the wings, move centrally or attack on one side and finish on the other but with quite a bit of verticality. The football he liked was very dizzying, with quick movements of the ball. He also liked attacking and counter-attacking.

“Now with Tuchel, it’s more about combining, playing with the ball. We create more. He almost tells us how the match will develop, where the opponent’s key aspects are, their strengths and their weaknesses.

“With his ideas, from how he has achieved his teams to play well, he says to us what players we would need to be more involved in order to play brighter and follow his plan. Sometimes it works, sometimes it doesn’t, but the idea of playing [is there].”

Tuchel has turned around Chelsea’s season since arriving in January, with the Blues currently sitting fourth in the Premier League. He has yet to lose a match since taking over, winning 10 and drawing four of his 14 games in charge.

Chelsea are also in the Champions League quarter-finals, where they will face Porto, and in the FA Cup semi-finals, where a clash with Manchester City looms.

NFL Draft order 2021: Updated list of all 259 picks over seven rounds and sorted by team 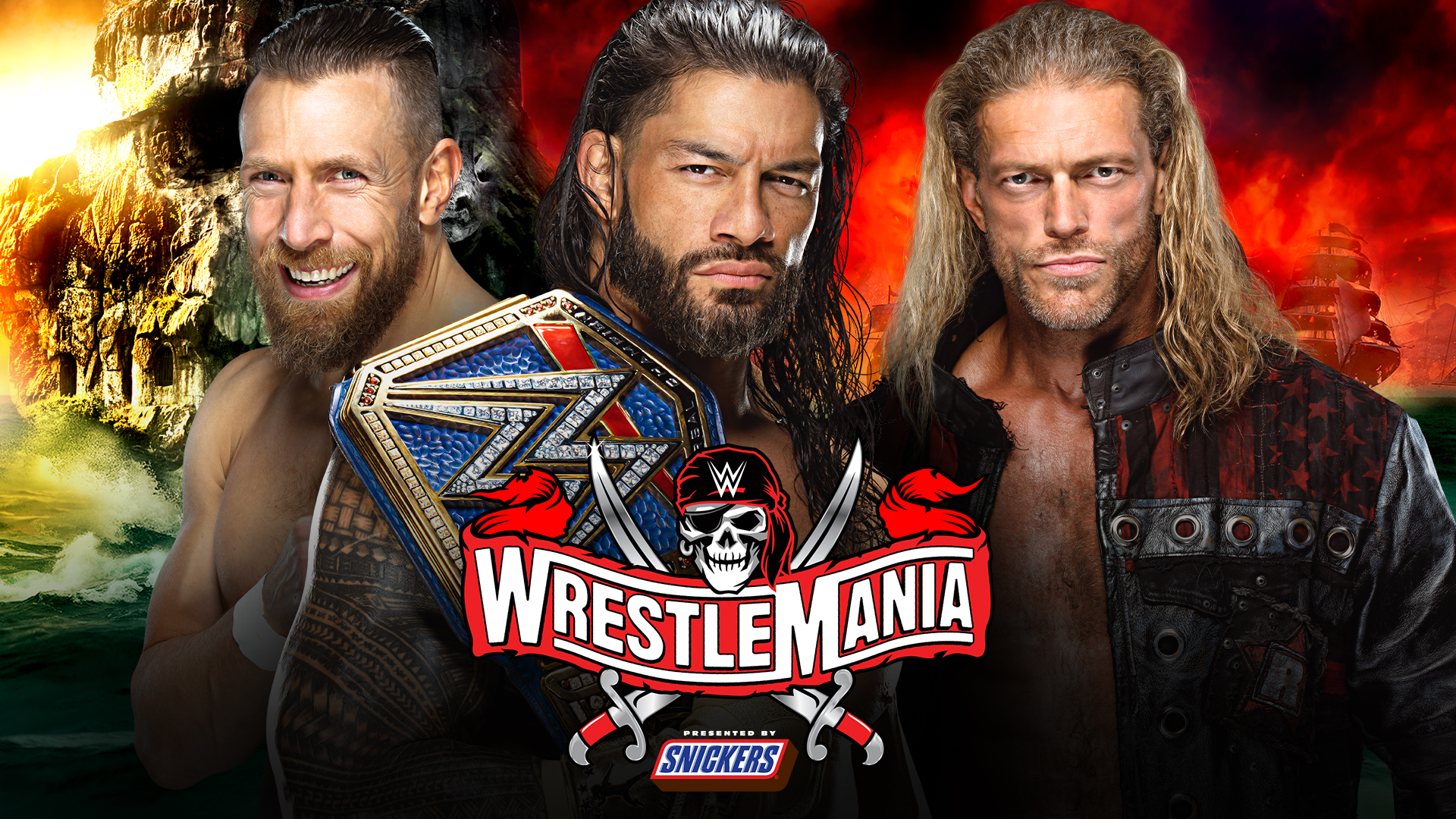 Reigns has had a stranglehold on the title since returning to WWE last summer but he finds new opposition in Edge, who made his comeback from an injury to win the 30-man over-the-top battle royal last January and get his shot at WWE gold. Bryan has also found his way into the match after giving Reigns hell over the past month, much to Edge’s chagrin.

MORE: Daniel Bryan on title match and whether this is his last WrestleMania

This fantastic rivalry will culminate with a showdown in WWE’s annual “Showcase of the Immortals,” between three competitors who have something in common.

Edge and Bryan have made remarkable comebacks after retiring because of career-threatening injuries, while Reigns overcame leukemia to make his way back to the squared circle. Nobody in this trio will take anything for granted, but only one can come out on top.

Other matches include Big E defending his Intercontinental championship against Apollo Crews in a Nigerian Drum Fight, Riddle putting his United States championship on the line against Sheamus, The Fiend looking to get his revenge against Randy Orton, and plenty of other action.

Stay tuned as Sporting News provides live updates following each match with a recap and grades.

How to watch WrestleMania 37

One of the latest streaming services to hit the market, Peacock, is an NBC-driven vehicle. In January, WWE Network and its library were sold to Peacock, which is now home to WWE streamed content.

Peacock has three separate pricing tiers: the free tier, the Premium tier and the Premium Plus tier. In order to watch WWE Network and WrestleMania 37, you’ll have to subscribe to the Premium tier, at $4.99 per month. This will also grant you unlimited access to the WWE Network library available on Peacock, as more content is uploaded to Peacock over the coming months.

Peacock is available on gaming consoles, Roku, Chromecast, Android TV and Apple TV. After logging in, there is a WWE category across the top bar — navigate over to it, and away you go.

MORE: How to watch WrestleMania on Peacock 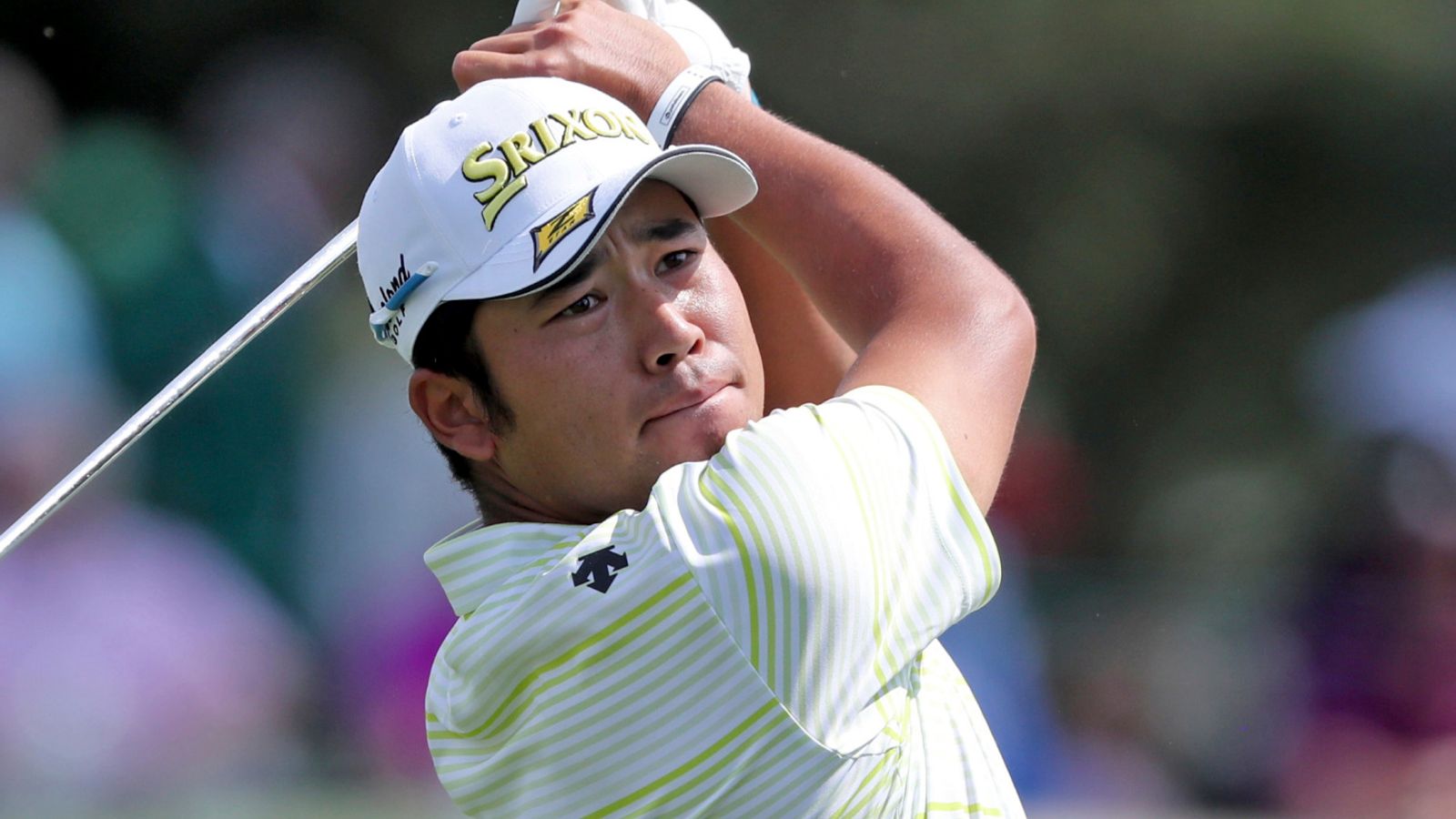 After being six clear with seven holes to play, Hideki Matsuyama survived a nervy finish and a last charge from Xander Schauffele to create Masters, and major history at Augusta National.

His overnight four-stroke lead was quickly reduced to one when he bogeyed the first and Will Zalatoris started with a pair of birdies, but Matsuyama restored his composure and looked set for a back-nine procession when he led by six with seven holes to play.

But Schauffele then made four straight birdies from the 12th while Matsuyama made a huge error with his second to the 15th, airmailing the green with his adrenaline-fuelled second and finding the water over the back, leading to a bogey-six which had his lead whittled down to just two.

However, Schauffele then took an aggressive line to the short 16th and came up a fraction short, his ball kicking left, missing the bunker and finding the lake, easing the pressure on the long-time leader as he knocked a safe tee shot to the right side of the green, although he then three-putted from the top tier.

Schauffele compounded his initial error by going over the back of the green with his third and he needed three more to get down, running up a triple-bogey six which ended his Masters hopes for another year, while Matsuyama looked to regroup having slipped to 11 under with Zalatoris in the clubhouse on nine under par.

The leader steadied himself with a rock-solid par at the 17th, hammered a perfect drive up the last before causing himself more consternation when he blocked his tentative approach into the bunker to the right of the green.

But he was all smiles moments later after splashing out to six feet, and missing the par putt mattered little as he left a tap-in for a momentous win, 10 years on from his first visit to the Butler Cabin as the leading amateur in the 2011 Masters.

Sky Sports Golf for £10 a month

All four days of The Masters exclusively live. Get our £10 golf offer. Find out more here.

Any expectations of coasting to victory were quashed as early as the opening hole, when Matsuyama carved a fairway-wood way right and started with a five, just after Zalatoris had made birdie at the second from the front bunker to close within one.

But the American erred at the next and Matsuyama replied with a four of his own at the second, and he was content to grind out the pars as his rivals fell away one by one, with Jordan Spieth, Justin Rose and Marc Leishman unable to match the scoring of Jon Rahm, who raced round in 66 to close on six under.

Matsuyama pulled further ahead with birdies at the eighth and ninth to go five clear at the turn, although he would not get through Amen Corner unscathed as he dropped his second shot of the day at the 12th, only to get it back at 13th despite a wild drive and a pulled second that threatened to disappear into the Azaleas.

The 29-year-old pitched it close and made the putt to get back to 13 under in the midst of Schauffele’s valiant charge, which came to an abrupt halt three holes from home. 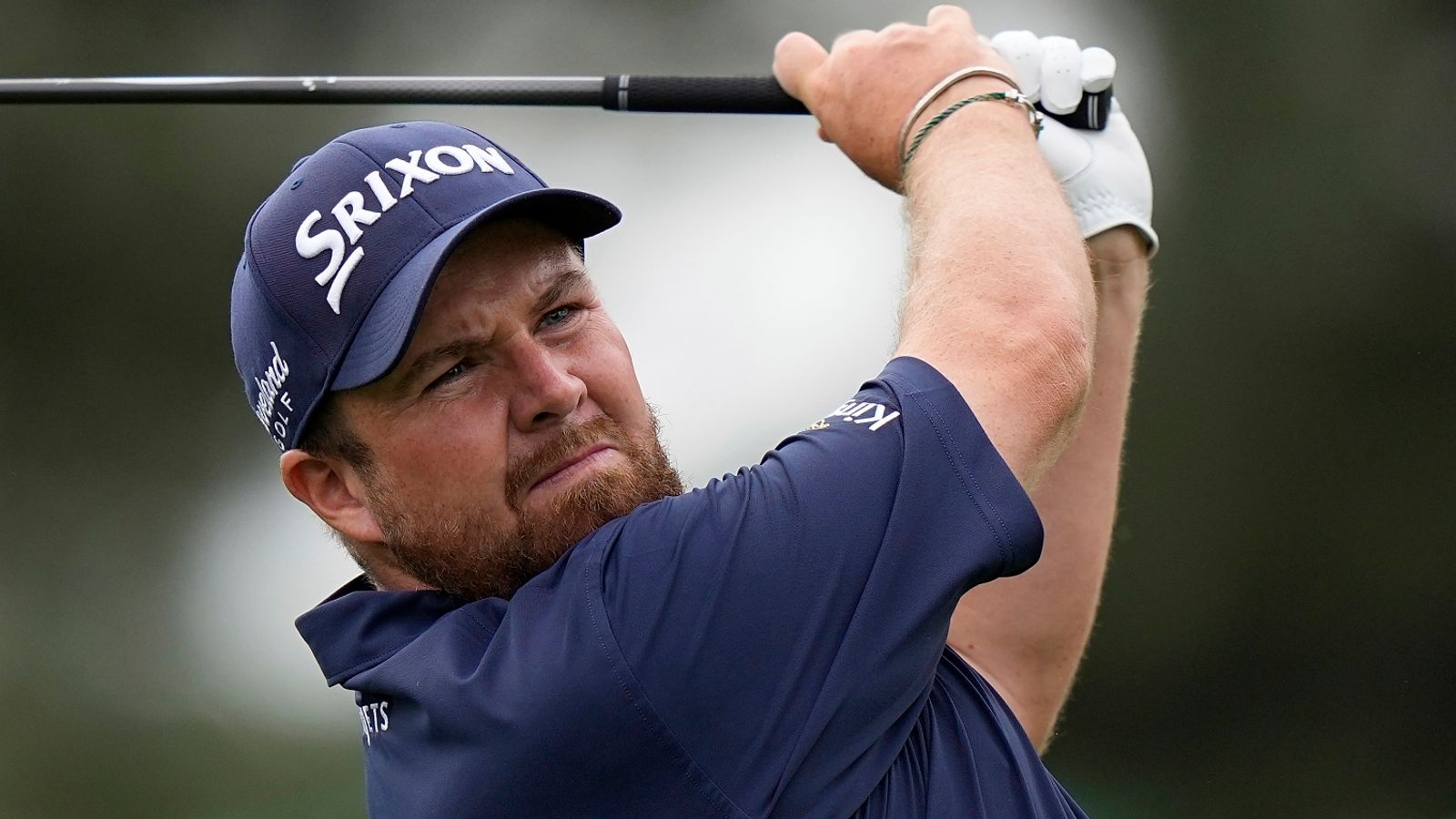 Shane Lowry expecting to be without his caddie and support team until he defends his Open title in July due to coronavirus restrictions that could jeopardise the Irish Open.

Shane Lowry doubts he will return to Europe until he defends his Open title in July and feels his home Irish Open “could be in trouble” due to Covid-19 restrictions.

Lowry closed out the Masters with a 72 to finish on level par for the week at Augusta National, but he is now looking for a replacement caddie with Bo Martin heading home to Ireland along with other members of Lowry’s support team.

The Open champion now resides in Florida and plans to remain on the PGA Tour until heading to Royal St George’s in July, appearing resigned to the Irish Open being in doubt due to quarantine regulations.

“So I have no idea what my schedule is going to be leading up to The Open, but it’s definitely going to be mostly over here. I don’t know if I’ll get back to play in Europe at all.

“If you look at what the Irish government are out there doing, I think the Irish Open is going to be in trouble because they are out there putting France, Germany, and the US on a quarantine for two weeks. So I don’t know what’s going to happen there.”

Sky Sports Golf for £10 a month

All four days of The Masters exclusively live. Get our £10 golf offer. Find out more here.

Lowry is now in the market for a temporary caddie until he can reunite with Martin at The Open, insisting he would not want his long-time bagman to spend two weeks in quarantine if he returned to the US ahead of the PGA Championship.

“I know things are tough for everybody at the minute, but my coach and my team are going home, and I probably won’t see them until The Open,” he added. “It’s not great, because I want them over here for the big tournaments, the PGA and the US Open. We’ll see what happens. I don’t know.

“Maybe there will be exemptions or something. We are an Olympic sport now. Maybe we should get an exemption. I have no idea.

“There’s a couple of guys who aren’t playing next week and they’re out there looking for a job. So I’ll find a caddie out there somewhere.”

Where and How To Watch Godzilla vs Kong, Everything You Need To Know