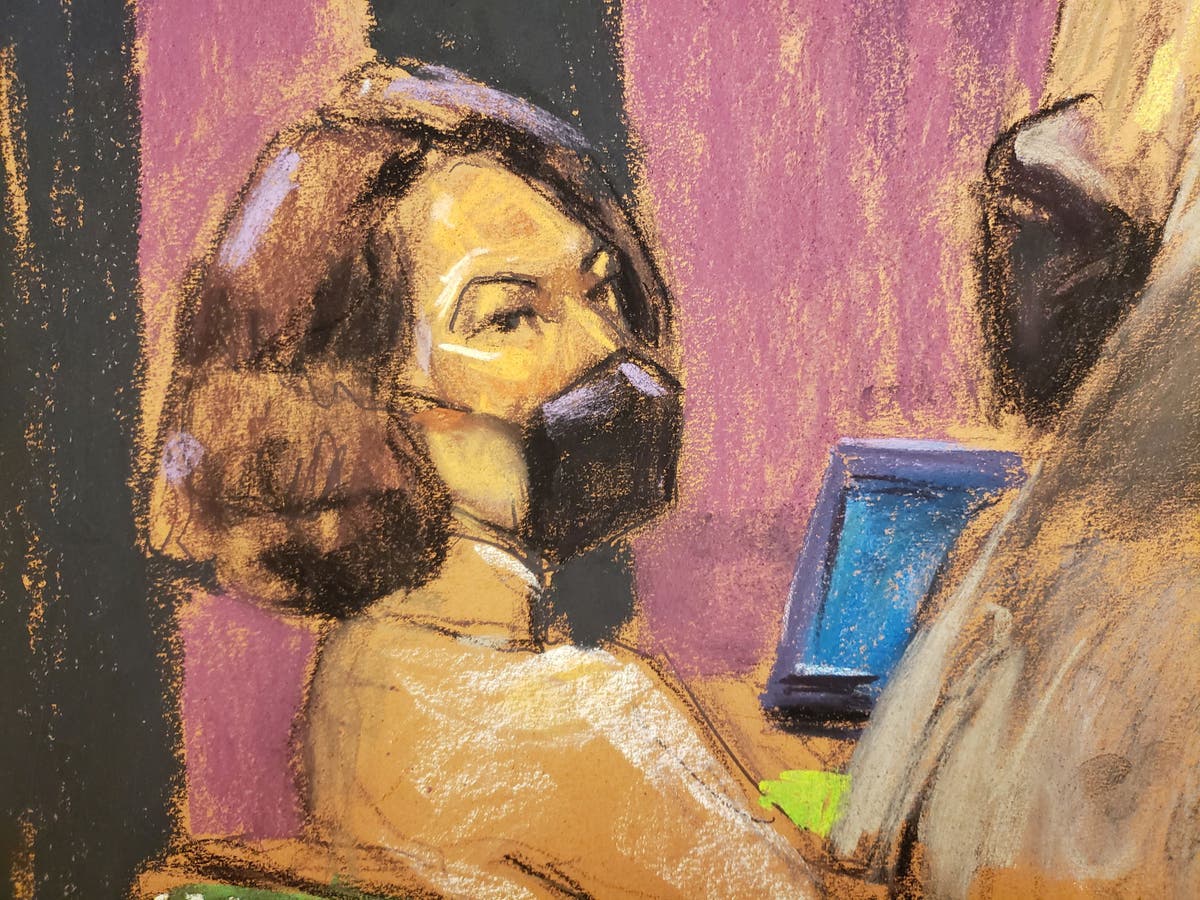 Jurors considered six charges against Ms Maxwell, who is accused of recruiting and grooming teenage girls for convicted paedophile Jeffrey Epstein to abuse.

She pleaded not guilty to all charges and said she is being made a scapegoat for Epstein’s acts after he died in 2019 while awaiting his own trial.

After about 40 hours of deliberation, the jury found her guilty of five charges:

She was found not guilty of the sixth, for enticing a minor to travel to engage in illegal sex acts.

If ordered to serve all five sentences consecutively, Ms Maxwell could spend the next 65 years behind bars.

The family of convicted sex offender Ghislaine Maxwell said they have initiated an appeal process after the British socialite was found guilty of luring and grooming young girls into having sex with disgraced financier Jeffrey Epstein.

Maxwell’s family, on Twitter on Thursday morning, said they were “very disappointed” with the verdict and had already begun the appeal process.

“We believe firmly in our sister’s innocence – we are very disappointed with the verdict. We have already started the appeal tonight and we believe that she will ultimately be vindicated,” the statement read.

What were Prince Andrew’s ties to Maxwell?

Prince Andrew’s presence in the Maxwell trial was most keenly felt in a photograph he didn’t actually appear in.

Government exhibit GX-347 showed a picture of Maxwell and Jeffrey Epstein cozying up together on a porch bench on the grounds of the Queen’s Balmoral estate in the Scottish Highlands.

The photo was taken on a trip the pair took to the royal manor in 1999 as the guest of Andrew, the Duke of York.

It was among 19 images released to the jury of Epstein and Maxwell in exotic locations appearing to be very much in love that were found on CDs taken from a 2019 FBI raid on Epstein’s Manhattan townhouse.

The Independent’s Bevan Hurley explains the link between Prince Andrew and Maxwell:

Maxwell, the daughter of the late media mogul Robert Maxwell, told a 2016 deposition that she met Jeffrey Epstein, then a wealthy financier, in 1991 through a mutual friend.

During the 1990s the couple socialised with Donald Trump and Bill Clinton, as well as Prince Andrew, with Maxwell flying on Epstein’s private jets and staying at his homes, before settling in a $5m New York townhouse.

The Independent’s Graeme Massie explains how she came to know the convicted paedophile:

It’s been 30 years since the death of Ghislaine Maxwell’s father Robert Maxwell, who was found floating in the Atlantic Ocean off the coast of Gran Canaria.

In recent weeks, both the fearsome personality of the larger-than life press baron and the nature of his demise, have been an attendant narrative to the courtroom drama that has gripped the Thurgood Marshall US Courthouse in New York where his favourite daughter Ghislaine stood trial.

The Independent’s Andrew Buncombe explains how Robert Maxwell’s spectre hung over the case:

ICYMI: Most explosive revelations from the trial

The federal government’s case against Maxwell centred around her decades-long relationship with Epstein. It alleged she operated as his enabler in luring vulnerable teenage girls with promises of scholarships, attention and financial assistance for their families, and coerced them into becoming objects for his sexual gratification.

This later expanded to a “pyramid scheme of abuse”, according to prosecutors, in which young girls already in Epstein’s orbit would offer to recruit classmates and friends with the promise of easy money.

The Independent’s Bevan Hurley recaps the most explosive revelations across three weeks of testimony in Manhattan’s federal court:

Here’s what Donald Trump said about Ghislaine Maxwell in 2020

After Ghislaine Maxwell was arrested in July 2020, then-president Donald Trump was asked about the jailed socialite at a press conference.

Trump on Ghislaine Maxwell: ‘I wish her well’

Bobbi Sternheim, one of Ghislaine Maxwell’s lawyers, made a brief statement outside the courthouse on Wednesday night.

“We firmly believe in Ghislaine’s innocence,” Ms Sternheim said. “Obviously we are very disappointed with the verdict.”

The lawyer then vowed to appeal the case, and wished the crowd of journalists a happy new year.

View from inside the courtroom: ‘I watched Maxwell’s defiance crumble’

The Independent’s Bevan Hurley was stationed inside the courtroom throughout Maxwell’s trial.

In a new column, he shares how he watched the socialites defence – and her spirits – dissolve as the case dragged on.

Virginia Giuffre praises verdict: ‘I will remember this day always’

Virginia Giuffre, who has accused Ghislaine Maxwell and Jeffrey Epstein of abusing her as a teenager, released a statement on Twitter praising today’s verdicts.

“My soul yearned for justice for years and today the jury gave me just that. I will remember this day always,” Ms Giuffre wrote. “Having lived with the horrors of Maxwell’s abuse, my heart goes out to the many other girls and young women who suffered at her hands and whose lives she destroyed. I hope that today is not the end but rather another step in justice being served. Maxwell did not act alone. Others must be held accountable. I have faith that they will be.”

After the five guilty verdicts were read out, Ghislaine Maxwell’s lawyers asked if she could be given a booster Covid vaccine.

“We want an order to get Ms Maxwell the booster,” attorney Bobbi Sternheim requested, according to Inner City Press.

Judge Alison Nathan replied that the shot is available at her jail, the Metropolitan Detention Center.