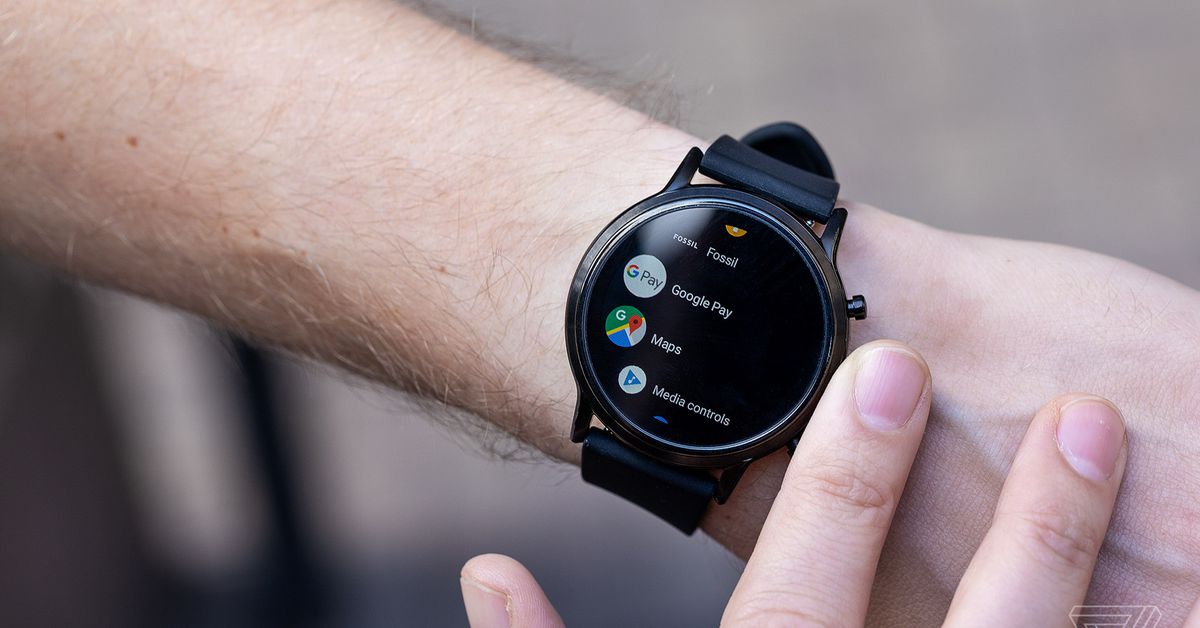 As we approach the release of Google and Samsung’s joint smartwatch operating system later this year, Google today outlined some new Play Store improvements that will make it easier for customers to find and download apps to their Wear OS devices.

The company is making it faster to search for smartwatch apps on your Android phone and instantly install them. There are new filters that are activated when you include “watch” or “watch face” in your Play Store search query. Based on this post, it sounds like Google will also be making an effort to better highlight the best and most useful wrist apps with more curated collections in the designated Wear OS and watchfaces sections of the Play Store.

The Play Store experience on smartwatches is also being refined and simplified; Google says it’s now “based on the principles of Material You” and better suited for the “small surface area of a watch face.” Easy-to-tap cards are becoming more prominent on this version of the Play Store.

In cases where you want to make an in-app purchase, “the Play Store now reliably prompts the purchase page to open on your Android phone or for a URL to open in a web browser, to easily complete your payment.”

Google says these tweaks will be coming to the Play Store both on Wear OS and Android in the standard, vague “coming weeks” time frame that tech companies love so much. Though they’re arriving first on Wear OS, the improvements to discoverability and browsing apps should also ultimately benefit the new OS that Google and Samsung are creating together. Samsung has said it will announce the first consumer product running that software, known only as “Wear” right now, later this year. The company recently previewed what the interface will look like on its next generation of Galaxy smartwatches.

How to Temporarily Stop Your Windows PC from Sleeping

U.S. authorities say a Louisiana woman who was honeymooning in Hawaii has been fined $500 after a social media video showed her touching an endangered Hawaiian monk seal

HONOLULU — A woman from Louisiana who was honeymooning in Hawaii has been fined $500 after a social media video showed her touching an endangered Hawaiian monk seal, U.S. authorities said.

The National Oceanic and Atmospheric Administration launched an investigation last month and found the woman violated the Endangered Species Act, said Dominic Andrews, a spokesperson for the agency’s Office of Law Enforcement.

A video posted on TikTok and other social media showed a woman touching the seal at a Kauai beach in June. The video showed her running away after the seal snapped at her, the Honolulu Star-Advertiser reported Thursday.

The Associated Press wasn’t immediately able to reach the couple Thursday. The couple previously apologized and told the Star-Advertiser earlier this month that they love Hawaii and didn’t mean to offend anyone.

Under state and federal laws, it’s a felony to touch or harass a Hawaiian monk seal. Penalties can include up to five years in prison and a $50,000 fine.

NOAA also fined another traveler $500 for touching a resting Hawaiian monk seal. It is unclear when that encountered occurred, but an Instagram account shows the visitor recently visited Oahu in May, the newspaper reported.

Climbing at the Tokyo Olympics: Start times, how to watch and how it works Sport Climbing is about to make its long awaited (by me) debut at the Tokyo Olympics. We’re extremely excited.

Regular old rock climbing has been around since — well, since the first time someone tried to climb something rocky. But modern recreational climbing started in the 19th century, with sport climbing only emerging in the 1970s and ’80s.

In the Olympics, climbing will take place on engineered or indoor routes. They practice in pursuit of physical perfection and strategy as opposed to vertical height.

Stay in the know

Get the latest tech stories with CNET Daily News every weekday.

Rock climbing has evolved as a catch-all term for many different sports, including everything from free soloing to bouldering. With that in mind, here’s everything you need to know about sport climbing at the 2020 Olympics.

When to watch climbing at the Tokyo Olympics

The Olympic master schedule has already been released, with sport climbing qualifying events on Aug. 3 and 4.

Here’s the breakdown for the men…

And for the women…

The finals will be on Aug. 5 and 6. In the US, NBC will broadcast events, with the BBC securing rights in England and Channel Seven, 7Mate and 7Two in Australia. All events will take place at the Aomi Urban Sports Park in Tokyo.

How climbing works at the Olympics

Speed climbing is relatively simple: there are two climbers with safety ropes and one 15-meter wall set at a 95-degree angle. The climbers race against each other to get to the top, with the fastest one winning. The speed route is the exact same at all times: the same holds in the same position at the exact same angle. The addition of speed climbing has been somewhat controversial in the climbing community, because it requires a completely different skillset compared to other climbing disciplines.

Bouldering takes place on an shorter wall, where climbers take turns attempting to scale as many routes on a four-meter-tall wall in 4 minutes. Each route (also called a bouldering problem) is laid out with hand and foot holds in a specific color, and they vary in difficulty based on the size of the holds and the way they are spaced out. A climber completes a problem by grabbing the top hold with both hands.

Bouldering has traditionally been about power and finger strength, but recently competition route setters have been creating problems that require delicate co-ordination and explosive gymnastic movements. This one will be fun to watch.

Lead climbing is arguably the most recognizable of the three events. The climber has six minutes to climb as high on a wall that is taller than 15 meters. They use safety ropes that attach to quickdraws on their way up, allowing the rope to run freely while they stay anchored to the wall. If two athletes reach the same point on the wall, the person who got there first is the winner.

In both bouldering and lead climbing, climbers are not allowed to practice climbing on the routes before they compete or watch each other scale the wall, and they only have a couple of minutes to study the routes and decide their strategy before the timer begins.

If you thought the qualifying system was a bit complicated, take a deep breath. There’s only one set of medals awarded per gender, so all three events will go into determining which country gets the gold, silver and bronze.

The speed climbing discipline will be done in a bracket format, with athletes competing head to head, while bouldering is in a leaderboard format. Lead climbing will have a point system in which each hold on the wall counts as one point and the athlete who climbs the highest will obtain the highest score.

Once all the athletes are ordered by placement per event, their placement numbers will be multiplied, and the climbers with the lowest scores will win medals. Because of the scoring format, each climber will compete in each event. For example, if an athlete gets second place in speed climbing, third in bouldering and first in lead climbing their overall score would be six (2 times 3 times 1 equals 6). 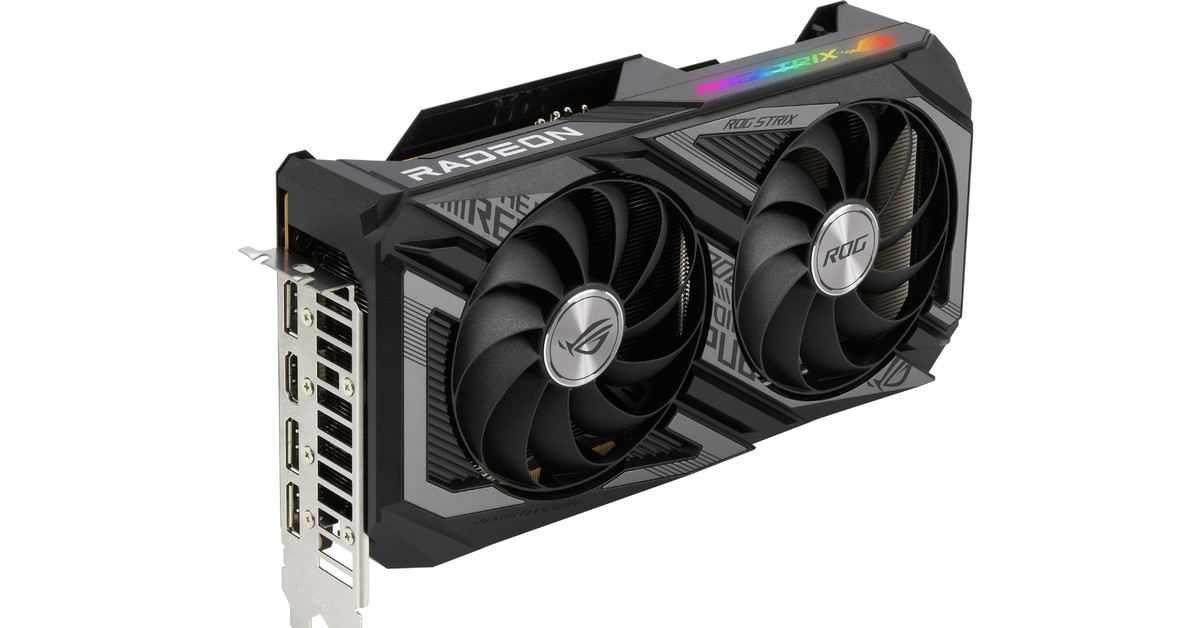 AMD has a new entry-level RX 6000-series GPU: the $379 RX 6600 XT, which is still based on the same RDNA 2 architecture as its beefier cousins, but it offers a more wallet-friendly price point. The new card promises the “ultimate 1080p gaming experience,” for customers who don’t necessarily need a next-gen 4K gaming setup.

At a suggested retail price of $379 (AMD isn’t selling its own version of the card), the RX 6600 XT slots at an even cheaper price point than the $479 RX 6700 XT that the company released earlier this year, which targeted 1440p gaming.

AMD’s logic here, though, is that most players don’t actually have the setup necessary for a full 4K gaming rig, which requires not only the latest and greatest in GPUs but also a processor and a display that can pump out enough pixels. The company cited research from IDC that claimed that roughly two-thirds of gaming displays sold last year were 1080p panels — but also that growth in high-refresh displays was 20 times higher than lower-refresh rate models.

The RX 6600 XT is meant to slot into those trends perfectly, promising to be able to run AAA titles like Battlefield 5 or Cyberpunk 2077 at high frame rates on maximum 1080p settings. The new card isn’t meant for someone who wants the latest and greatest GPU — it’s for customers using an outdated GPU like the aging GTX 1060 (which still accounts for almost 10 percent of all graphics cards in Steam’s hardware survey and can struggle with more recent games).

AMD is also aware that supply may be an issue for the new card, commenting at a press briefing that “we’re doing our best to get supply, but the demand is unprecedented, and also the supply constraints are real, so we are working with those situations at hand.” Given the general difficulty in buying new GPUs these days, it might be best to prepare for another round of hard-to-find cards, though.

The RX 6600 XT will be available starting on August 11th from AMD’s usual slate of partners, including ASRock, Asus, Biostar, Gigabyte, MSI, PowerColor, Sapphire, XFX and Yeston, with prebuilt systems set to arrive sometime in August, too.

Viola Davis’ Husband Julius Tennon: Everything To Know About The Actress’ Husband Of 18 Years