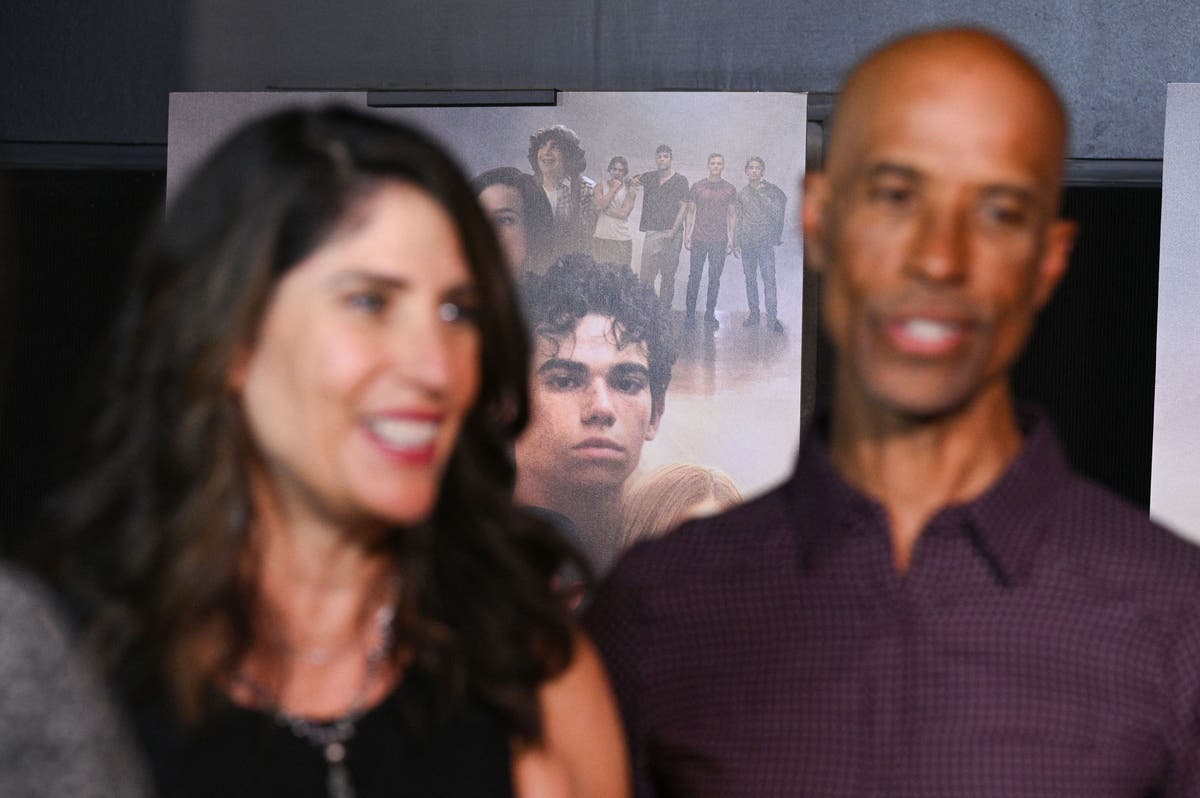 For the parents of the late actor Cameron Boyce, watching a new posthumously-released movie is a complicated matter.

For his mother, Libby Boyce, it is a a shuddering experience. She says there are not five minutes that pass when she doesn’t think of her 20-year-old son, who died two years ago after suffering an epileptic attack.

“Just looking at the freckle on his neck, or a little movement he makes, it’s just raw, she says.

For his father, Victor Boyce, the experience of watching the film, Runt, and seeing his son, is less heartbreaking than not being able to talk to him afterwards, or just give him a hug. It is the absence that feels so bleak.

Yet, both are in firm agreement that they need to use the film and the voices they have to raise awareness about epilepsy, which is still little not entirely understood by doctors, and what is termed Sudden Unexpected Death in Epilepsy (SUDEP). Both parents said they did not know someone could die from epilepsy.

She says it is “pretty rough” having to watch it, knowing his life was cut short at such an age.

Cameron Boyce was born in Los Angeles in 1998. In an interview a few years ago with People magazine to mark Black History Month, he revealed that his paternal grandmother, Jo Ann Boyce, had been one of the-called Clinton 12, the children from Clinton, Tennessee, who in 1956, became the first African-Americans in the American south to attend an integrated high school.

“My Nana stuck up for what she believed in and did something amazing,” he said, then aged 15. “Things are going to happen in your life and you’re going to face adversity, but if you grow from that and learn from that, you’re a better person because of it.”

A year after that he bagged his first leading role in the Disney Channel’s Jessie, which tells the story of a young girl who moves from Texas to New York, and the friends she makes. For four years, Boyce played the role of Luke Ross.

He then played the role of Carlos de Vil, the teenage son of Cruella de Vil, in the musical fantasy Descendants, appearing in each of the franchise’s three movies, and supporting several spin-offs. As it was, he suffered the fatal attack before the third film was released.

Boyce’s parents say that from an early age he wanted to take on more challenging roles. In the movie Runt, directed by William Coakley, and produced by Carl Rumbaugh and Gregory Thomas, he did just that.

The film was first released in 2020 at the Mammoth Film Festival in Mammoth Lakes, California, where it won an award. Its premiere was in September 2021, at the TCL Chinese 6 Theater in Hollywood, which his parents both attended.

His parents say when he was child Boyce had sought to use his celebrity to help various charitable causes.

One that was particularly dear to him was the California-based Thirst Project, which helps bring clean water to underdeveloped countries. He did walks to raise money for homeless organisations and worked with Make-A-Wish America, a charity that works to “create life-changing wishes for children with critical illnesses”.

“He was always aware, he was a very, very intuitive, insightful human. He always cared about other people. It was evident from the minute you could see his emotions,” says his mother. “He loved his family, he loved his friends, and he just always wanted to help others.”

She adds: “When the Make-A-Wish kids would come. He would just spend all day with them. They were the king or queen of his world at the time he was with them. And he knew how much that meant. He he understood he meant a lot to people and that he didn’t take that for granted.”

When Boyce died on July 6 2019 he was aged just 20. His parents initially issued a statement to say he had  “passed away in his sleep due to a seizure that was a result of an ongoing medical condition for which he was being treated”.

They added: “The world is now undoubtedly without one of its brightest lights, but his spirit will live on through the kindness and compassion of all who knew and loved him. We are utterly heartbroken.”

Several days later, the family confirmed the young man had suffered from epilepsy.

“We are still trying to navigate our way through this extremely heart wrenching time, and continue to ask for privacy so that the family, and all who knew and loved him can grieve his loss and make arrangements for his funeral – which in and of itself, is agonising,” they said.

Adam Sandler was among many actors who had starred with him to pay tributes.

Boyce’s parents said that for a long time they tried to understand what had happened. They themselves knew little about the complexities, or that seizures triggered by the neurological disorder can be fatal. That is something they and their foundation are trying to correct.

They say their biggest discovery on their journey was the lack of awareness they found there was about the condition.

“How little awareness there is and and how little it is discussed. It is the number one neurological disease and we don’t talk about it,” says Boyce’s mother.

“People, for some reason, don’t feel free to discuss their diagnosis. There’s just not enough awareness and there’s not enough education for those people who are newly diagnosed.”

She adds: “One in twenty-six people have epilepsy. Everybody knows somebody who has epilepsy, yet we never talked about it.”

Why do they think that is?

“One of the things we’re going to do is to destigmatise it, to bring it into the mainstream, to get it out from under the carpet, and shine a light on it.”

At the core of the foundation’s efforts is the provision of practical information to individuals diagnosed with epilepsy, and their friends and family, to answer the most very basic question – “now what?”

For example, if someone has just suffered a seizure, now what?

“After your seizure is over, make sure to have someone drive you to an emergency room to rule out any serious medical problems. You should then talk to your doctor about seeing a specialist,” the website says.

Another question is, ‘I just heard about SUDEP, now what?’.

The website says: “Sudden Unexpected Death in Epilepsy or SUDEP is a real albeit rare occurrence for those living with epilepsy. Make sure to talk to your specialists about way to decrease your risk.”

Boyce parents say they hope that by providing this most fundamental information, along with heightening awareness of epilepsy, they can make a positive contribution. If they can do that, while the loss of their son will not be any less awful to bear, they will have tried to help others.

The couple say they believe that deaths from epilepsy are under-reported, as coroners rarely not it as a cause of death. And while research is continuing, it is not huge. For instance, after Boyce’s death, his parents learned that a there are 40 different types of epilepsy.

“There’s a lot of research going on. But not nearly as much as say, for cancer or Parkinson’s and other diseases. So we want to increase the level of research 100-fold, and and we want to destigmatise it,” says Boyce’s father.

“We feel like even though we’re hardly experts in epilepsy, we do have a voice and a platform, and we want to work with people who are experts and doing research to help them get the funds they need and attention they need and deserve, to get even more funding, so that we can be impactful.”

The couple say they have learned to grieve in different ways. Boyce’s mother says he speaks with other people who have lost loved ones to epilepsy and “we all support each other through our grieving journey”.

His father says he turns mainly to his wife, and their daughter. Maya.

“For me, the group support thing doesn’t really work. It just makes me even sadder. It’s like, the club you don’t want to be in.”

Both urge people to visit their website and arm themselves with life-saving information.