IND vs SA LIVE Score – Kohli closing in on century: India were off to a rocky start in the 3rd Test after openers KL Rahul (12) and Mayank Agarwal (15) departed in quick succession. However, Virat Kohli and Cheteshwar Pujara (43) steadied the innings before Rishabh Pant joined in. Follow India vs South Africa LIVE score updates on InsideSport.IN

Virat Kohli returned to the side after back injury and won the toss. He opted to bat first in the series decider 3rd Test in Cape Town. Mohammed Siraj misses out with hamstring injury and Umesh Yadav comes in his place.

“You cannot control what’s above your head. Runs on this venue have always worked out well at this venue. I am fit and fine. I come in for Vihari. Siraj missed out because of a niggle and Umesh comes in for him. Umesh has been very potent with the ball recently, very handy in the field and with the bat as well. It was a tough decision to choose between the two. We are expected to win every Test we play overseas and that fourth innings chase from South Africa was a special one from them. It is a beautiful stadium and we are very excited,” Virat Kohli said at the toss.

13:35: Ishant Sharma misses out once again. Is this end of the road for the veteran?

13:30: Pitch report: Grass on the pitch and overcast conditions. There will be a little help for the seamers early on. 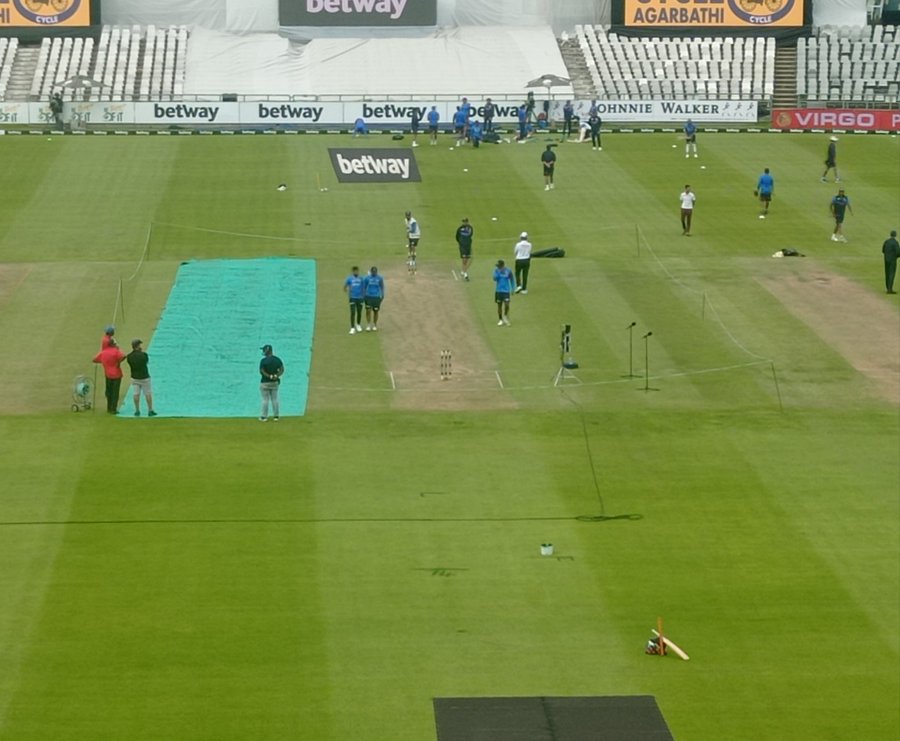 13:10 IST: The rain threat clears out for the moment. But the real question is who will replace injured Mohammed Siraj?

12:50 PM IST: Half an hour to go for the toss and the threat of rain still looms large. Rain clouds are hovering over Newlands stadium.

8.27am: Top of the morning to you from Newlands. The tablecloth is on the mountain and my seat is right behind the bowler’s arm. #SAvIND #INDvSA pic.twitter.com/7HZPluQuD7

12 PM IST: Match results (IND vs SA at Capetown)- India are 0-3 behind to Proteas

11:45 AM IST: IND vs SA, 3rd Test: 3 major roadblocks for India in their bid to conquer final frontier South Africa- check out

11:32 AM IST: All set for the series decider. The LIVE action to begin in a few hours.

All set for the series decider 💪

The LIVE action to begin in a few hours ⏳#TeamIndia | #SAvIND pic.twitter.com/EFIoTgBm31

For more sports news and India vs South Africa LIVE score updates, follow us at InsideSport.IN

Post Views: 18
We use cookies on our website to give you the most relevant experience by remembering your preferences and repeat visits. By clicking “Accept”, you consent to the use of ALL the cookies.
Do not sell my personal information.
Cookie SettingsAccept
Manage consent