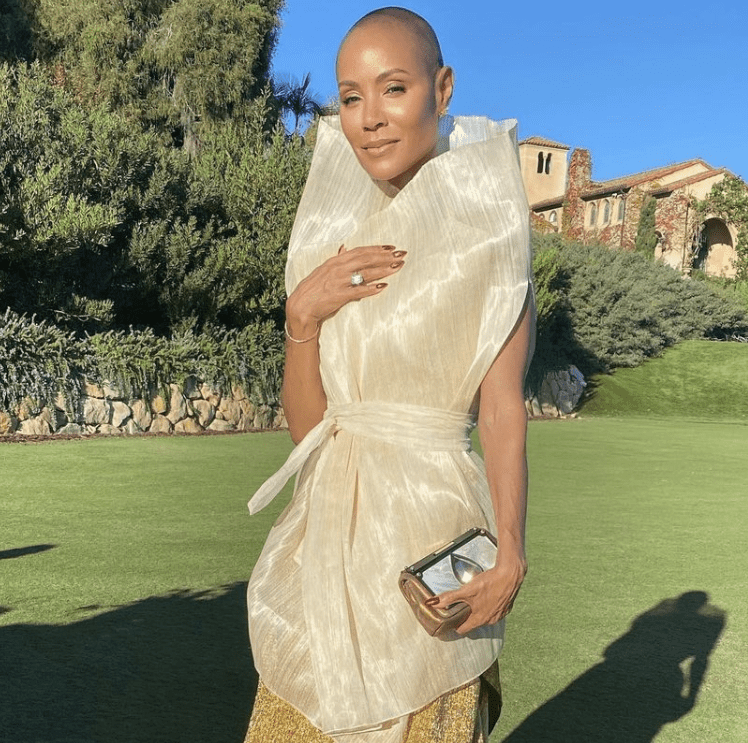 Back in July, Jada Pinkett-Smith took to social media to share that she had completely shaven off her hair. At the time she said, “Willow made me do it because it was time to let go BUT … my 50’s are bout to be Divinely lit with this shed.” As the months went by, she would continue to serve us her amazing beautiful looks as fans became accustomed to her new haircut.

Now Jada is sharing a little more about her hair journey, and how she continues to embrace the changes of her journey.

On Tuesday, Jada shared a video of herself where she pointed out a line that has started to form on her scalp. In the video, she said, “Now at this point, I can only laugh, and ya’ll know I’ve been struggling with alopecia and just all of a sudden one day,” she then proceeded to point to the line that is forming on her head.

“So it just showed up like that. This is going to be a little bit more difficult for me to hide. So I thought I just share it so ya’ll not asking any questions,” she added. Embracing the mark, she spoke about adding some rhinestones to make herself a crown.

In her caption, she said, “Mama’s gonna have to take it down to the scalp so nobody thinks she got brain surgery or something. Me and this alopecia are going to be friends … period!”

Back in 2018, during an episode of “Red Table Talk,” Jada opened up about her hair loss and said, “It was terrifying when it first started. I was in the shower one day and had just handfuls of hair in my hands and I was just like, ‘Oh my god, am I going bald?’ It was one of those times in my life where I was literally shaking in fear. That’s why I cut my hair, and why I continue to cut it.”

At the time she debuted a short haircut before she fully transitioned to shaving her head earlier this year.