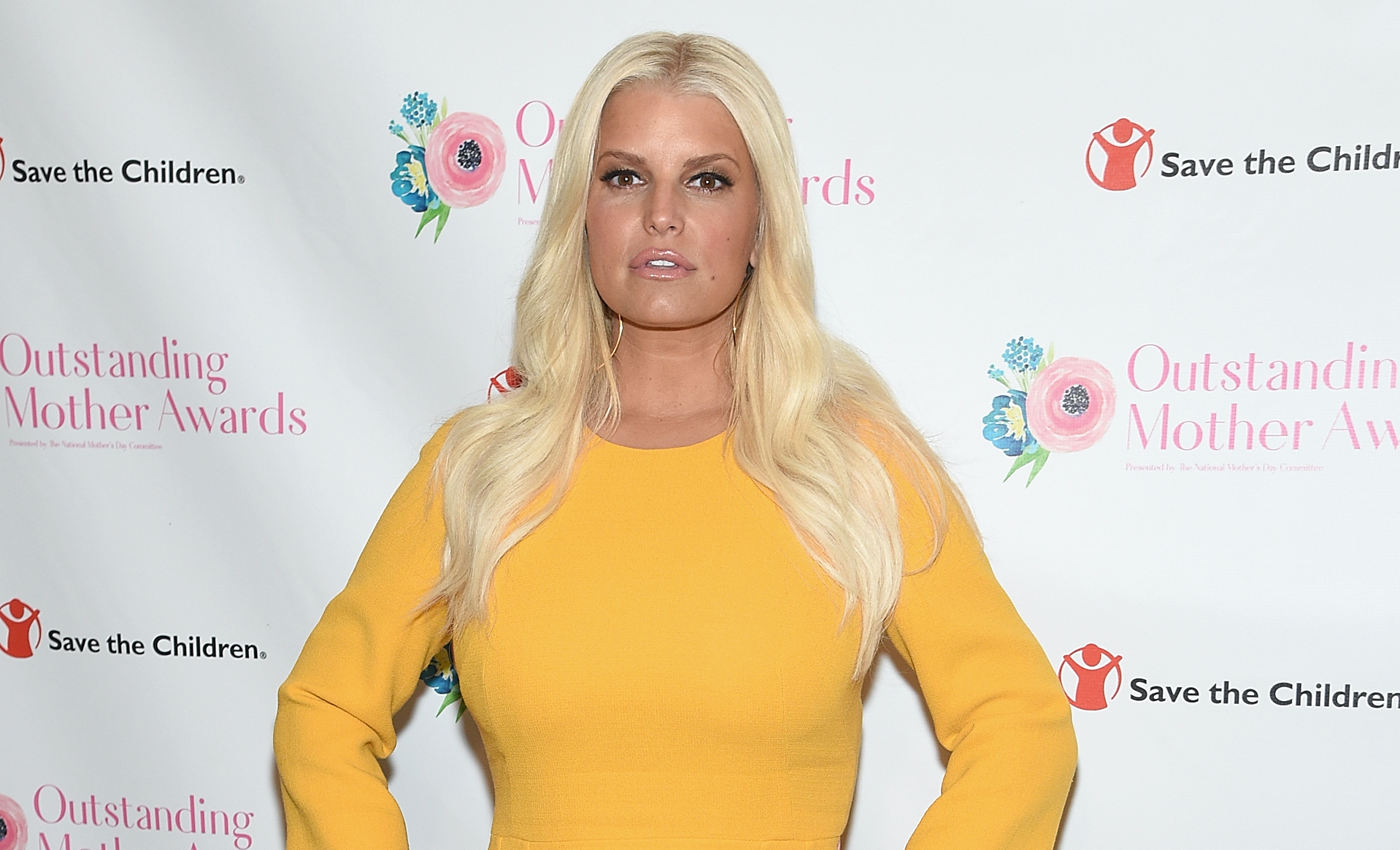 Is Jessica Simpson paranoid that Eric Johnson is going to leave her for another woman? One tabloid claims Simpson’s trust issues are starting to wear on their marriage. Here’s the latest gossip about the fashion designer’s marriage.

This week, Life & Style reports Jessica Simpson and Eric Johnson have hit a rough patch. Despite their seven years of faithful marriage, Simpson’s trust issues have gotten out of control. Apparently, Simpson is absolutely terrified that Johnson is going to stray, and her paranoia is starting to affect their once-solid relationship. “[They’ve been] fighting nonstop because of her trust issues,” an insider dishes.

“She seems to think he will cheat on her. It’s a vicious cycle they can’t seem to break: She’s needy, he feels smothered and pulls away, she becomes more clingy.” But Simpson’s friends are trying to reassure her that there’s no need to worry. “[Simpson] needs to realize Eric loves her more than anything and would never have an affair,” the tipster concludes.

Are Simpson And Johnson Stuck In ‘Vicious Cycle’?

This report is unlikely for a couple of reasons. First of all, it’s highly unlikely anyone close to Jessica Simpson and Eric Johnson is blabbing about their struggles to any tabloids. If Simpson is confiding in anyone about her fears and insecurities, we’re sure they’re not going to turn around and broadcast that information to the entire world.

But this isn’t the first tabloid to claim Simpson and Johnson were struggling to make things work. Just last month, Us Weekly reported Simpson’s marriage was “falling apart” behind closed doors. The tabloid also insisted that Simpson’s jealousy was to blame, and her paranoid tendencies were wearing Johnson down. “When you look at him, it’s clear he’s aged like 20 years in the last decade,” one source remarked. We took a closer look at this story here.

Then, Star reported Simpson was terrified Johnson was going to divorce her after a series of intense fights. Apparently, Johnson was getting sick and tired of Simpson’s obsession with social media. “Eric’s put up with her demanding he pose for all her cutesy social media snaps to promote the idea they’re this perfect family, but the reality is something different,” an insider explained. All the while, Simpson’s “needy and insecure” tendencies were grating on Johnson’s nerves. We thoroughly investigated the report here.

Ultimately, we couldn’t find any evidence to support Life & Style‘s version of things, but it’s clear that it’s just a drop in the bucket when it comes to rumors of strife between Jessica Simpson and Eric Johnson.

The Fastest (And Easiest!) Way To Add Volume To Fine, Thin Hair