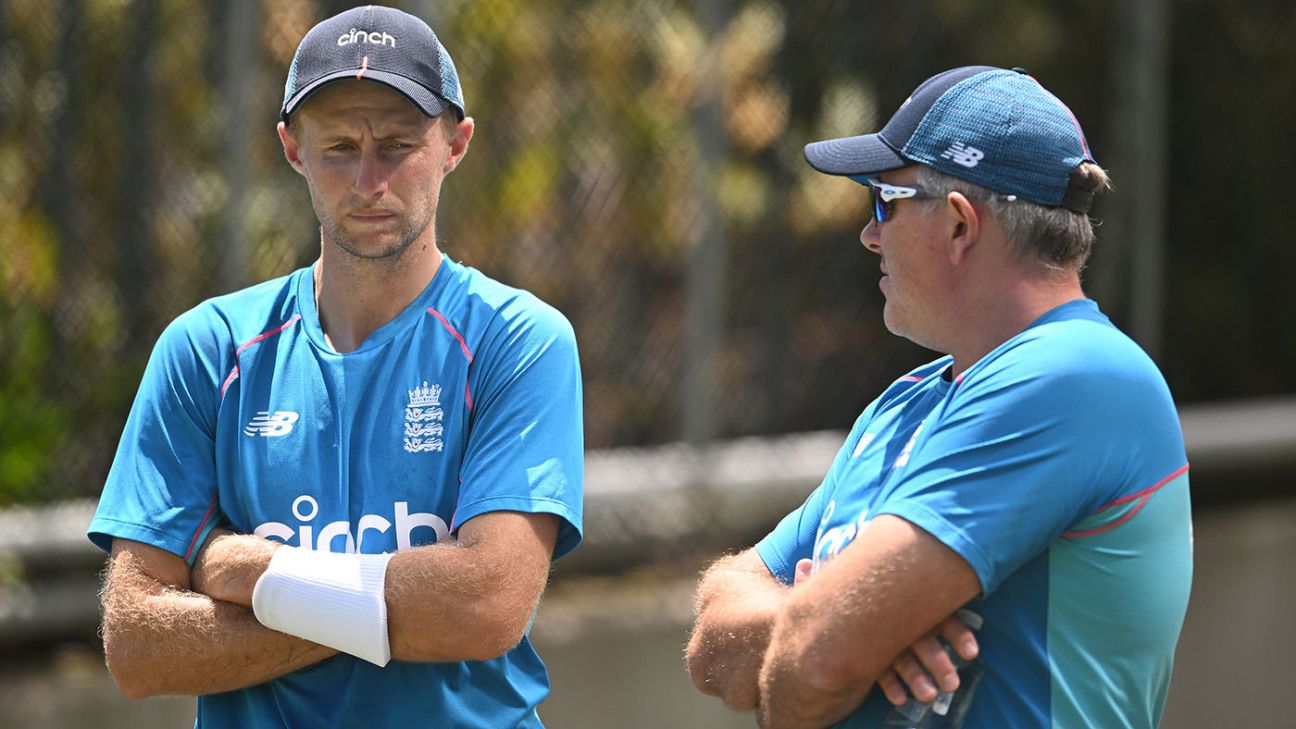 Joe Root has publicly backed Chris Silverwood to keep his job as England coach despite their heavy Ashes series defeat, suggesting that he had been let down by his players.

Silverwood has maintained since his promotion from bowling coach to head coach in October 2019 that his top priority was ensuring England had the tools to compete in the 2021-22 Ashes, and the manner of their defeat – going 3-0 down in the series inside 12 days’ cricket – means that his job is under pressure.

He has re-joined the squad ahead of Friday’s fifth Test in Hobart after a positive Covid-19 test forced him to self-isolate during the draw in Sydney, and Root said that he believed this week’s match should not be Silverwood’s last in charge.

“Yes I would,” Root said, when asked if he would like Silverwood to remain in charge. “It was a difficult week for the group of players with him not being around and it must have been very difficult for him.

“But I think the performances we put in during the first three games, I feel we’ve let him and the coaches down to a degree. We’ve not played anywhere near the level we’re capable of. It’s a chance to do that this week.”

Tom Harrison, the ECB’s chief executive, and Ashley Giles, the managing director of men’s cricket, are both in Australia to determine how England will move forward from the defeat, and with their next Test series due to start on March 8 against West Indies, Silverwood’s future needs to be decided imminently.

Root suggested that Silverwood’s tenure as head coach had to be judged within the context of England’s busy fixture list and the challenges created by Covid protocols and bubbles, and that results had suffered as a result.

“I think he’s very calm, he has the respect of the guys and he’s got a desperation to see everyone do well or up-skill the players as best he can,” Root said. “He’s had a very difficult time of it with the environments we’ve been living in, trying to manage winning matches with bubble environments away from home, and multi-format players trying to prepare for an Ashes and a World Cup. It’s very difficult.

“For a long time we’ve not been able to put our best teams out because we’ve been constantly trying to make sure from a mental wellbeing point of view everyone is looked after properly, because of the schedule we’ve dealt with over two years.”

Root also revealed that he is considering entering the IPL auction for the first time since he went unsold in 2018, but will only do so if he thinks he can play in the tournament without detracting from his Test career. Players are required to submit their paperwork to enter next month’s mega auction by the end of this week.

“Time is ticking but I have a lot to weigh up,” Root said. “Will it have a negative impact on me playing Test cricket? If I don’t think so then I will put myself in the auction. But I will never do anything that will detract from playing Test cricket for England. It’s so important to make sure that is the priority for me and other players as well.”