Time to celebrate your passion for pink. Read on to wear shades of pink like Kiara Advani. Can one ever get bored of pinks?


Seeking happiness in trying out clothes always gives a new high. Whether you have an outfit or a colour you wear on constant rotation, it always works to keep you going because that’s where comfort lies for you. With a few updates added to these favourites fits of yours, there’s no room for conundrum or humdrum. Case in point? If you love a closet filled with pink, make them stay forever. Pinks have a charming factor of their own and look good on anybody and everybody. It’s the colour of the season that’s become the talk of the fashion world. If you aren’t inclined towards this hue, sorry you’re missing out on all the fun. Need another reason to trust this hue? Actress Kiara Advani proved pinks belong to the can’t-go-wrong category.

Read this guide to break free from your snuggly pajamas and have fun with pinks. Do not wish to indulge in a minimalist aesthetic? You don’t need to with this dreamy drape. The tie-dye sequinned saree was casually draped over a strappy lavender silk blouse and clubbed with an open diamond-studded necklace. Drama is always in. Here’s something to slay, courtesy: Shehlaa Khan. Do you have a pair of taffy pink skinny-fit sequined pants? Team it with a halter-neck high-low top that featured layers of ruffles. Mini dress but worthy of massive love. Dress like the Good Newwz starlet in a bubblegum pink ruched dress. The off-shoulder number featured a flattering fit and asymmetrical hem with not-so-little flow trimmings. Wear it to an informal party and you’ll never regret it. The Indoo Ki Jawani star always keeps things bright with a fashion-forward approach and this time around she proved it with a strapless hot pink jumpsuit. The midi-length apparel was designed with a knotted-bow detail at the top. Grab your white sneakers and get moving. Can you move away from body-hugging ensembles? Not after you wear a similar kind. Kiara donned a Neeta Lulla crepe pink full-length outfit that bore a one-shoulder ruffle sleeve pattern and the waist-down mermaid fit was adorned with embellishments. Love to be confined to your sweatshirts? The Kabir Singh actor chose to keep it casual with a rose pink sweatshirt and black pants. Slide your feet into a pair of heeled black boots to keep it cool.

Which is your favourite look? Let us know in the comments below.

Dani Soares Reacts to Jean-Luc’s Posts About Paternity, Says They Were Good After Filming Below Deck Sailing Yacht Elizabeth Banks battles feelings of insecurity over “images” of herself.

The ‘Pitch Perfect’ star has revealed looking at pictures of herself after events can change her “entire perception” of the night, as happy memories of the fun she had are often replaced by anxiety over the way she looks in photos.

She said: “Images of myself have always affected me.”

And recalling one specific moment in which she attended a school dance where she had an “amazing time”, she added: “This is before social media. I confronted a photo of myself after the fact, way after the fact, and it changed my entire perception of the night I had. On the night I experienced this dance, I had an amazing time. I got that photo and all I could think about was, ‘Oh my God, all anybody was looking at was my chicken legs and my raging acne, and my shiny forehead.’ The fact that it could ruin an evening for me still strikes me. I can still feel that feeling.”

The 47-year-old actress then encouraged other people struggling with their body image, especially when it comes to pictures, to remember “images aren’t our bodies”.

Speaking during her ‘My Body, My Podcast’ Audible original series, she said: “Self-images are incredibly powerful and there are never more images being made than now, and never more tools, like filters and Photoshop, to alter those images. It’s important to be reminded that images aren’t our bodies. They’re just pictures of our bodies.”

Meanwhile, Elizabeth previously said she is “uninterested” in having cosmetic surgery.

She said in 2019: “That’s something I will happily say to everyone, like I have not put anything in my face, I’ve never had a needle in my face.

“I’m really uninterested in the psychology of starting to mess with my face.” 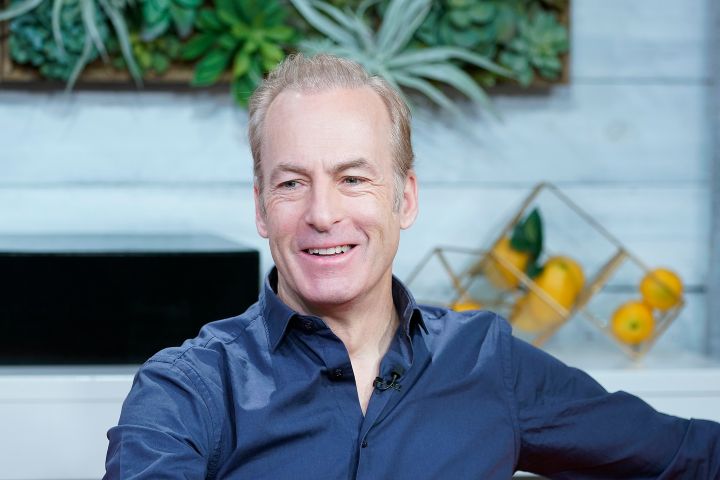 It sounds like Bob Odenkirk is fully on the road to recovery.

On Friday, “Arrested Development” star David Cross shared the good news that Odenkirk is doing much better after collapsing on the set of “Better Call Saul” earlier this week.

RELATED: Bob Odenkirk Is ‘Awake’ And Recovering In Hospital After Collapsing On ‘Better Call Saul’ Set

Cross said in a tweet that he had spoken with Odenkirk over the phone and that “he’s doing great” and that fans “will be hearing from him soon.”

Just got off the phone with Bob and he’s doing great! Joking and japing and joshing. Both he and his family are overwhelmed with the outpouring of love and concern everyone has shown. You will be hearing from him soon. But he’s doing really well!!!

On Tuesday, while working on “Better Call Saul” in Albuquerque, Odenkirk collapsed due to a “heart-related incident,” though specific details about the emergency haven’t been disclosed.

RELATED: Bob Odenkirk ‘Taped’ Jeremy Irons Yelling At Him: ‘He Was Right’

“He and his family would like to express gratitude for the incredible doctors and nurses looking after him, as well as his cast, crew and producers who have stayed by his side,” a rep for the actor said on Wednesday. “The Odenkirks would also like to thank everyone for the outpouring of well wishes and ask for their privacy at this time as Bob works on his recovery.”

The FBI has joined the investigation into the fatal stabbing and dismemberment of a 40-year-old woman inside Atlanta’s Piedmont Park early Wednesday.

Katherine Janness was walking her dog in the park Tuesday evening when she was brutally attacked.

Janness’ lesbian partner pinged her phone and located her spouse’s body inside the park.

Janness’ body parts were found scattered about 100 yards inside the Charles Allen Drive entrance to the park near 10th Street in Midtown just after 1 a.m. Wednesday. Her dog Bowie was also stabbed to death.

Bowie defended his owner during the vicious attack. FBI agents plan to use DNA from the dog’s saliva to identify the killer.

Atlanta police have stepped up foot patrols inside the park since the “gruesome” murder.

Police are trying to determine if Janness’ murder was random or targeted because the killer spent time with her body after she died.

Investigators aren’t ruling out a serial killer. Janness is the second woman killed at an Atlanta area park in the past week.

Police are asking residents who live on 10th Street near the park to check their security videos.

Janness worked as a bartender for Campagnolo restaurant in Midtown Atlanta.

A $10,000 reward is being offered by Atlanta Crime Stoppers for information on the case.