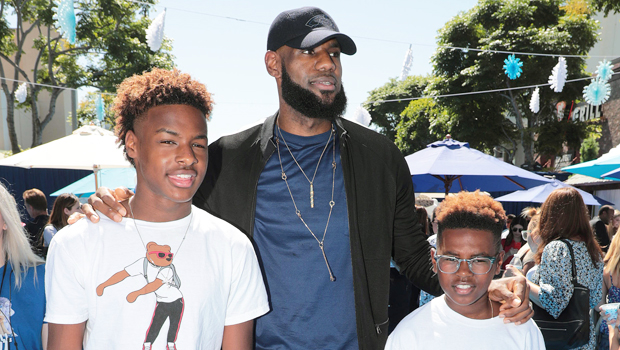 Bronny James and some of his fellow FaZe Clan members grace the cover of a new ‘Sports Illustrated’ issue that’s dedicated to e-sports and gaming.

LeBron James is no longer the only member of his family to appear on the cover of Sports Illustrated! The NBA star’s 16-year-old son, LeBron “Bronny” James Jr., is on the front of the magazine’s latest issue, IN PHOTOS WHICH YOU CAN SEE HERE. Bronny landed on the cover due to his involvement with FaZe Clan, a professional e-sports organization. The teenager joined the organization in summer 2020, and appears on the cover alongside fellow FaZe Clan athlete, Kyler Murray, a 23-year-old football quarterback for the Arizona Cardinals.

In addition to the two athletes, three of FaZe Clan’s most popular gamers — Nickmercs, Swagg Rug and Temperr are also on the cover. While some members of FaZe Clan are involved in professional gaming tournaments, there are plenty of people who join for the “non competitive allures of sports and e-sports, like community, entertainment, personality and endless hours of digital and social content,” according to the SI article. Being in FaZe Clan allows athletes like Bronny and Kyle to have some legitimacy in the gaming world, while being able to further extend their brand to new audiences.

The article accompanying Bronny’s Sports Illustrated cover explains the growth of FaZe Clan over the last ten years. The rising basketball star is far from the only athlete who’s involved in the group, either. Ben Simmons has been following FaZe Clan for more than a decade, and basketball stars like Devin Booker and Karl-Anthony Towns are both well-known athlete gamers.

Bronny is LeBron’s oldest son with his wife, Savannah James, who is his high school sweetheart. He was born in 2004 and has been heavily following in his dad’s basketball footsteps. Bronny currently plays for Sierra Canyon High School in Los Angeles and is a top prospect for college basketball’s 2023 recruiting class.

In addition to Bronny, LeBron and Savannah also have a 13-year-old son named Bryce and a six-year-old daughter named Zhuri. Bronny and Bryce were already born when LeBron proposed to Savannah in 2011 (the two were married in Sept. 2013). Zhuri arrived the following year.

Photos: Alia Bhatt heads out for a meeting at Sanjay Leela Bhansali’s office

Lori Harvey Seemingly Responds To Future’s “Tell Steve Harvey I Don’t Want Her” Lyric: “I Just Try To Stay Up Here & Take The High Road In Every Situation” – The Shade Room 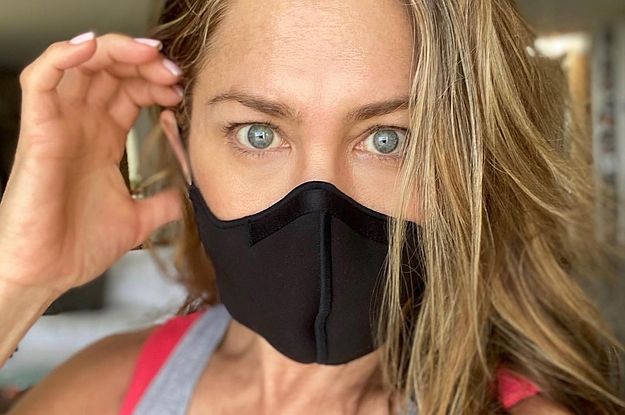 During a recent interview with InStyle, Aniston revealed she had to cut some people off because they didn’t want to get vaccinated from COVID-19 or reveal their vaccination status.

“I’ve just lost a few people in my weekly routine who have refused or did not disclose [whether or not they had been vaccinated],” she said, “and it was unfortunate.”

“I feel it’s your moral and professional obligation to inform, since we’re not all podded up and being tested every single day,” Aniston continued.

“It’s tricky because everyone is entitled to their own opinion — but a lot of opinions don’t feel based in anything except fear or propaganda.”

The Morning Show star said “it’s a real shame” that “there’s still a large group of people who are anti-vaxxers or just don’t listen to the facts.”

When the U.S government encouraged people to wear face masks during the pandemic, Aniston tried to get her 37 million followers to do the same.

The actor spoke out against people who criticized wearing face masks by talking about her friend Kevin who was hospitalized with COVID-19.

“Just think about those who’ve already suffered through this horrible virus,” she wrote on Instagram. “Do it for your family. And most of all yourself. COVID affects all ages.”

Aniston couldn’t be any more right. She’s doing what she has to do to stay healthy, even if it means losing a few friends along the way.

Keep up with the latest daily buzz with the BuzzFeed Daily newsletter!

Whew, talk about flying the unfriendly skies! With all the drama surrounding travel right now, it doesn’t seem like things are getting better after a Frontier Airlines flight crew was temporarily relieved of duty for duct taping an unruly passenger.

The passenger in question is accused of inappropriately touching two flight attendants and assaulting another during a recent flight from Philly to Miami.

The airline told TMZ that the passenger “needed to be restrained” until the flight landed and police arrived.

Despite the guy’s wild actions, members of that flight crew were suspended as their bosses reportedly felt they may have crossed a line by duct taping the man.

In the video, you see the young guy going off on passengers, yelling at them saying that his parents are worth $2 million among other ramblings.

He’s also seen cussing out the flight attendants who were trying to get him to calm down.

Eventually, the dude throws hands with a male flight attendant and was then restrained to a seat with a ton of duct tape as the rest of the passengers watched and cheered in relief.

The man was later identified as Max Berry. The whole incident began when Berry exited the airplane bathroom shirtless after he allegedly spilled a drink on himself. As some attendants helped him get a new shirt from his bag, he allegedly groped some female flight attendants’ breasts, which was right before the camera started filming him.

When the plane landed, Berry was arrested and booked on several charges.

Frontier says it’s working with law enforcement to prosecute the passenger, and the airline says the crew members’ paid leave is in line with their policies as it investigates the incident. 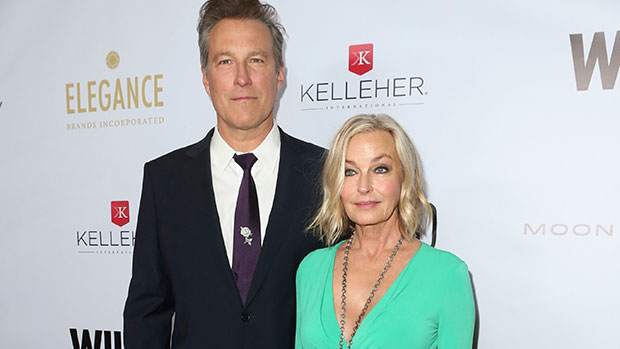 Congratulations are in order for John Corbett, 60, and actress Bo Derek, 64. The Sex and the City star, who may be reprising his role in the show’s HBO Max revival series, appeared on the Aug. 3 episode of The Talk and told his buddy, Jerry O’Connell, that he and Bo secretly “got married” around Christmas.

“Jerry, I can’t believe that I forgot to tell you that around Christmas time we got married. Bo and I got married!”, John said. And as you can see in the video below, Jerry O’Connell was shook. “I noticed your ring and I was gonna say something but not on live television, but wow, congratulations!” he said.

🚨Breaking News!🚨
John Corbett reveals exclusive breaking news about his relationship with Bo Derek to the hosts, including his good pal @MrJerryOC 💍 pic.twitter.com/tP1lfjmPL7

John then added, “You know, we’re pretty private people. We didn’t make an announcement. All our friends and family knew but, this is the first time either one of us has said anything publicly about it because really we haven’t had an opportunity. So, you’re my buddy, and now I guess I’m telling all of America or the world. After 20 years, we decided to get married. We didn’t want 2020 to be that thing that everybody looks back at and hated…let’s get one nice this out of it.”

Jerry then joked: “I can’t wait to have our bachelor party!”

Bo is best known for her breakout role in the film 10, and playing Jane Parker in the 1981 film, Tarzan, the Ape Man, while her famous boyfriend is best known as Aiden Shaw to fans, who remember him from the original HBO series Sex and the City, as well as the 2010 film, Sex and the City 2. Bo and John have been dating since 2002, and they first met after being set up on a blind date. So romantic, right?