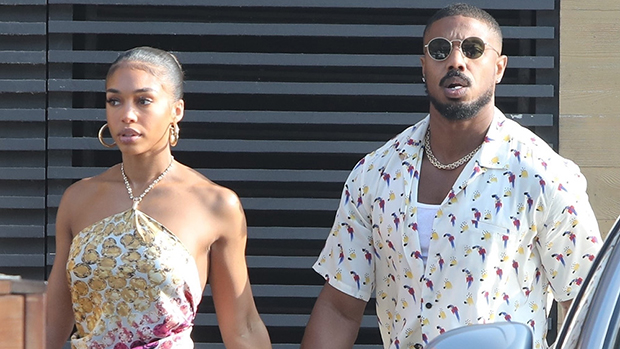 Lori Harvey celebrated her 25th birthday with Michael B. Jordan when she took a nap on his chest while on vacation.

Lori Harvey rang in her 25th birthday in the best way possible on January 13 when she was on vacation with her beau, Michael B. Jordan, 34. She posted an adorable photo of her taking a nap on Michael’s chest. In the photo, Lori rocked a purple snakeskin bikini while Michael covered his face with a towel.

To celebrate her birthday, Lori, Michael, and their friends played some football on the beach and Michael posted an adorable video of the game to his Instagram. He posted the video with the caption, “Happy B-Day to my turtle. My favorite Patna in crime.” In the video, Michael and Lori won and they celebrated by hugging each other and at one point, Lori jumped into Michael’s arms as he spun her around.

So when he posted the photo of Lori adorably napping on his chest, Michael captioned the photo, “All that winning got you tired!!” Michael and Lori are seriously adorable together and they just celebrated their one-year anniversary together in November.

Meanwhile, on December 31, Lori and Michael rang in the new year together and sparked pregnancy rumors when Lori shared a mirror selfie of her and Michael, calling him her “baby daddy.”

While the comment sent fans into a spiral that Lori might be pregnant, she doesn’t seem to be, considering she showed off her toned, fit figure in a tiny bikini while on vacation.

Lori had a fabulous birthday and she showed off her party on Instagram. Guests of the party were treated to merch of sweatpants and a sweatshirt when they arrived, plus passed appetizers, drinks, a dance floor, and so much more.