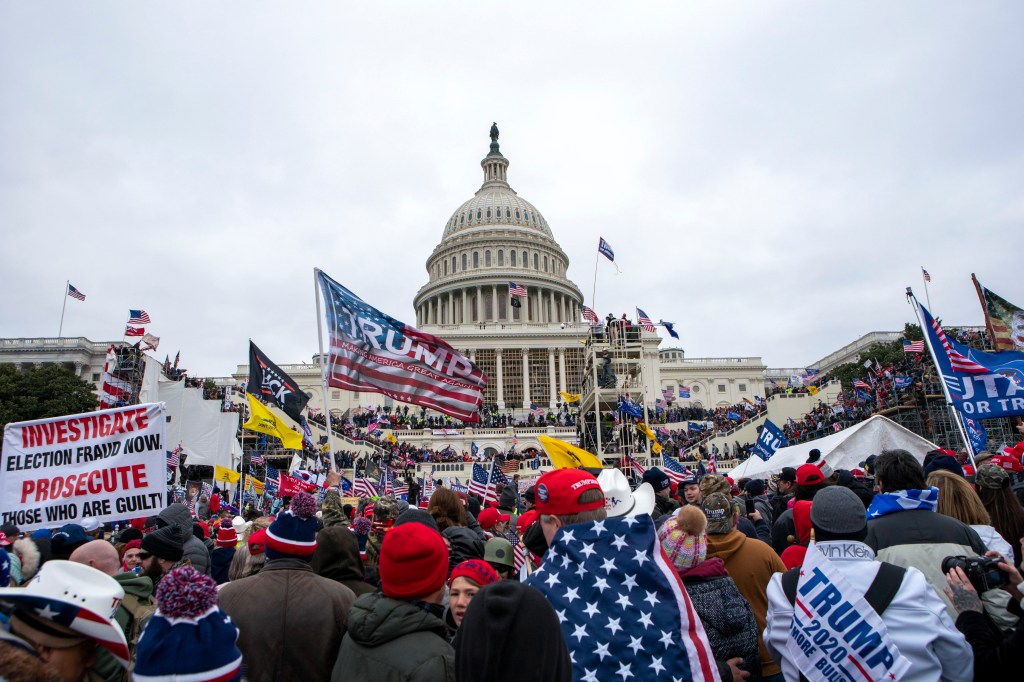 Paramount+ is to memorialize the anniversary of the January 6th attack on the Capitol with a six-part docuseries narrated by Mandy Patinkin.

The Homeland star is narrating Indivisible: Healing Hate and the first episode of the investigative documentary series will debut will debut one year on from the attacks.

The series analyzes the driving forces behind the attack on the Capitol, the rise of far right extremism that fueled the events, and how the country is dealing with the divide.

It will feature interviews with federal and state law enforcement, victims of extremism, accused and convicted extremists, lawmakers, and analysts – uncovering surprising links between January 6, historical events and today’s most dangerous radical frontiers in America.

See It Now was launched in September and projects include The 26th Street Garage: The FBI’s Untold Story of 9/11 narrated by Tom Selleck and Race Against Time: The CIA and 9/11.

XG Productions, which has a first-look deal with CBS Studios, is behind series such as CBS’ The Case of: JonBenet Ramsey and is developing Real Criminal Minds, a non-scripted series based on the long-running procedural with CBS Studios and ABC Signature for Paramount+.

Jim and Tim Clemente set the production company up after their hung up their law enforcement badges; Jim was a profiler in the FBI’s Behavioral Analysis Unit while Tim was a sniper and tactical agent on the FBI SWAT Team. They worked some of the most notorious cases in history including the 9/11 investigation, the DC Sniper, and Saddam Hussein.

Angry mobs stormed the U.S. Capitol on January 6th, 2021. What fueled them? And what must happen for America to heal? Indivisible Healing Hate, streaming January 6 exclusively on Paramount+. pic.twitter.com/ZCjh6vf9bH