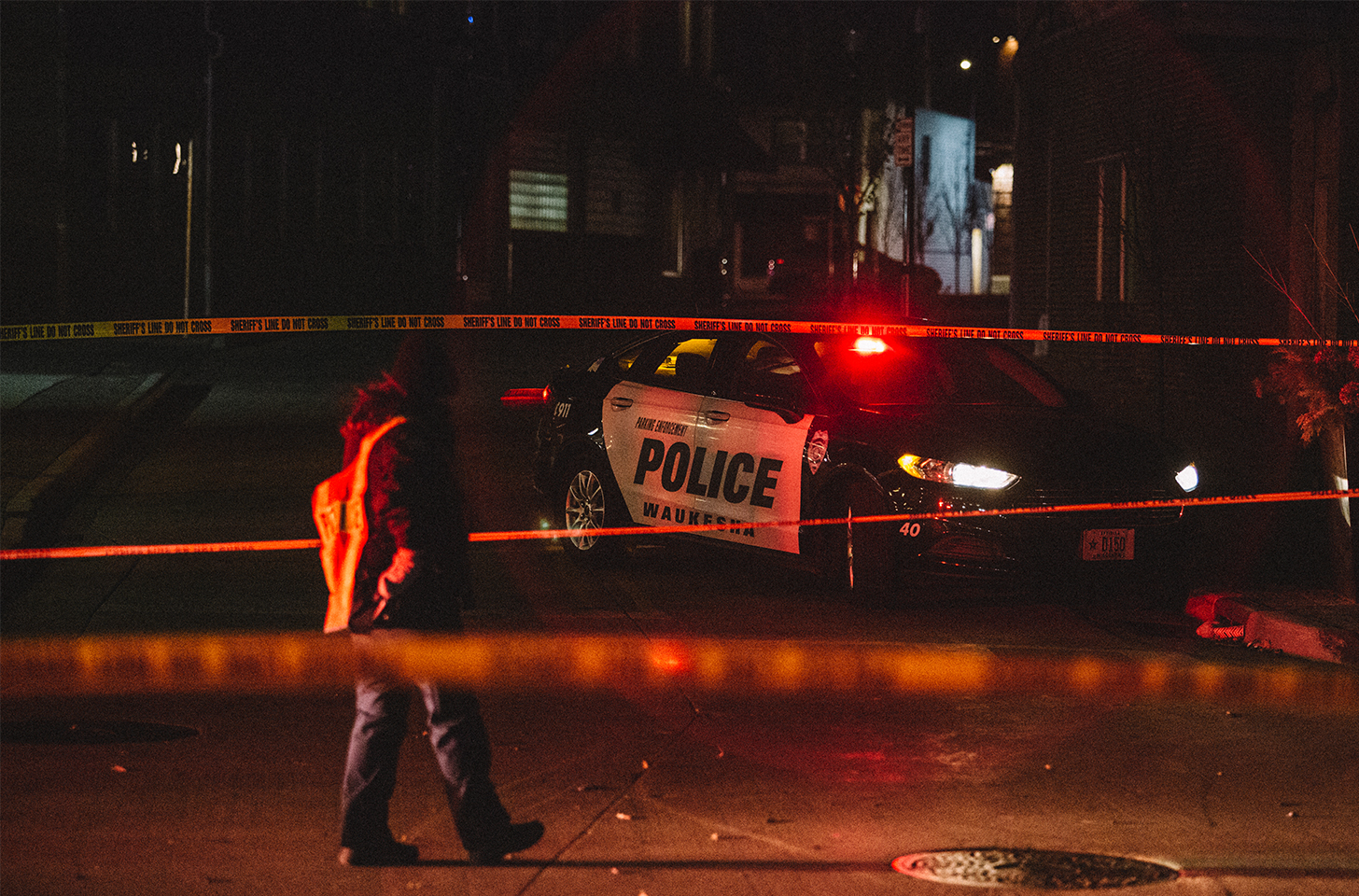 Tragedy struck on Sunday after an SUV drove into a Christmas parade in Waukesha, Wisconsin, leaving at least five people dead and more than 40 injured.

Shortly after 4:30 p.m., the vehicle drove into the crowd, hitting multiple people. “We saw him swerve right into the children from the baseball team. The parents that were marching with them, the one father of the baseball team, had pushed his child out of the way and he took the blunt end of the vehicle. He went down and all chaos just erupted,” said witness Mark Liepski.

‘Person Of Interest’ In Custody

So far, little is known about the driver, but there is speculation that they were fleeing from another incident when he drove into the parade route. Waukesha Police Chief Daniel P. Thompson said there is “a person of interest in custody,” but has not confirmed whether it is the driver of the SUV, or if any other arrests have been made.

A Waukesha police officer opened fire on the car to try and stop the driver, luckily missing bystanders. Thompson said there is no evidence the driver of the vehicle was shooting.

Among the deceased are members of the Milwaukee Dancing Grannies, a “group of grannies that meet once a week to practice routines for summer and winter parades.”

In a statement posted to the group’s Facebook page, they shared, “The Milwaukee Dancing Grannies are devasted by this terrible tragedy with of loss of life and injuries in the Waukesha Christmas parade.” The post continues, “Our group was doing what they loved, performing in front of crowds in a parade putting smiles on faces of all ages, filling them with joy and happiness….Our hearts are heavy at this most difficult time.”

‘No Current Danger’ To The Public

Flags are to be flown at half-mast all over Wisconsin and roads in the area of the tragedy will remain closed for at least 24 hours. Schools in Waukesha have been closed as well. The White House has been notified of the situation and President Joe Biden has been briefed.

“The White House is closely monitoring the situation in Waukesha and our hearts go out to everyone who has been impacted by this terrible incident,” a White House official said. “We have reached out to state and local officials to offer any support and assistance as needed.”

Police said there is no current danger to the public.