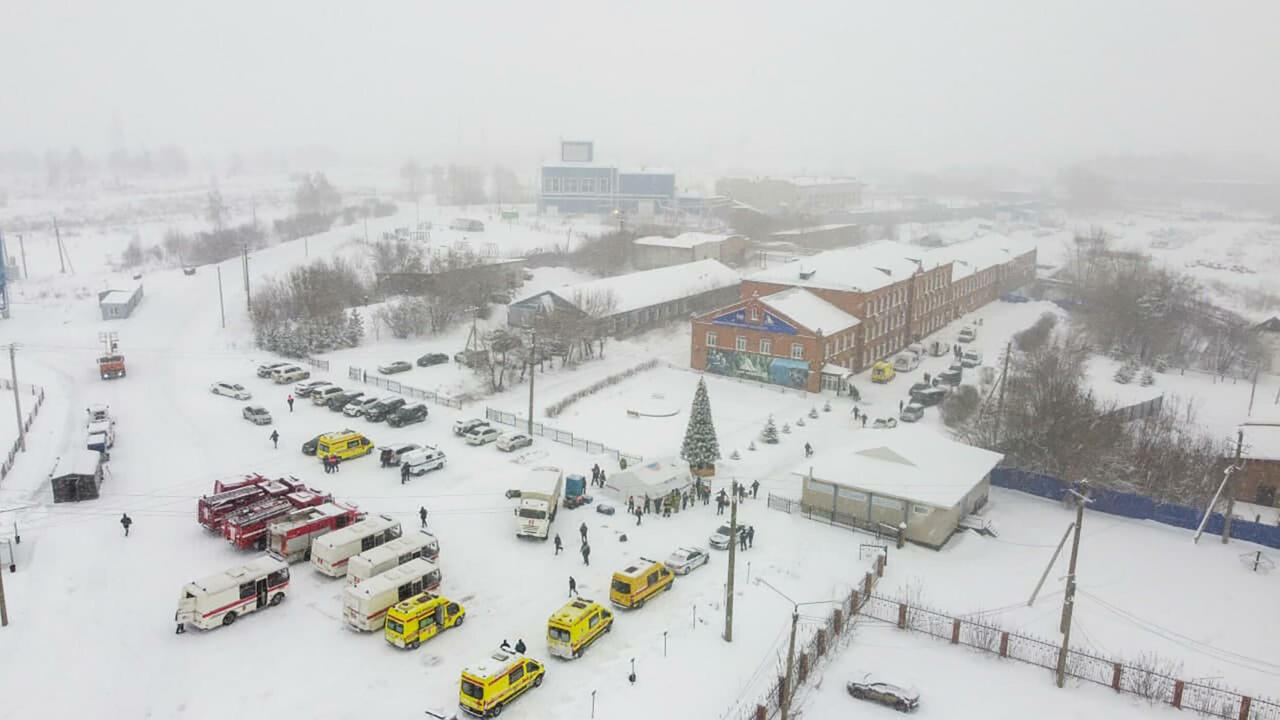 A gas leak in a Siberian coal mine killed at least 52 people on Thursday, Russian news agencies said, including six rescuers who were sent down to try to bring out dozens of men in what was one of Russia’s worst mining disasters in more than 10 years.

The regional Investigative Committee said three people, including the director of the Listvyazhnaya mine and his deputy, had been arrested on suspicion of violating industrial safety rules.

It said miners had suffocated when a ventilation shaft became filled with gas. State television said prosecutors believed there had been a methane explosion.

The fatalities include 11 miners who had already been confirmed dead, 35 who had been reported missing, and the six rescue workers.

Dozens of people were hospitalised, at least some of them for smoke inhalation. Four were in critical condition.

The Listvyazhnaya mine is part of SDS-Holding, owned by the privately held Siberian Business Union. The owner had no immediate comment.

Some 285 people were inside the mine when smoke spread through the ventilation shaft, the Emergencies Ministry said.  Authorities said 239 had made it to the surface.

President Vladimir Putin said he had spoken with the governor and emergency officials, and the Kremlin said he had ordered the emergencies minister to fly to the region to help.

In 2007, the region was the site of the worst mining accident since the collapse of the Soviet Union when an explosion at the Ulyanovskaya mine claimed the lives of more than 100 people. In 2010, explosions at the region’s Raspadskaya mine killed more than 90 people.