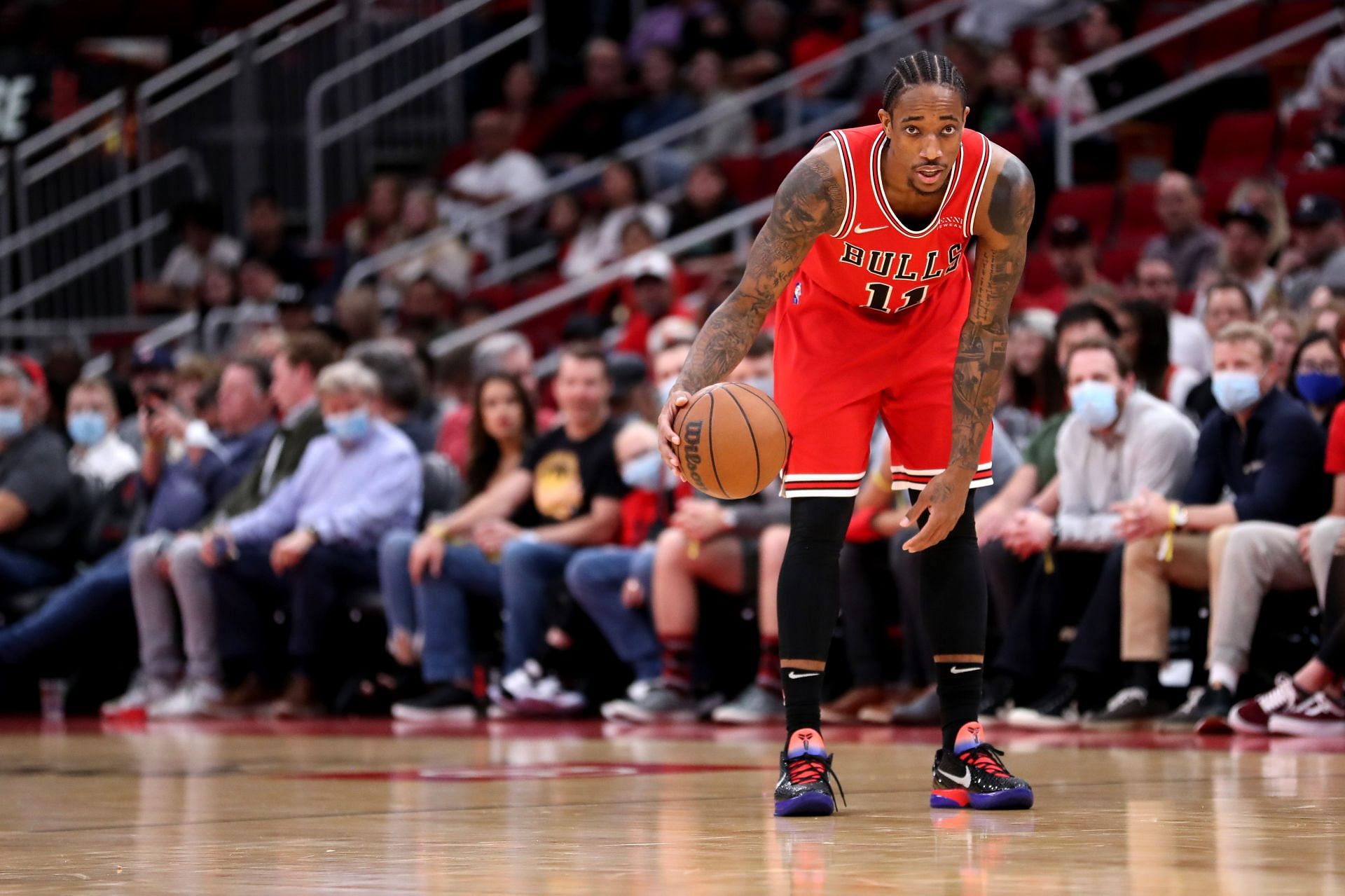 The Bulls’ signing of DeRozan has been one of the best moves of the offseason.

With the win Friday, surprising Chicago moved into a tie for the Eastern Conference’s best record (23-10) with the Brooklyn Nets.

DeRozan has also been one of the best fourth-quarter players in the NBA, helping the Bulls in close games throughout the season.

LaVine, who can be seen in shock after the shot fell, took to Twitter to celebrate and congratulate his fellow star. He tweeted “New Year’s Eve Heave!!!!” as a clever pun, combining the New Year’s Eve holiday with DeRozan’s dazzler.

Before the season, analysts wondered how all the new faces, including many players who needed the ball in their hands, would fit together. However, the team has blended well.

Another star, Nikola Vucevic was one of the first people to celebrate with DeRozan after the shot. He also tweeted out a holiday and congratulatory tweet.

The Chicago Bulls moved into a tie with the star-studded Brooklyn Nets, who have been atop the Eastern Conference for much of the season. Chicago is on a six-game winning streak.

Both teams are in action Saturday night. Chicago visits the Washington Wizards (18-17), while Brooklyn hosts the LA Clippers (18-17).

DeMar DeRozan was the Bulls’ key offseason move. The four-time All-Star was acquired in August in a sign-and-trade with the San Antonio Spurs, for whom he played the past three seasons.

Chicago also added Alex Caruso and Lonzo Ball, who have played vital roles. Despite their impact, DeRozan is the biggest reason for the Bulls’ success.

At 32 years old, DeRozan is having the best season of his career, with a career-high scoring average (26.8 points per game) and a 36.5% 3-point shooting percentage. He is also enjoying the second-best shooting of his career (50.4%) while adding 5.0 rebounds and 4.5 assists per game.

DeRozan has outscored one-time All-Star LaVine (26.3 ppg) and two-time All-Star Vucevic (15.8 ppg, 11.2 rpg). He is also fifth in league scoring. If he keeps up his production and impact, he could end up with a few MVP votes by the end of the season.

The Bulls have been one of the better teams in the Eastern Conference this season, and an enormous credit goes to DeRozan. He has done it on both ends of the court.