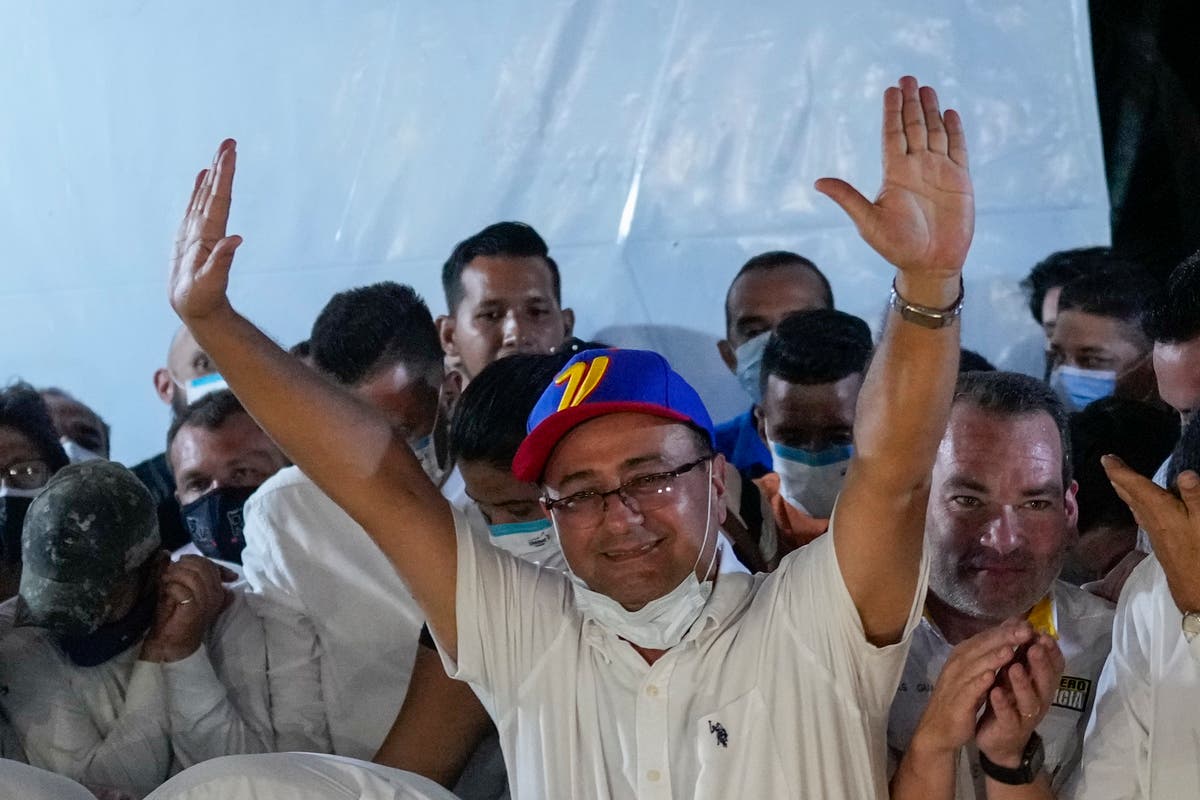 Twice in less than two months, Venezuela’s opposition has prevailed in the gubernatorial race in the home state of the late President Hugo Chávez, shocking the ruling socialist party he founded.

Voters in the state of Barinas on Sunday picked a candidate from the U.S.-backed opposition in a closely watched special election that was called after the contender representing that bloc in November’s regular contest was retroactively disqualified as he was ahead in the vote count.

Sergio Garrido got 55.4% of the vote, according to electoral authorities, defeating former foreign minister Jorge Arreaza, whose campaign drew ruling party heavy hitters in an all-out effort to keep the bastion of Chavismo under their control. The candidates campaigned for roughly five weeks after Venezuela’s highest court disqualified opposition candidate Freddy Superlano and the special contest was scheduled.

Superlano was disqualified Nov. 29 while he was ahead by less than a percentage point over incumbent Gov. Argenis Chávez, one of Hugo Chávez’s brothers. Superlano’s wife, who was chosen as his successor, was disqualified, too. So was her substitute.

Argenis Chávez resigned as governor following Superlano’s disqualification and did not enter the race in the special election, leaving the governor’s ballot free of a Chavez family member for the first time in more than two decades. The ruling party then chose Arreaza as its candidate.

In picking Arreaza, President Nicolas Maduro said the ruling party needed a new candidate “to go to the rescue.” The party rallied its base, urging unity, and even ended a gasoline rationing system that Barinas residents loathed. But it was enough for many people angry over a lack of basic services like gas, water and electricity, deficient health care services and hunger from food scarcity.

Arreaza conceded the contest Sunday evening before any results were announced by electoral officials.

“The information we received from our (ruling party) structures indicates that, although we increased in voting, we have not achieved the objective,” Arreaza tweeted. “I heartily thank our heroic militancy. We will continue to protect the people of Barinas from all areas.”

Before dawn Sunday, government leaders and ruling-party supporters had gathered in a rally, chanting, “Chávez lives, and in Barinas, the homeland continues!”

The significance of the election was not lost on voters.

“I feel in high spirits to participate again so we can finally move forward from this issue that began on Nov. 21,” Luisa Contreras, 70, said before entering a voting center.

Vote counts for the ruling party have been declining since 2017 across the country. About 6.5 million people voted for pro-government candidates during that year’s regional elections. On Nov. 21, that number dropped to about 3.7 million.

Venezuela’s high court, which is one of many government bodies seen as loyal to Maduro’s government, disqualified Superlano even though he had been given a presidential pardon that had made the candidate and other members of the opposition eligible to run in November’s regional elections.

The moves in Barinas raised further doubts about the fairness of Venezuela’s electoral system following the first vote in years in which most major political parties took part.

“Beautiful Barinas, where it started, ends,” opposition leader Juan Guaido tweeted Sunday night, referring to the cradle of Chavismo. “United we will defend the will of a powerful majority that will not surrender, nor will it, until we see democracy again in Venezuela.”

November’s regional elections were monitored by over 130 observers from the European Union, the U.N. and the U.S.-based Carter Center

A preliminary report from European Union observers concluded the contests were held under better conditions than other Venezuelan ballots in recent years but were still marred by “structural deficiencies,” including the disqualification of opposition contenders.

The EU team did not comment on the situation in Barinas, but a report from the Carter Center criticized the court’s intervention.

“There was also a general atmosphere of political repression, and more than 250 people are being held as political prisoners,” the center said. “The tribunal’s recent decision to suspend the tabulation of votes for the governorship of Barinas is another example of its interference in the electoral process.”