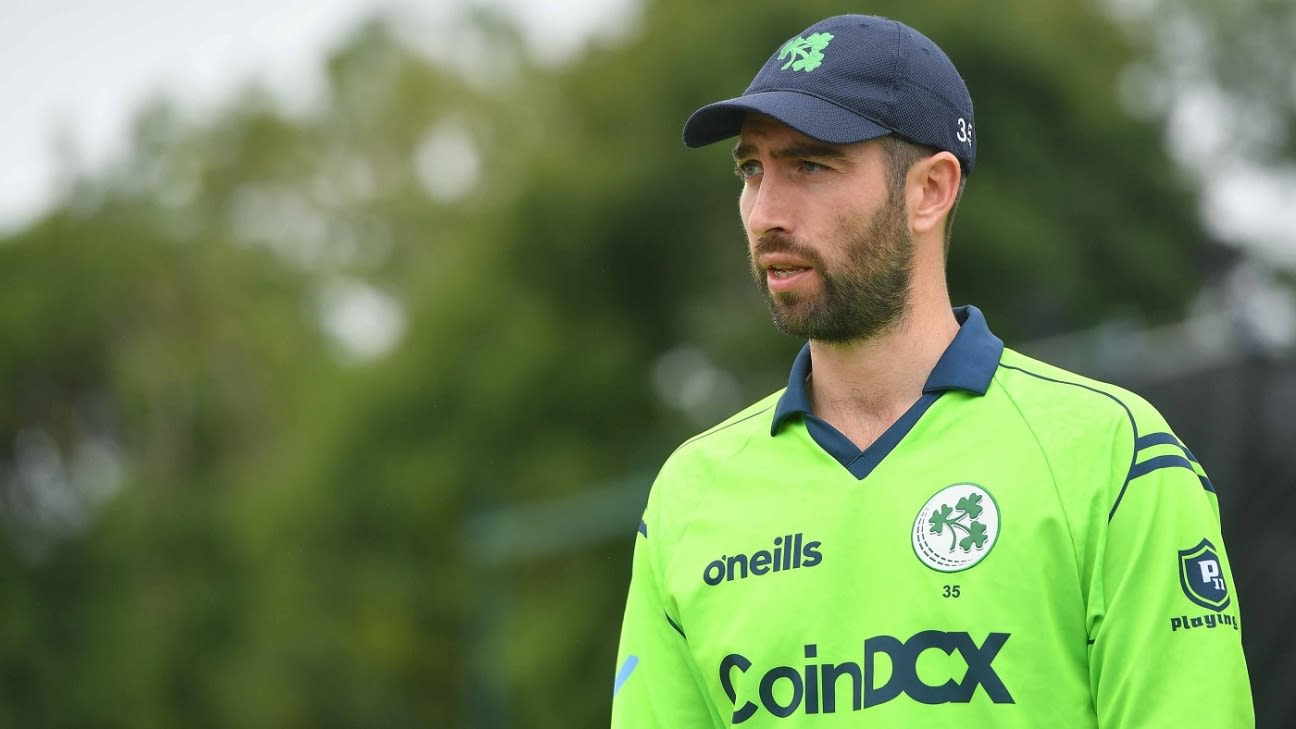 Ireland captain opens up on dealing with the uncertainty of playing or not, and isolation in hotel rooms

Captain Andy Balbirnie said the team’s morale is now “pretty good” compared to how it was in Florida, but opened up on the stressful time the squad went through as positive cases spread in the camp.
The touring Ireland side now prepares for three ODIs and a lone T20I in Jamaica, starting on Saturday. A string of Ireland players had tested positive before the T20Is against USA last month and once the ODIs were called off, Stirling and Getkate tested positive as well. They are expected to join the squad in Jamaica on Sunday.

“The morale is pretty good, it’s better than Florida,” Balbirnie told reporters during a virtual press conference a day before the first ODI. “It was very difficult, some of us had to leave our family members in Florida and come here for this series. I was one of them.

“But as soon as we got into training and international series mode, your focus comes back. You can’t dwell too much on what’s happened. If you do that you’re going to some pretty dark places. We’re lucky we get these opportunities to bounce back on a regular basis.

“Playing with Covid is more challenging off the pitch than on the pitch because you’re worrying about tests, then told to stay in the room till the tests come back and you’re told it’s going to be delayed and you’re literally sitting on the edge of your seat in your room wondering if you have it. At the same time we’ve got a job to do once we cross the white line, no matter what’s going on.”

Even though a lot of players around the world are now vaccinated and squads live in bio-bubbles to play international cricket, Balbirnie said the stress of going through tests again and again was draining and affects players’ mental health.

“It’s hugely challenging. It has a massive effect on your mental health. Like getting a PCR test and sitting in your room for 24 hours, not knowing if you’re going to miss the whole series and to spend 14 days in a room with no balcony, it’s not healthy. I don’t really think you can continue [like that], there need to be ways to look after the players’ welfare or they’ll decide not to go on tour and that’ll be completely understandable. You have to look after them first and foremost as an individual before a cricketer.”

“Getting a PCR test and sitting in your room for 24 hours, not knowing if you’re going to miss the whole series and to spend 14 days in a room with no balcony, it’s not healthy.”

With Stirling and Getkate unavailable for the opening ODI, Balbirnie said it would give one of the youngsters a chance to shine, especially in Stirling’s absence. He also confirmed Ireland would stick to the same top three that played in the warm-up against Jamaica on Wednesday in a five-wicket loss.

“It’s very strange [to be without Stirling],” Balbirnie said. “I think I played a series against Scotland back in 2014 which was the last time I lined up in an ODI without him. It’s massively disappointing to lose him for the first game but at the same time it means someone has to step up now. We need to produce match-winners. Hopefully one of the young guys can have the experience of winning a game for Ireland, that’s why you play the game.”

Vishal Dikshit is an assistant editor at ESPNcricinfo