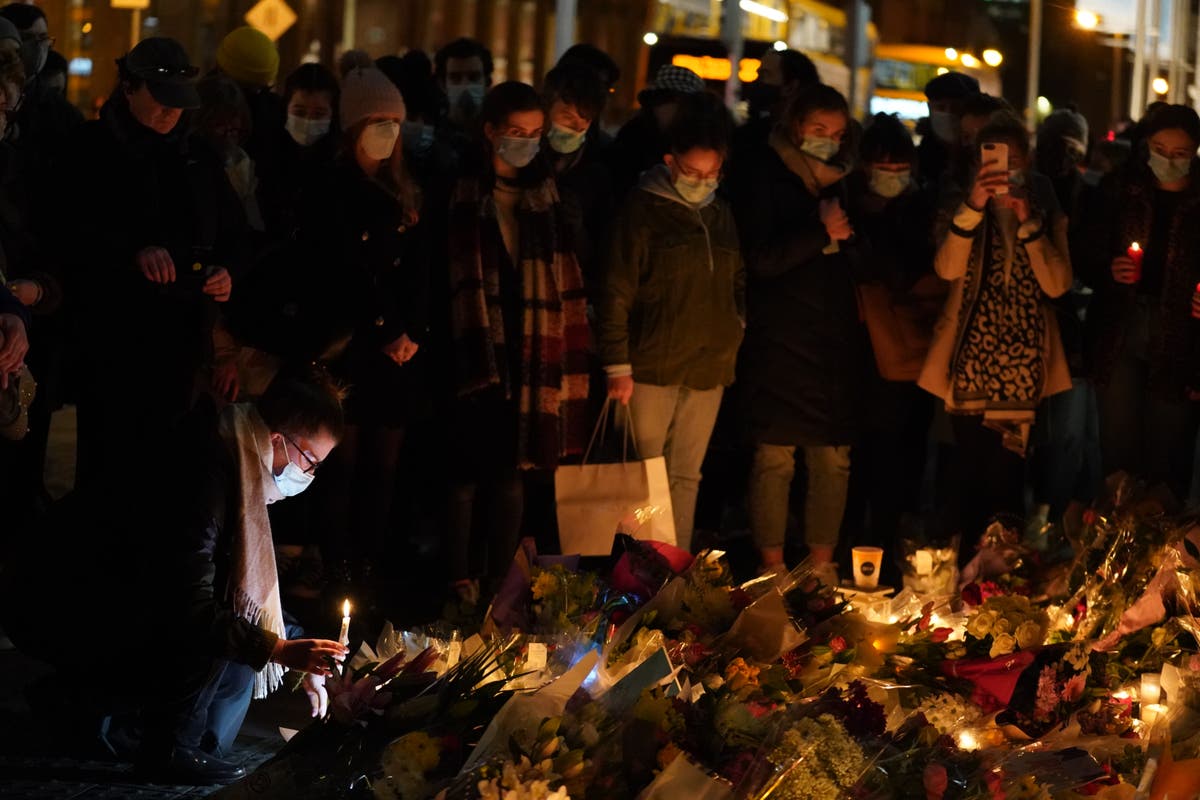 Vigils in memory of murdered primary school teacher Ashling Murphy are being held across Ireland, as police said they were making “significant progress” in their investigation.

Thousands of people have been gathering to pay tribute to the 23-year-old, who was found dead on Wednesday.

She had been going for a run on the banks of the Grand Cana in Tullamore, County Offaly.

Memorials are being held there and in many other towns and cities, including Dublin and Belfast.

Ms Murphy died from strangulation and Irish police are still hunting for the talented musician’s attacker.

The Garda said it had made “significant progress” in its investigation but was not releasing details for “operational reasons”, adding that the Murphy family were “overwhelmed” by the national outpouring of support.

A 40-year-old man arrested following her murder has been released without charge and is no longer a suspect.

Gardai believe the attack was “random” and are now looking for a mountain bike they believe was linked to the killer.

Irish Justice Minister Helen McEntee said she was “thinking of Ashling and all women who are and have been victims of violence”.

“We must come together to demand zero tolerance of violence against women. As minister for justice, I am working to ensure we have a society that does not tolerate this any longer,” she said.

Taoiseach Micheal Martin was among those who stood in silence outside the Dail parliament in Dublin on Friday, while Northern Ireland’s deputy First Minister Michelle O’Neill joined the crowd at City Hall in Belfast.

More vigils and memorial events will be held in the days to come.

In Tullamore, shops, businesses and cafes closed early on Friday, as thousands attended a vigil in a local park.

There were tears as people came to mourn and pay their respects to the teacher. Ms Murphy’s friends were among the traditional Irish musicians who played at the vigil.

Attracta Brady, Ms Murphy’s first fiddle teacher, said: “She was the most beautiful girl inside and out.

“She was a parent’s dream. She was everything you’d want in a daughter. She had integrity, she was honest, she was trustworthy. She was quirky and a little bit cheeky sometimes… and she’d get away with it because she had this beautiful twinkly smile.

“She was never in bad humour, she was always smiling and she absolutely loved her fiddle. Her parents only told me yesterday that she never had to be told to practise. She was bright and energetic and everybody loved her.”

“We remember her heartbroken family, her colleagues in work, in music, in sport, in friendship and her young pupils in first class who loved their teacher,” he said. “This is a time of grief beyond words.”

“We stand together, united with groups all over our country, and indeed beyond, united with women who fear and know the trauma of violence. United in grief, in anger, in shock.”

Earlier, Taoiseach Mr Martin said the murder had “united the nation in solidarity and revulsion”.

“No stone will be left unturned” in bringing the culprit to justice, he promised.

Ms Murphy’s death has sparked fresh debate about the safety of women in Ireland, with many asking how such an attack could have happened in broad daylight.

Tanaiste Leo Varadkar said: “We, as a society, need to face up to this. There is an epidemic of violence against women. It’s been going on for millennia, quite frankly.

“Men and boys I think, in particular, have a responsibility to start to have that conversation among ourselves about the kind of factors, the kind of attitudes, that give rise to feelings that engender men to commit acts of violence against women.”

Gardai continue to appeal for witnesses and have asked anyone with information about a Falcon Storm mountain bike to come forward. It had straight handlebars and distinctive yellow-green front forks.

Ms Murphy’s family described her as a “special girl” and a “little angel”.

Her father Raymond told The Irish Independent: “She was a great worker, with great drive. A marvellous musician.

“She crammed so much into her short life.”

Floral tributes have been left outside the gates of Durrow National School, where Ms Murphy taught. She was loved by her pupils, and staff described her as “a very professional and talented young teacher”.

They said they were “utterly devastated by the passing of our dear colleague and friend”.