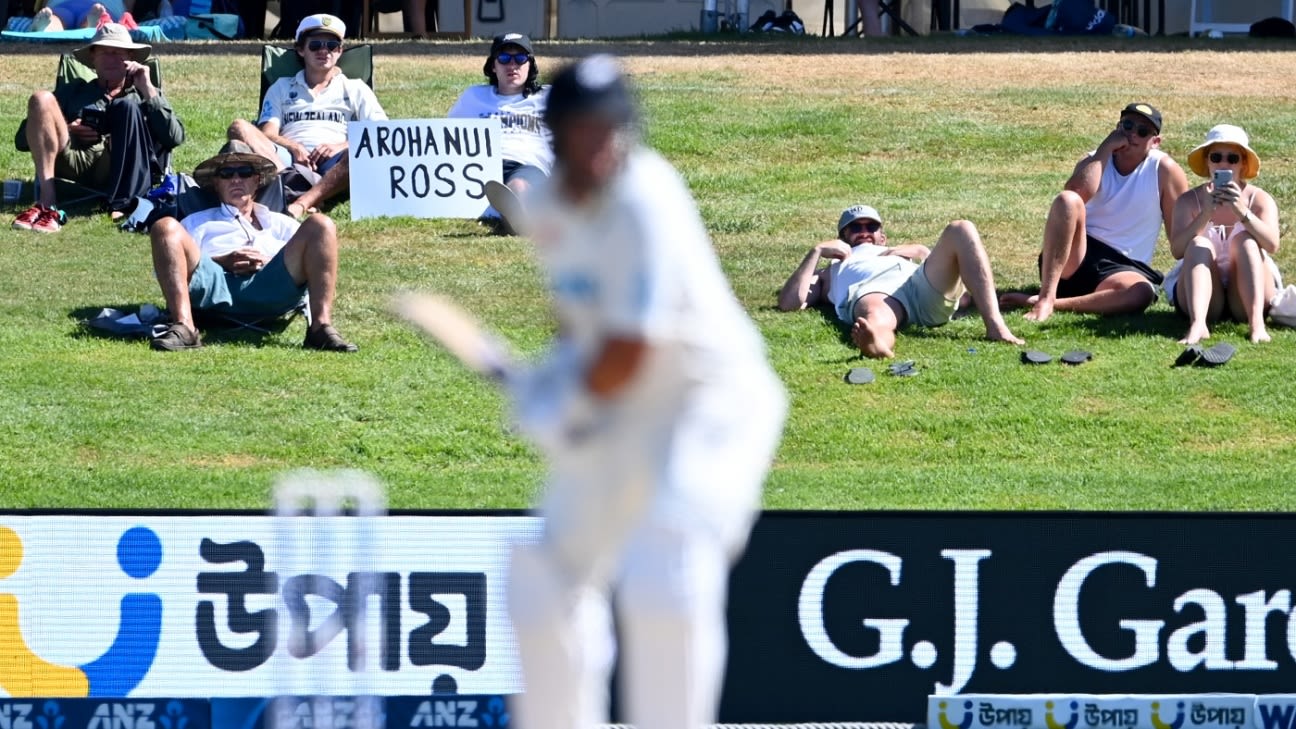 Ross Taylor will soon be spending a lot less time on the cricket field and there’s at least one person who’s going to be fairly happy about that.

“My daughter still hasn’t grasped the concept of five-day cricket yet. When I got out the other day she said, ‘Come on, Dad, let’s go home’.”

Come Sunday, Taylor will be playing his final Test match of a career that began in 2007. He has seen great highs – hitting the runs that made New Zealand the first-ever Test world champions – and great lows, especially during a captaincy stint that went horribly wrong.

“It doesn’t feel like it, my last game,” he said. “It hasn’t really dawned on me just yet. I suppose when you’ve still got one-dayers to go… if it was my last game full stop, then definitely it might feel a little bit different.”

New Zealand will play Australia across three ODIs and three T20Is later this year. Perhaps that might be the time Taylor really figures out what it means to hang up those well-worn boots. For now, his focus is on bouncing back from 1-0 down against a fighting Bangladesh in Christchurch.

“It’s all to play for here at a ground that we know well. I still think we’re learning how to play in the Mount,” he said. “But we know what to expect a lot more here than we did in the Mount (Maunganui), I think. It’s going to have bounce and carry the whole time. There’s going to be a lot of grass on it. It’s conditions that us batters are used to and I’m sure our bowlers are as well.

“So, if we win the toss, we’re more often than not going to bowl and if you’re batting first, you’ve got to scrap through. Sometimes our lower order has got us out of trouble. So just trying to scrap to 200 can be well above par. We’ll just have to wait and see.”

New Zealand have played eight Test matches at Hagley Oval. And they have lost only one of them. Mount Maunganui is a relatively newer ground which has hosted only three Test matches so far, and Ebadot Hossain, in particular, used it to throw up a challenge that, in Taylor’s estimation, they weren’t ready for.

“They were patient, they brought the stumps into play, they made us hit straight down the ground and a lot of our players probably haven’t faced reverse swing for a majority of their careers,” he said. “It’s probably only been sporadic in the domestic circuit. And they bowled very well with it. Got it going both ways. But here, in Christchurch, the conditions will suit us a lot more than they probably did in the Mount.”

“Oh 100%. But there’s aspects that I won’t miss as well. But, you know, all good things have to come to an end. I’m not only looking forward to this Test match, then hopefully a few more one-dayers, and then on to the next chapter”

So are things falling in place for a memorable Taylor farewell?

“As a team, we definitely want to try and turn things around and send him off in a nice, positive way,” team-mate Devon Conway said. “It’s been a real honour to play alongside him even though it’s been sort of five Test matches for me personally but just to be in and around Ross in that change-room, it is an honour.

“We spoke about it as the game ended in the Mount last week. We said we needed to try and bounce back and send him off on a positive note and try and remind him as to what he’s done throughout Test cricket.”

“Aw, jeepers – he’s set the bar very high,” Taylor said. “Jeepers! As I said, it’d just be good to have a win, I think. Get our first win of the summer under our belt. But in terms of being Bazesque, yeah, I don’t think there’s going to be many people who are going to be able to do what he did in his last match.”

If there was one thing that Taylor did want from his final Test match, it was to do well for his friends and family. “They’ve been a big part of my career today,” he said. “We’ve got a lot of the young kids that are in the side and I’ve been fortunate now that my kids are a bit older that they’ve been able to see me play, watch Dad go through the ups and downs and they’ve experienced a lot of things that I’m sure if it wasn’t for cricket they wouldn’t have been able to see. So yeah, it’s cool to have them here and hopefully we can turn up and play cool.”

And will he miss the grind? “Oh 100%. But there’s aspects that I won’t miss as well,” Taylor said. “But, you know, all good things have to come to an end. I’m not only looking forward to this Test match, then hopefully a few more one-dayers, and then on to the next chapter.”

Alagappan Muthu is a sub-editor at ESPNcricinfo