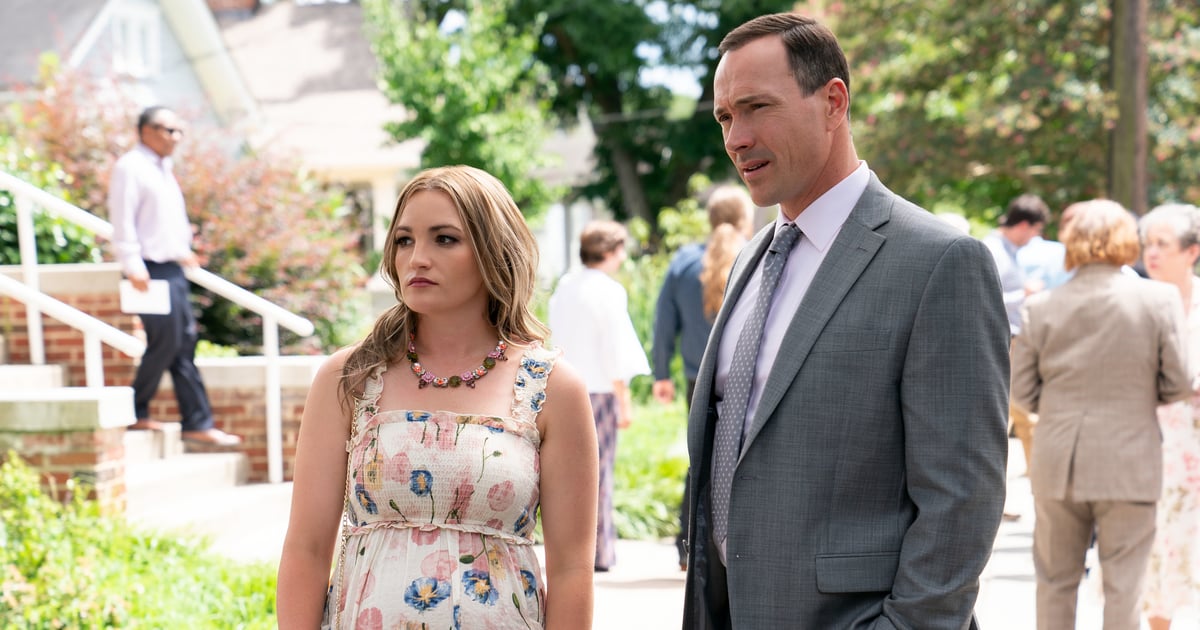 We may have to wait another year for season two of Sweet Magnolias to hit Netflix, but production is officially in the works! On May 4, Deadline confirmed that the romance drama series has begun filming with a 2022 debut in mind. Netflix has yet to announce a premiere date, but we do know that Jamie Lynn Spears (Noreen Fitzgibbons), Dion Johnstone (Erik Whitley), and Brandon Quinn (Ronnie Sullivan) have all been promoted to series regulars for the upcoming season.

Sweet Magnolias follows best friends Maddie Townsend (JoAnna Garcia Swisher), Dana Sue Sullivan (Brooke Elliott), and Helen Decatur (Heather Headley) as they try to balance their careers with their personal lives while living in the small town of Serenity, SC. Season one left us with a major cliffhanger after a car accident on prom night resulted in the injury of Maddie’s son Kyle (Logan Allen) and an unknown passenger. The big question that still remains is: who was in the car with Kyle? Guess we’ll find out when Sweet Magnolias returns to Netflix next year.

Tallulah Willis Is Engaged to Dillon Buss: See Her Ring

After his release from jail, Josh Duggar is reportedly allowed ‘unlimited’ visitation rights with his six kids! This comes following the reality TV star’s arrest for child pornography possession.

With that being said, there is one very important condition – his wife, Anna Duggar must also be there when he sees the young ones!

RELATED: Jinger Duggar Slammed For Giving This Nickname To Her Baby Daughter!

Furthermore, Josh is not allowed to interact in any way with other minors.

This is the arrangement put in place until his July trial and the decision was ruled by an Arkansas court yesterday after Josh begged them to release him on bail until his trial so that he could be with his pregnant wife expecting their seventh child together.

The Judge dealing with the case, Christy Comstock, stressed that she ‘cannot in good conscience’ allow Josh to go back home but has allowed him to have unlimited time with the kids as long as the mother is also there.

RELATED: Did Counting On Star Jana Duggar Make A Pact With Her Twin John David To Only Marry For Love?

She went on to tell him during the hearing that ‘I recommend that you govern your actions by thinking about where you might go and who you might encounter. You might not ought to go to birthday parties, family dinners, church activities,’ as to avoid getting into contact with any minor.

Josh has been released to family friends Lacount and Maria Reber, being on house arrest on their property until his hearing in July.

During this time he is required to wear a GPS tracking device all the time with no exceptions.

He is also not allowed to use any electronics, having zero access to the internet and has been asked to surrender his passport.

In the case that he violates any of these conditions, Josh’s sentence could be increased by 10 extra years!

The reality TV celeb has pleaded ‘not guilty’ but this is not even his first sexual abuse scandal.

Back in 2015, the man admitted to having molested his young sisters and a babysitter when he was still a teenager.

While the crime had been investigated by police in 2006, the family chose to keep it a secret and sent him to prayer camp, hoping that would help with his urges. It obviously didn’t!

Princess Beatrice is enjoying a day out with a friend!

The 32-year-old royal shared a laugh with a friend as they ate lunch outside of Scott’s Restaurant on Tuesday afternoon (May 4) in the Mayfair neighborhood of London, England.

PHOTOS: Check out the latest pics of Princess Beatrice

After lunch, Princess Beatrice was spotted chatting on the phone as she continued on with her day.

Princess Beatrice‘s latest outing marks the first time she has been spotted out since attending her grandfather Prince Philip‘s funeral last month.

She attended the funeral with husband Edoardo Mapelli Mozzi, whom she married in July 2020.

In a rare interview, Princess Beatrice spoke candidly about being a stepmom to Edoardo‘s 5-year-old son. Here’s what she said.