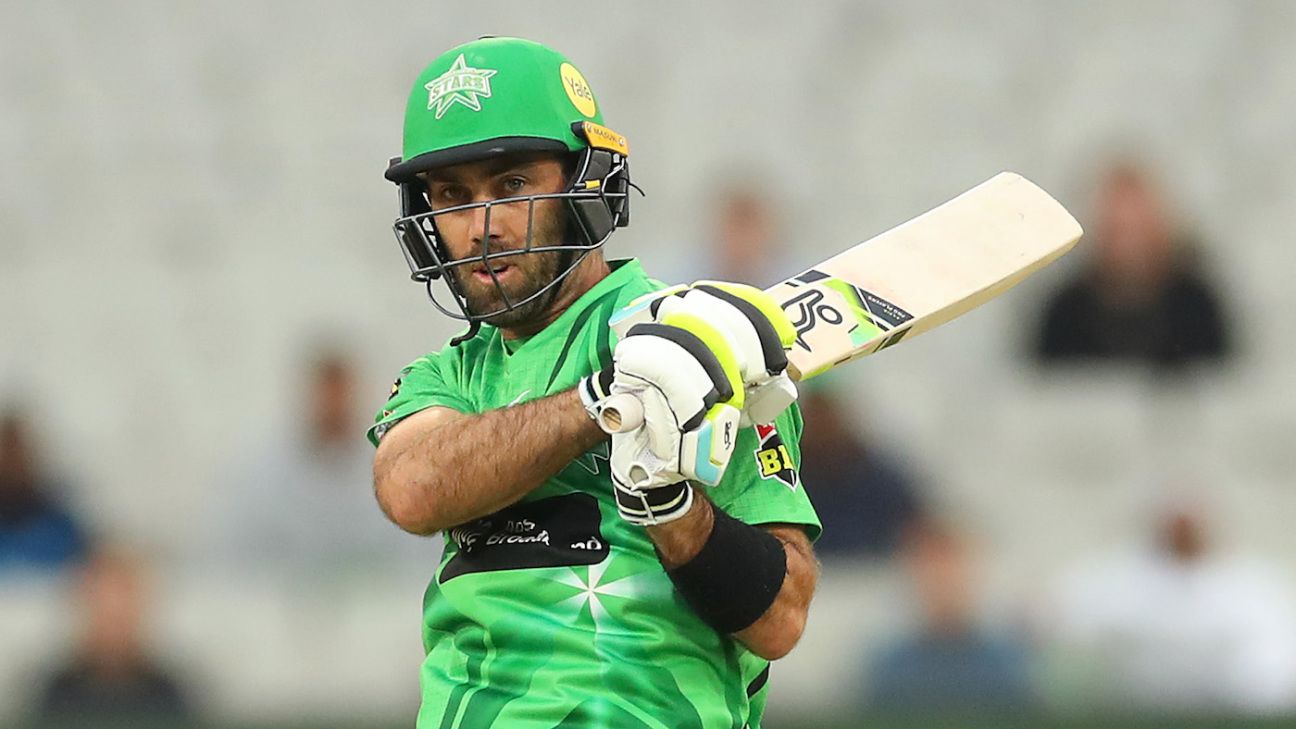 Maxwell will lead a depleted Stars’ side as 10 players and eight support staff contract Covid-19, Scorchers have had one player test positive while another is a close contact

Three more Melbourne Stars players have contracted Covid-19 but Sunday’s clash with Perth Scorchers at Junction Oval will go ahead despite 10 Stars players and eight support staff being in isolation. A Scorchers player has also returned a positive Covid-19 test and another is in isolation awaiting a result.

Stars have named a completely revamped squad and coaching staff for Sunday’s clash after Covid-19 ravaged the club following an initial case that was detected on December 30 causing an earlier fixture with Perth Scorchers to be postponed.
Scorchers will miss two players and one coach from their squad. Batter Nick Hobson returned a positive PCR Test while fast bowler Matthew Kelly and batting coach Beau Casson have been deemed close contacts and are in isolation as a precaution. Mitchell Marsh and Josh Inglis are also unavailable after they were called up to Australia’s Test squad after Travis Head was ruled out of the Sydney Test due to Covid-19.
Stars confirmed seven players and eight support staff returned positive PCR tests on December 31 and all are isolating for seven days under Victoria government health rules. A further three cases were confirmed late on January 1. The Stars also have a derby against Melbourne Renegades on January 3 before most of their Covid-19 cases are out of isolation.
Stars will still be captained by Glenn Maxwell but they have called up six players to supplement the squad as per BBL rules. Tasmania Sheffield Shield batter Charlie Wakim and former Sydney Sixers batter Justin Avendano have been flown in. Victoria squad member Xavier Crone comes in as bowling cover while Victoria premier cricketers Patrick Rowe, Tom Rogers and Lachlan Bangs have all been called up. Rowe and Rogers played in Victoria’s two most recent second XI matches and Rogers is coming off an unbeaten 200 from 151 balls for Ringwood against Prahran in a 50-over first grade match just prior to Christmas. Rowe was Australia’s wicketkeeper in the 2020 Under-19 World Cup while Bangs is a left-hander from Prahran.
Pakistan fast bowler Haris Rauf returns to Stars for the first time this season.
Coach David Hussey and his entire team of assistants are also in isolation with Victoria state coach Chris Rogers called in as interim coach. Stars’ WBBL coach Jarrad Loughman and former Victoria, South Australia and Adelaide Strikers wicketkeeper Adam Crosthwaite will be Rogers’ assistants for the next two games.

Alex Malcolm is an Associate Editor at ESPNcricinfo