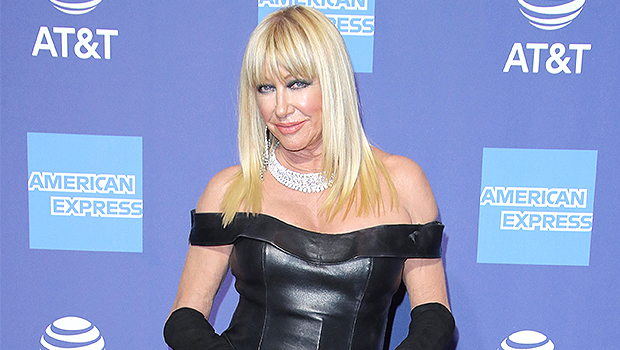 Heartbreaking news. Cameras were rolling when the ‘Three’s Company’ star learned the ‘Full House’ funnyman had died at age 65.

Suzanne Somers, 75, was hit with news her old friend Bob Saget had died while appearing live on Australian television on Jan. 10. Suzanne was mid-interview when the hosts of Studio 10 announced the Full House star was found dead at the Orlando, Florida Ritz-Carlton Hotel on Jan. 9. He was 65. The Three’s Company star seemed shaken by the news, telling host Angela Bishop, “I’m hearing it from you” as she played with a blue shawl draped upon her head.

Suzanne, who appeared as a guest on Full House, remembered working with Bob. She told the hosts, “I would appear on his show from time to time, because right next door at Warner Bros. was my set for Step By Step, where I starred with Patrick Duffy, and we would go over to the Full House set, and it was kind of this wonderful thing that was going on at Warner Bros. at that time.” Still shocked, she stopped herself and said, “I can’t believe it. He’s so young… I’m so, so, so sorry. He was a great guy. Really nice.”

News of Bob Saget’s death emerged Sunday evening after the comic was found unresponsive at a suite at his Orlando, Florida hotel by security around 4 p.m. Eastern Time. He was on the road touring. Just the night prior, Bob seemed in high spirits as he tweeted a message to his Jacksonville, Florida audience. “Loved tonight’s show [at Ponte Vedra Concert Hall] in Jacksonville. Appreciative audience. Thanks again to @RealTimWilkins for opening. I had no idea I did a 2 hr set tonight. I’m happily addicted again to this s***.”
Bob rose to fame as deadpan dad Danny Tanner on the beloved 90s sitcom Full House, where he played a widowed father of three raising his daughters with the help of his quirky friends and family. He also hosted America’s Funniest Home Videos from 1989 to 1997 and in spite of his family-friendly brand, was also renowned for his bawdy stand-up comedy act. He is survived by wife Kelly Rizzo and daughters Aubrey, Lara, and Jennifer.
Post Views: 8
We use cookies on our website to give you the most relevant experience by remembering your preferences and repeat visits. By clicking “Accept”, you consent to the use of ALL the cookies.
Do not sell my personal information.
Cookie SettingsAccept
Manage consent