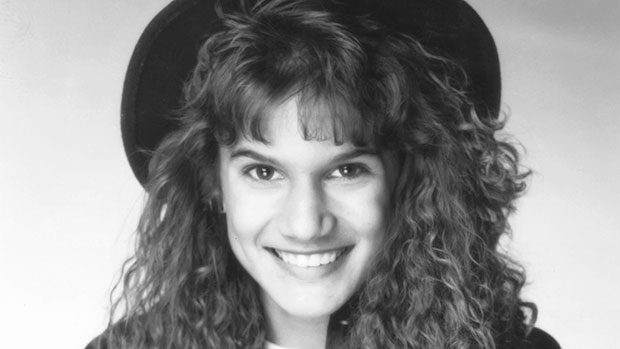 Actress and singer Tiffini Hale died on Christmas after suffering a cardiac arrest weeks earlier. Here’s what to know about Tiffini.

Tiffini Hale, a former star of Disney’s The All-New Mickey Mouse Club, died on Christmas (Dec. 25) at 46 years old. Tiffini’s death was confirmed on Facebook on Dec. 30 by her former co-stars and The Party bandmates Deedee Magno, Chase Hampton, Jeune Pierre (real name Albert Fields) and Damon Pampolina. “Early this month, she suffered a cardiac arrest that resulted in her being left in a coma,” the post read. “After many prayers and with her family by her side, our dearest Tiff took her last breath Christmas morning. She is now resting peacefully.”

Learn more about Tiffini below.

Tiffini was on ‘The All-New Mickey Mouse Club’.

Tiffini was an original cast member on The All New Mickey Mouse Club, which debuted in 1989 as a new incarnation of the series. Her co-stars included Deedee, Chase, Jeune, and Damon. She remained on the Disney Channel show until 1991. Following Tiffini’s departure, Britney Spears, Justin Timberlake, Ryan Gosling, and Christina Aguilera all joined the show.

She was in a Disney pop band.

In 1990, Tiffini, as well as Deedee, Chase, Jeune, and Damon, were chosen by Disney executives to lead a Disney pop band called The Party. They were signed to Hollywood Records label. The group released two studio albums, 1990’s The Party and 1992’s Free, as well as an EP/Remix album, an outtakes album, and a compilation album. Some of their singles included “Summer Vacation,” “In My Dreams,” “Sugar Is Sweet,” and “All About Love.” The Party disbanded in 1993, but got back together in 2013. Tiffini, however, did not take part in the reunion.

She was close with her former co-stars/bandmates.

Tiffini seemed to have a close bond with Deedee, Chase, Jeune, and Damon. She spent so much time with them on The All-New Mickey Mouse Club, and then as members of The Party. In their Facebook tribute to Tiffini after her death, the foursome said that Tiffini’s “beauty, talent, style and fun loving spirit” would “forever live in our hearts and memories.” They signed the tribute from them four, as well as “the entire Mickey Mouse Club Family.”

Tiffini appeared to be especially close with Chasen, who posted his own tribute on Instagram to the late actress/singer. “Part of her magic was that she never knew how incredible she truly was,” Chasen said. “She was humble, she was thoughtful and kind. She was playful and so funny. An incredible singer, character & dramatic actress , and when the music hit her dancing skills to me we’re unmatched by any female pop star since! She was an absolutely amazing performer & I’m so so honored to of had her in my life.” He went on to write that he’s “so incredible torn” that he “will never be able to hug her tight again.” He added about Tiffini, “I Miss You Terribly! Forever my sweet sister.”

In 1993, Tiffini appeared as herself on one episode of the hit NBC sitcom Blossom, which starred Mayim Bialik and Joey Lawrence. She was in the 19th episode of season 3, titled “The Best Laid Plans of Mice and Men.”

Tiffini stepped away from the spotlight long before her death.

Tiffini was inactive in the television/music industry long before her death. Her final Hollywood-related event was in 1994, when she returned to co-host the final season of The All-New Mickey Mouse Club. She also did not rejoin The Party once the band reunited in 2013. R.I.P, Tiffini.