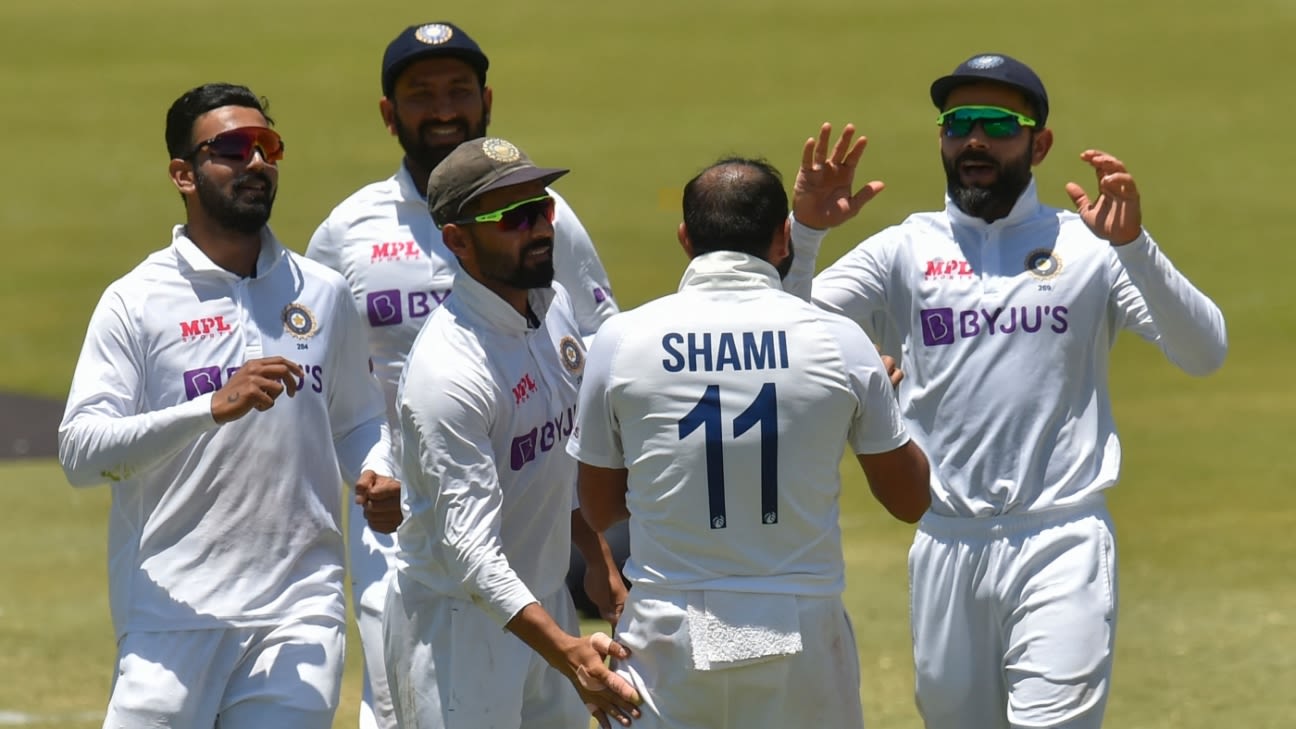 After India’s dominance in Centurion to South Africa’s fightback in Johannesburg, this series is now set for a decider in Cape Town. It could not be more perfectly scripted, or perhaps more unexpected.
Despite South Africa’s strong record against India at home, they came into this series on the back of two years of turmoil (which started when they last visited India in 2019) and there were predictions of the visitors not only winning a first series in this country but sweeping it 3-0. India still have the opportunity to achieve the former; South African resolve has ensured the latter is off the table.

India will still go into this contest as slight favourites, having stormed through fortresses in Australia, England and most recently, at the SuperSport Park. They couldn’t protect their unbeaten record in Johannesburg but may see this as a time for breaking new ground. Newlands is the place for it. India haven’t ever won at this venue but this is a side that thrives on challenging history and have already rewritten some narratives on this tour.

Even with Mohammed Siraj unfit for the third Test, they have plenty in reserve. That means it won’t get any less intense for South Africa’s line-up, which remains very much a work-in-progress. Aiden Markram, especially, is due some runs while the middle order needs to build consistency ahead of two more Test series this season.
India’s soft spot is also the middle-order, although they carry bigger reputations. Cheteshwar Pujara and Ajinkya Rahane were both under pressure but shared in a 111-run third-wicket stand in the second innings in Johannesburg and each brought up a half-century to dim the spotlight on their performances. South Africa’s attack has demonstrated good plans, especially against Pujara, and know that winning those contests can precipitate a collapse.

Of course, there’s always the danger that South Africa have already played their final after achieving their highest successful chase in Johannesburg and they will do themselves a disservice if that’s the case. The Wanderers should be a turning point for them, especially if their cricket is to move beyond the foundation phase of its rebuild.

At times an animated figure on the sidelines in Johannesburg, Virat Kohli will be eager to get back to leading the side, especially as they chase history. Though KL Rahul led relatively well in his absence and was even involved in some heated exchanges on the field with Rassie van der Dussen, he lacked Kohli’s killer instinct. How the returning skipper does with the bat also needs to be seen. Kohli last scored a Test hundred 15 Tests ago, in November 2019, and although his overall Test average remains over 50, it has been 26.08 since that hundred.
Keshav Maharaj has bowled only 20 overs in the series so far, and only two in the last Test, and his most significant role in the series has been as a nightwatchman in the second innings at Centurion. That has resulted in questions over whether South Africa understand how to pick teams for their own conditions. They could have lengthened the batting line-up or added a fifth seamer in Maharaj’s place but neither is likely to come into contention at the most spinner-friendly of this series’ venues. With the threat of R Ashwin in the opposition camp, Newlands is unlikely to be too dry but this venue historically takes turn as the match goes on. Maharaj isn’t the biggest spinner of the ball but given the right opportunity, he can cash in as he did in the West Indies.

South Africa are unlikely to make any changes to the XI that won at the Wanderers. That will mean there won’t be a debut for top-order batters Sarel Erwee and Ryan Rickelton, while seamers Glenton Stuurman and Sisanda Magala also have to wait their turn.

After missing the Johannesburg Test because of upper back spasms, Kohli comes back in, with Hanuma Vihari most likely sitting out. Kohli also confirmed that Siraj, who picked up a hamstring concern at the Wanderers, isn’t fit to play. Either Ishant Sharma or Umesh Yadav could take his place.

The pandemic has kept Test cricket away from Newlands over the last two years, and in that time much has changed about the ground. An office block has been built on what used to be the smaller grass embankment (you might remember it as Castle Corner) and a new groundsman has taken over. Braam Mong will prepare his first international pitch, which is likely to be less challenging for batters than the Highveld surfaces the teams come from. The average first-innings total in the eight first-class matches played at this ground since its last Test in January 2020 is a healthy 361. In first-innings total terms, Newlands ranks sixth among the 68 grounds that have hosted at least five first-class matches in the last two years.

Conversely, wicket-taking is tough. Of the 320 potential wickets which could have fallen since the start of 2020, only 215 have been taken. Seamers have been responsible for 130 of those, at an average of 32.70, while spinners have taken 85 wickets at 34.40.

Cape Town had a week of temperatures above 30 degrees to ring in the new year but that cooled off to 22 on the eve of the match. Things will heat up as the Test progresses, with Thursday expected to top 34 degrees.

“In the last 10-11 years I’ve been playing three formats and the IPL constantly, and the workload is obviously high when you’re performing consistently, and there are training days when you’re working hard in the gym, travelling days – they all accumulate, and somewhere you take it for granted that you’ll play every match, that there won’t be any fitness issues. It’s a strange feeling [to miss a match with injury], but it shows you the reality. You’re playing a sport, and your body will suffer wear and tear, and you need to accept that you’re also human, and you need to view yourself as a human, and if your perspective around that isn’t clear, it can lead to frustration, and that’s not right, because niggles and injuries are very natural in sport.”
Virat Kohli, on what it felt like to sit out the Johannesburg Test with back spasms

“It’s the best I’ve seen Newlands in quite some time. They’re trying to prepare a good Test wicket. They want it to deteriorate over time, over day four and five. It looks like a relatively good cricket pitch. Newlands has never really been known for massive pace and bounce. They want to get us to play five days of cricket. If we implement the basics, from both teams, we will get there. The fact that they’ve got a new groundsman, he is maybe under pressure to prepare a good wicket. Visually, it looks like it’s going to be a good Test wicket. If you bowl well, you are going to reap rewards but if you apply your basics batting, you are also going to get success.”
Dean Elgar, on his expectations from the Cape Town surface