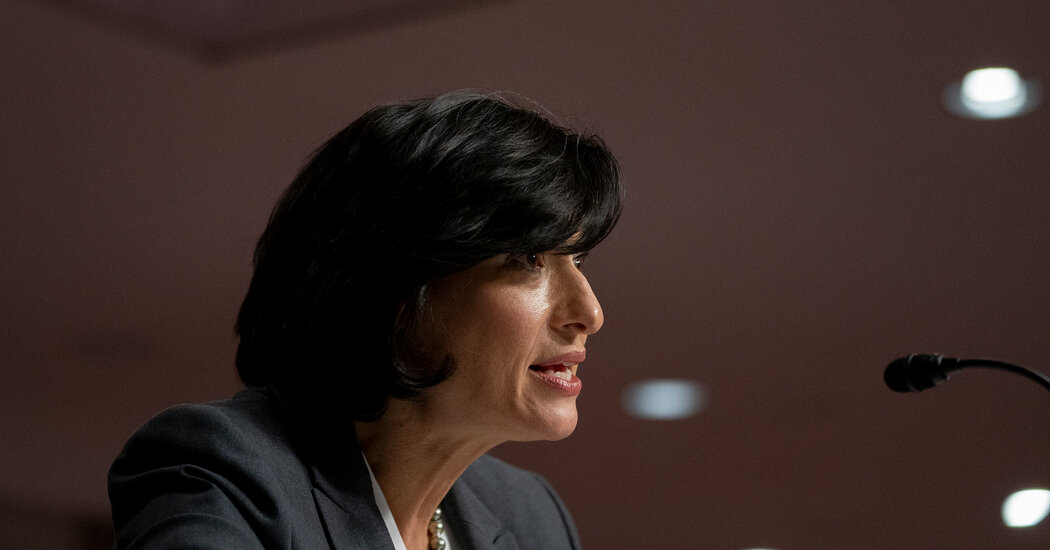 Dr. Rochelle P. Walensky, the director of the Centers for Disease Control and Prevention, on Friday defended the agency’s new guidance shortening the isolation period for people infected with the coronavirus to five days from 10, saying it was “grounded in science.”

Speaking during a sometimes contentious telephone briefing with reporters, Dr. Walensky also responded to criticism that the messaging from the agency has been muddled and opaque, saying that she has appeared at 80 White House briefings since she took office, and has sometimes taken questions multiple times a week.

Friday’s news conference, conducted as the Omicron variant continues to drive a dramatic spike in coronavirus cases, was both rare and remarkable as the agency’s first briefing independent of the White House since former President Donald J. Trump put an end to them in February 2020.

“I hear that you are interested in hearing from the C.D.C. independently,” Dr. Walensky said, adding that she expected the briefing to be the first of many. A number of reporters, seeking information about the complicated decisions the agency makes, repeatedly thanked her.

A highly regarded infectious disease expert with no government experience, Dr. Walensky, who was named to lead the C.D.C. at the start of the Biden administration, has faced many challenges. The agency’s reputation and morale were battered by the Trump White House, which often tried to interfere with its scientific decisions.

Now the nation is heading into the third year of a pandemic with a virus that, Dr. Walensky said, “has been constantly throwing curveballs,” which has been exhausting for health care workers and career government officials on the front lines of the response.

“I think we’re all proud to serve the big, biggest public health crisis of our lifetimes,” said one such official, Dr. Henry Walke, the director of the C.D.C.’s Division of Preparedness and Emerging Infections, who joined Dr. Walensky on the call. “So yes, it’s exhausting. And it’s challenging, but good. Wow. I mean, this is a time to lean in.”

Dr. Walke’s presence on the call was also unusual; C.D.C.’s career scientists have not participated in press calls since Mr. Trump ended them. Mr. Trump had grown enraged Dr. Nancy Messonnier, then director of the C.D.C.’s National Center for Immunization and Respiratory Diseases, warned during a news briefing that the coronavirus would severely disrupt Americans’ lives. Dr. Messonnier left the C.D.C. last year.

Dr. Walensky has encountered intense criticism in recent days for a series of messaging missteps, the latest of which involved the new guidance for isolation, issued last week. Public health experts criticized its failure to recommend that people infected with the virus test negative before ending the shortened, five-day isolation period.

Dr. Anthony S. Fauci, the president’s top medical adviser for the pandemic, and Dr. Vivek Murthy, the Surgeon General, publicly disagreed with the C.D.C.’s failure to include a testing recommendation, further confusing the issue. This week, the C.D.C. clarified that if people had access to tests, they could take them.

CNN reported on Friday that Dr. Walensky had sought out media training this fall; an agency spokesman noted that was “not out of the ordinary” for agency directors. And Dr. Walensky herself said she was “committed to continue to improve as we learn more about the science and to communicate that with all of you” and the public.

At Friday’s briefing, Dr. Walensky faced a barrage of sometimes confrontational questions, including about confusion over the guidance and her scientific rationale for it. She said it was based on a scientific review of dozens of papers analyzing the infectiousness of the coronavirus, although she conceded that many of them were based on variants other than Omicron.

She said it would be weeks before scientists have detailed lab data for Omicron — including data on whether people infected with the highly transmissible variant can get infected with it again.

“We have indication that if you’ve had Delta you are susceptible to infection with Omicron,” she said, referring to the earlier Delta variant of the virus. But, she said, there is not yet any data to suggest “that Omicron protects against Omicron.”