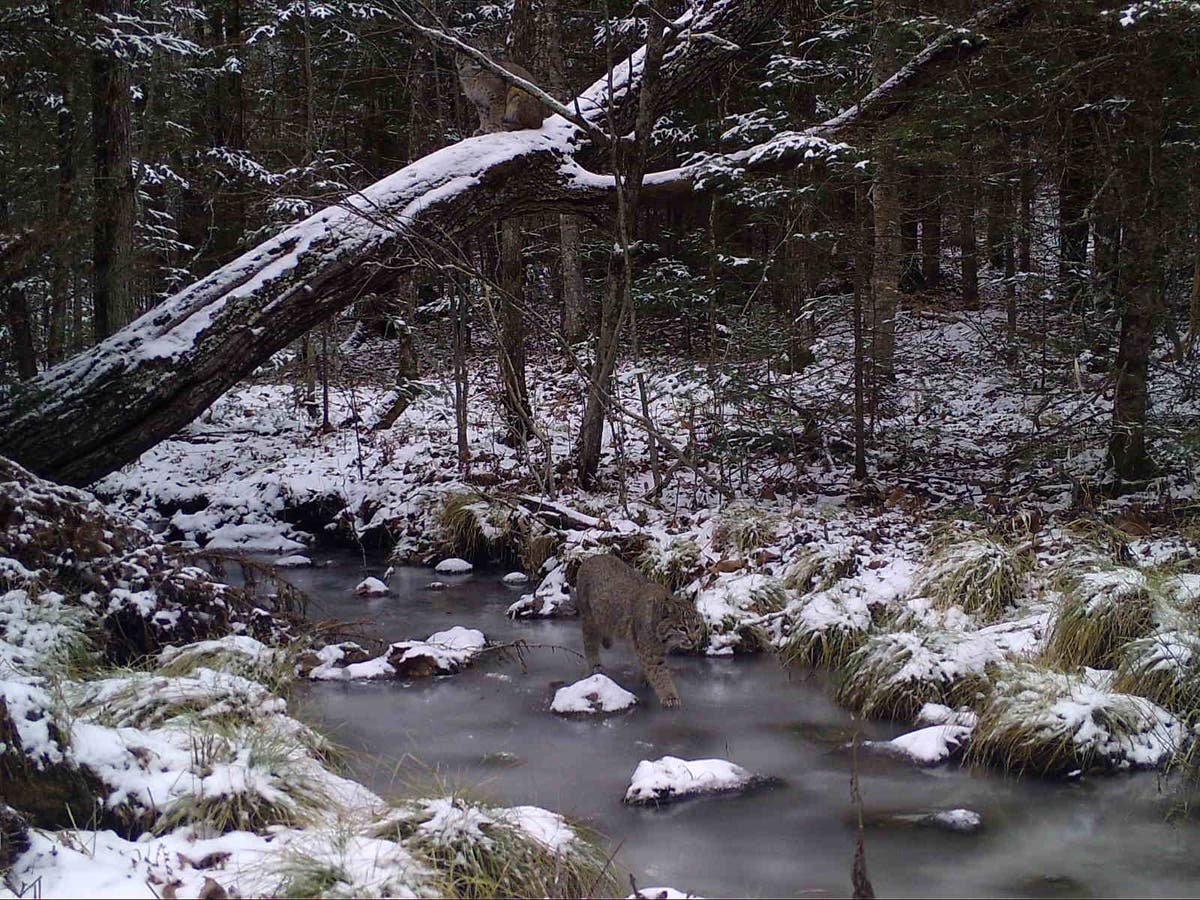 The Wisconsin Department of Natural Resources (WDNR) on Monday shared a rare image of two bobcats camouflaged in a snowy landscape.

In a post on Facebook, the WDNR said, “There are two bobcats in this snapshot from Lincoln County! Can you find both?”

The image shows two bobcats, one walking on what appears to be a frozen stream while another sits atop a tree with frozen snowy branches.

While the bobcats are not hidden, the wintry landscape camouflaged the two animals in such a manner that they can only be spotted on closer inspection.

Bobcats, also referred to as wildcats, are found throughout North America.

The feline creatures are roughly twice as big as housecats and considered to be fierce predators, according to National Geographic.

The WDNR in its post said bobcats are “crafty hunters, and with small prey, they will wait motionless and then pounce. Bobcats hunt small mammals, like eastern cottontail rabbits and snowshoe hares, as well as birds and even reptiles.”

The image was posted by the WDNR as a part of its Snapshot Wisconsin project.

The volunteer-based project is a partnership to monitor wildlife year-round using a statewide network of trail cameras.

“It is also a unique opportunity for individuals, families and students to get involved in monitoring the state’s valuable natural resources,” the Snapshot Wisconsin website says.

After the WDNR posted the photo on its Facebook page, some users commented with their own pictures of camouflaged bobcats that they had managed to photograph around Wisconsin.

Bobcats can run at a speed of 25-20 miles an hour and can jump as high as 12 feet to catch its prey. They have also been known to take down much larger animals like young deer.