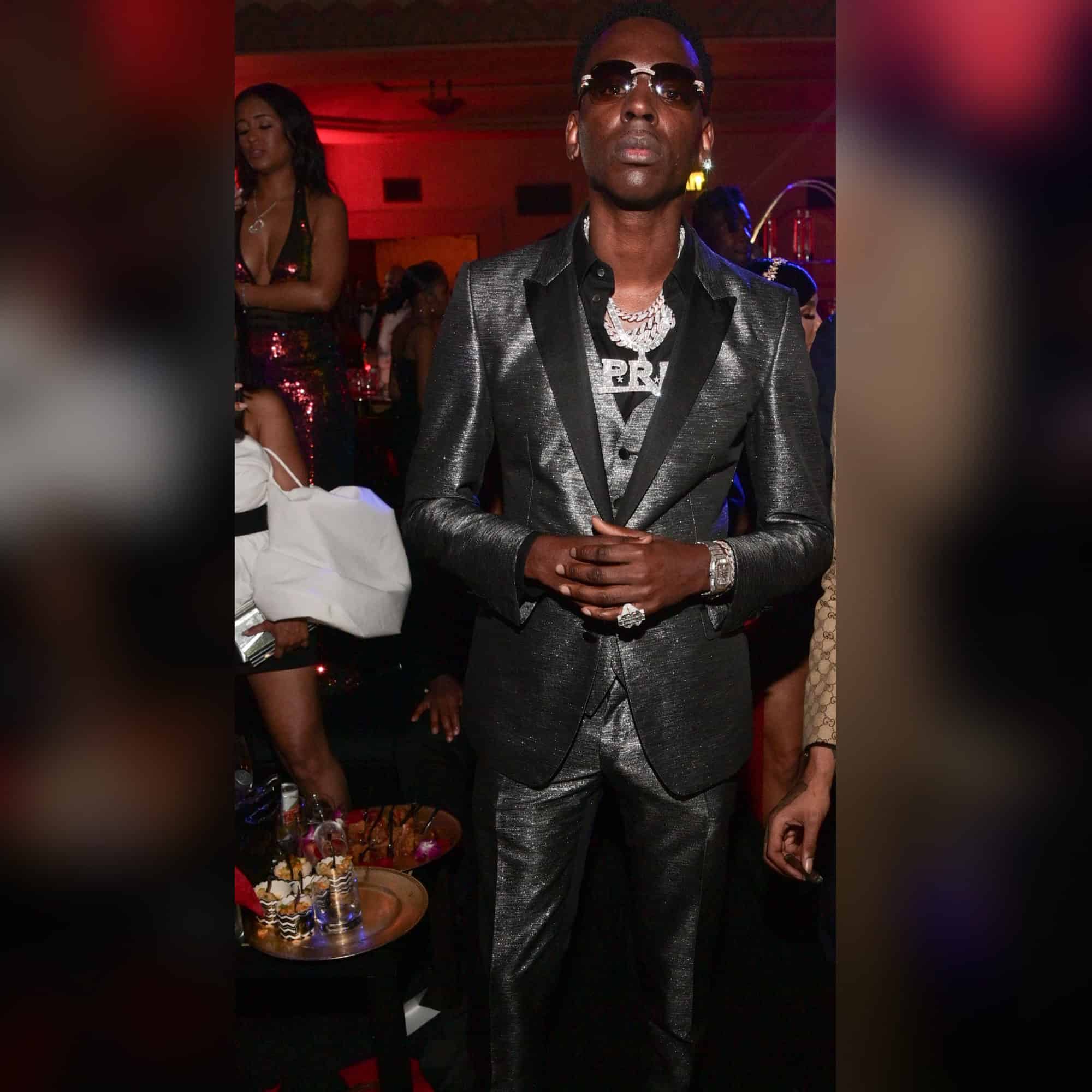 Tuesday, family, and friends came together to pay their final respects to a Memphis legend, Adolph Robert Thornton Jr., better known as Young Dolph. The rapper and father was laid to rest in his hometown of South Memphis. While it was a somber occasion, it seemed to be a homegoing fit for a king.

Local Fox 13 Memphis reporter Jeremy Pierre was on the scene and captured the processional leaving the funeral home, which had a heavy police presence. Jeremy shared that celebrities were in attendance and mentioned R&B singer Monica was there. Monica has been vocal online about Dolph’s role in her life as she recently shared memories of the two in his remembrance.

Jeremy also shared Dolph’s obituary that had warm moments with some of his loved ones, including his grandmother. One of the photos displayed them together as she flew on a plane for the first time. Another page was dedicated to Dolph with his children and wife, Mia Jaye. Dolph was laid to rest at Calvery Cemetery, directly across the street from Hamilton High School, where he attended as a youth. Dolph carried South Memphis on his back and did everything possible to give back to his community.

Last March, he donated $25,000 to schools, which went directly towards new sports equipment and supplies, according to WREG. At the time, Dolph spoke with the station about the large donation stating it was important for students to have someone to look up to.

“That’s why I do it for the kids and youth,” Dolph said. “They look up to me. It would be a different thing if I didn’t know it or didn’t think it or if I was just so into myself that I’m focusing on me or what I got going on. It’s like no, they literally look up to us.” Currently, no one has been apprehended in the fatal shooting of Dolph that occurred on November 17th at Makeda’s Butter Cookies in Memphis. Our thoughts continue to go out to his loved ones. May his legacy live on forever!

Want updates directly in your text inbox? Hit us up at 917-722-8057 or https://my.community.com/theshaderoom